What is the likely outcome if you fail to disclose your assets pursuant to a Court Order?

The issue in the first appeal was whether the Court was entitled to make an “Unless Order” requiring Mr W to comply with an earlier Order for the disclosure of his assets and in default of compliance debarring Mr W from defending the quantum of a claim brought against him and directing judgment to be entered in favour of the Respondents to the appeal, Mrs Carol Forrester and others (Mrs F), in the sum of £1.5 million plus interest and costs.

On 19 December 2011 Mr W was convicted of the murder of his wife, Susan Workman (Mrs W). He was sentenced to life imprisonment with a minimum custodial term of 17.5 years. An appeal against conviction was dismissed. At the time of the murder Mr W was engaged in ongoing financial relief proceedings with Mrs W following their divorce. A final hearing of the financial relief application had been listed for 19 May 2011, but Mrs W was murdered on 7 April 2011. A Freezing Order had been made in the financial relief proceedings on 11 May 2010 but that was discharged by an Order of 19 May 2011 following the abatement of the matrimonial proceedings upon Mrs W’s death.

Mrs F, Mrs W’s sister and executrix of her will, and two of Mrs W’s sons brought civil proceedings against Mr W. A third, elder son, assisted Mr W in the proceedings from time to time. It appeared that before proceedings were brought a substantial proportion of Mr W’s assets had been transferred to the elder son.

The claim brought against Mr W was based upon the tort committed when Mr W killed Mrs W. There were a number of claims for damages a claim that the common law rule of forfeiture ought to apply by analogy to prevent Mr W avoiding what was, Mrs F contended, the highly likely outcome of the financial relief proceedings, namely an award in Mrs W’s favour in the sum of £1.5 million or thereabouts. It was accepted that this was a novel claim.

The proceedings had a tortuous history, predominately brought about by Mr W’s efforts to frustrate them and avoid having to declare his assets.

The claim was issued on 26 January 2012 and on that date Mrs F obtained a worldwide freezing injunction over Mr W’s assets. It is of note that the usual cross undertaking in damages was not required by the Court on the basis that Mrs F was acting in her capacity as executrix and the two sons were of limited resources. Mr W was ordered to make disclosure of his assets on oath within 7 working days.

By an Order dated 9 February 2012 the Freezing Order was continued until further notice and the time for Mr W to make disclosure extended until 16 February 2012. The parties were to make a joint application for a return date which was to be listed not before 23 February 2012.

Mr W failed to acknowledge service of the proceedings and so on 29 February 2012 default judgment was entered against Mr W with quantum to be decided by the Court. The matter eventually came before the Court at a case management conference on 21 December 2012 which Mr W did not attend. At that hearing an “Unless Order” was made in the following terms:

The paragraphs of the Order of 26 January 2012 referred to related to the obligation on Mr W to disclose his assets under oath.

Mr W again failed to comply and so on 29 January 2013 judgment was entered against Mr W in the sum set out in the “unless order”.

On 12 June 2013 Mr W issued an application to set aside the judgment. That application was dismissed in a judgment dated 12 November 2013. An initial appeal against that decision was refused on 30 June 2014. However, permission for a further appeal to the Court of Appeal was granted on the limited ground of whether pursuant to the “Unless Order” judgment should have been entered for a quantified sum in relation to a claim for unliquidated damages without hearing evidence of loss.

By an application dated 16 June 2014 Mr W also applied to set aside the Freezing Order. That application was dismissed whereby on 22 August 2014 Mr W applied for an Order that the original Freezing Order be re-listed. That second application was dismissed on 3 October 2014 but permission was granted to appeal that decision on the basis that although a case management decision it was very unusual for a Defendant against whom a without notice freezing injunction is made to be denied the opportunity of an inter partes hearing.

The issues the Court of Appeal related more to procedural matters and the exercise of the Court’s case management discretion rather than points of law. The novel point regarding the extension of the common law rule of forfeiture was not a matter ultimately the Court of Appeal had to determine.

McCombe LJ gave the lead judgment for the Court of Appeal rejecting both appeals.

In respect of the first appeal the Court of Appeal found that the District Judge who made the original “Unless Order” was entitled to make that Order. The District Judge was aware of the normal procedure for the assessment of damages following a default judgment for damages to be assessed and gave directions for that process in the event that Mr W complied with the orders for disclosure of assets. However, the District Judge was persuaded that Mr W’s long standing default in complying with the disclosure order required the making of an “Unless Order” with the sanction of a further judgment for a specific sum in case of non-compliance. The Court of Appeal agreed that there had been “persistent failure” by Mr W to comply with the disclosure order and that Mr W’s “flagrant contempt” in failing to comply with the Court’s order had the potential to frustrate the damages claim and could not be ignored. Therefore, it was open to the District Judge to make an “Unless Order” in some form and he did not lack the jurisdiction to make the Order that he did. Further given that Mr W had chosen to conduct himself in a manner calculated to frustrate the conduct of the proceedings the District Judge was entitled to make that Order.

Mr W made submissions to the Court of Appeal that some of the heads of damages claimed were novel. McCombe LJ found that it had been open to Mr W to apply to strike out parts of the claim or argue out the legal issues arising. Instead he chose to ignore the Court’s Orders and frustrate the proper conduct of the proceedings.

With regard to the second appeal, McCombe LJ accepted that usually the onus is on a claimant with the benefit of a without notice interim freezing order to facilitate the reconsideration of that Order. But he looked at the matter in the round and found that it was equally open to Mr W to apply to bring the matter back before the Court. When Mr W eventually did so it was 2 1/2 years later and matters had moved on. Further the Court found that Mr W had provided inadequate disclosure of assets and there was clear evidence of dissipation. The Court of Appeal therefore found that the Court below had exercised its discretion correctly and dismissed the second appeal.

From a Practitioner’s perspective,it may be disappointing that the novel point regarding expansion of the common law rules on forfeiture was not examined in detail by the Court of Appeal. However, the underlying facts behind this case are profoundly unpleasant and the case shows that the Court will not be sympathetic to an applicant who has flagrantly chosen to ignore court orders and set out to frustrate the due process of the Court. 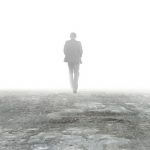 How Bona vacantia estates can turn into new businessProbate
This website uses cookies for functionality and to help us to improve the experience of the website. By continuing to use this website, you accept their use or you can also change your personal settings.