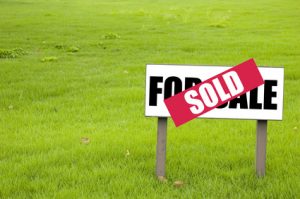 There have been two Court of Appeal decisions in the last twelve months considering the relationship between section 2 of the Law of Property (Miscellaneous Provisions) Act 1989 (“LP(MP)A 1989”) and constructive trusts. Sub-section 2(1), of course, requires contracts for the sale of land to be in writing, signed and to incorporate all the agreed terms in one document. Sub-section 2(5) provides an exception for “resulting, implied and constructive trusts”.

Since the House of Lords decision in Cobbe v Yeoman’s Row [2007] 1 WLR 807 the courts have taken the position that constructive trusts will not to arise where:

In Ely v Robson a dispute arose over whether R had an interest in the family home which was held in the sole name of her former partner, E. Their disagreement nearly got to trial, but shortly beforehand they met without their lawyers and, so the court found, reached an agreement in terms which would give R a limited interest in the property. These terms were subsequently set out in a letter to her from E’s solicitors, which stated that the parties were “relatively close to reaching a settlement”. The parties then sent a joint letter to the court asking for the trial to be re-listed to give the parties time to finalise a settlement they were negotiating. After a period of time, during which the parties behaved as if the agreement was being carried out, R denied that any agreement had been made.

At first instance, the judge found that there had been a binding agreement by way of a constructive trust or a proprietary estoppel, but R appealed on the basis that section 2 LP(MP)A 1989 had not been complied with and because the agreement was incomplete.

A two-man court of appeal dismissed her appeal on the basis that a constructive trust had arisen. The wording in E’s solicitors letter referring to the parties being “relatively close to reaching a settlement” and the fact that they intended to draw up a trust deed did not, the court said, preclude a finding that they had in fact reached agreement, particularly given that the terms in the letter were sufficiently clear and did not identify any areas where further agreement was required. Producing the trust deed was just a matter of “mechanics”. The court was influenced in its decision by the fact that this was not a commercial transaction.

The court’s seeming disregard for the second and third limbs of the test described by Arden LJ in Herbert v Doyle can probably be explained away as a judgment on the particular facts– in effect, the words used in the letter to describe the state of negotiations were found to be a misstatement because the parties, had, in fact, reached a sufficiently certain agreement that was intended to have immediate effect. However, the court seems to have disregarded the first limb entirely.

The first limb of the test was further put into doubt by the December 2016 decision of Matchmove Ltd v Dowding. Here, C and D were negotiating with a company (the controlling mind of which was D’s good friend) for the sale of two plots of land: plots 1 and 2. They reached an oral agreement for the purchase of both, paid a deposit and were permitted to start building on plot 1. However, because of a right of way dispute over plot 2 between the company and a third party, it was decided, that, for the moment, only plot 1 would be sold. The parties concluded a written contract with regard to plot 1, paying the balance of the sums due.

C and D continued to make further payments to the company until they had paid the full purchase price for both pieces of land. They also finished building their home on plot 1, made improvements to plot 2, building stables on it, and contributed to the company’s legal costs of the right of way dispute. However, C and D then fell out with the director and the company decided it only wanted to sell them half of plot 2, attempting to return half of the purchase price to them.

C and D claimed that the company held plot 2 on constructive trust for them. The company defended the claim on the basis that sub-section 2(1) of the LP(MP)A 1989 had not been complied with.

At first instance, the judge found that the agreement was enforceable through either proprietary estoppel or constructive trust, the situation falling within sub-section 2(5). The parties had intended their oral agreement to be immediately binding, meaning that the ‘subject to contract label’ had no bearing.

The company appealed, arguing that this was not a sub-section 2(5) situation because C and D had been aware of the need for a written contract, even if they did regard it as a technicality. At the appeal, C and D relied solely on common intention constructive trusts, rather than estoppel.

The appeal was dismissed. The court reminded itself of Arden LJ’s judgment in Herbert v Doyle (referred to at the beginning of this article). It found that Arden was not intending to describe three different situations in which sub-section 2(5) could not be relied on but, rather, was trying to describe the judgments given in Cobbe in three different ways. This meant, said the court, that even though the parties were aware of the need for a written agreement, because there was a complete agreement which was intended to be immediately binding, the arrangement could fall within sub-section 2(5), despite the lack of formalities. There was an agreement on which a constructive trust could bite. All of the requirements for a constructive trust (agreement, reliance, detriment and unconscionability) were present.

So, the court effectively did away with the first limb of the test.

Does intention to make a formal agreement still preclude a constructive trust arising?

Both these cases seem to suggest that the first limb of the test (the fact that the parties intended to make a formal agreement setting out the terms) might no longer prevent a constructive trust from arising, as long as all of the terms have been agreed and there is an intention to be immediately bound.

There is some scope for arguing that, following the tenor of the reasoning in Cobbe, this limb is only to be disapplied in the case of domestic transactions. This reasoning works in relation to the decision in Ely where the agreement was described as “not a commercial transaction”, but it is not clear that the same can be said in relation to Matchmove. While there was a friendship between the parties in that case, the transaction they were carrying out was very definitely on the commercial side of the spectrum; it did not involve a family home that the two sides of the dispute shared. It was certainly a ‘commercial case’ in the sense of the phrase as used by Neuberger LJ in Laskar v Laskar [2008] 1 WLR 2695. It was “transactional”. ”If there is to be a ‘domestic-commercial’ or ‘familial-transactional’ distinction, it is not at all clear where the dividing line will be drawn.

So, it seems that some of the certainty which had been injected into the application of section 2 by Cobbe, as described in Herbert has been removed which, of course, leaves more scope for litigators to argue that oral agreements relating to land are binding, despite a lack of a formal agreement.

Trusts, tax and trainingTrusts
This website uses cookies for functionality and to help us to improve the experience of the website. By continuing to use this website, you accept their use or you can also change your personal settings.