Disputed Will proved to be a forgery

This is an interesting case which centres around a bitter long-running dispute between four brothers over control of a multi-jurisdictional family business empire and culminates in litigation proceedings over the alleged last Will (‘the Will’) of their mother, Prabhavati Dahyabhai Patel (‘the Deceased’), who died on the 29th September 2011. The principal issue of the case is whether the Claimant, Girish Patel (‘Girish’), forged the Will of the Deceased. The subsidiary issue was, if the Will was genuine, did the Deceased know and approve of its contents. 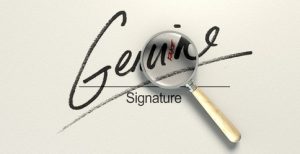 In the proceedings, the Claimant Girish requested the Court to Grant Probate in solemn form of the Will of which Girish was named as the sole Executor and Beneficiary. The Defendant, Yashwant Patel (‘Yashwant’), Girish’s brother obtained a Grant of Probate in 2012 in respect of an earlier Will of the Deceased dated 18th June 1986 and under which he was appointed sole Executor and Beneficiary. Accordingly, Girish also sought revocation of the Grant of Probate on the basis that the earlier Will was revoked by the later Will. The matter forms part of a long-running dispute between Girish, Yashwant and their two brothers Rajnikant and Suresh over the control of the family business empire estimated to be worth in the region of US$200 million.

Originally from India, the Deceased and her husband D.P. Patel relocated to Singapore and built up a commodities business. The business prospered even though even though D.P. Patel suffered a stroke and returned to live in India with the Deceased and two of their sons, Girish and Suresh. Rajnikant and Yashwant remained in Singapore to complete their education. When the brothers reached working age they all became involved in the business. The business had grown so that it operated on a global scale through various corporate vehicles and ‘the jewel in the crown’ was the Aumkar palm oil plantation in Malaysia. The three brothers over time lived in different parts of the world and took operational control of the business in the region where they lived. Rajinikant lived in Australia, Girish in London and Suresh remained in Singapore. Yashwant trained as a medical doctor in Singapore and then emigrated to New York in 1979 and remained there. He had no operational involvement in the business and no financial stake in it.

The Deceased was a woman of great moral strength who had made considerable sacrifices to bring up her four sons especially when her husband was incapacitated. She had a limited education and her mother tongue was Gujarati and she spoke little English. The Deceased spent most of her life as a housewife and mother. She spoke to her sons in Gujarati.

Relations between the four brothers began to break down in 2009. Girish seemed to be at odds with some or all of his brothers and some of their children. Between 2014 and 2015 the brothers were involved in litigation proceedings in relation to the different corporate vehicles of the business and the common feature was that the disputes centred on control of the various companies and on three occasions Girish was directly accused of the forgery of documents that supported his case in the various proceedings.

When the deceased died in 2011 the brothers’ dispute became more bitter. Yashwant produced a Will made in 1986 appointing him sole executor and sole beneficiary. He obtained the Grant of Probate and then Girish informed his brothers that the Deceased had signed another Will in 2005 and tried to seek revocation of the 1986 Will. Girish claimed that on a visit to London from her home in Singapore in 2005, the Deceased had asked him to make a new Will. The Deceased was concerned on her death that some of her money may be given to the Swaminarayan sect in London as Suresh had joined that sect, which was a Hindu sect that she did not support. She was a devotee of the Shiva Sect. According to Girish she wanted to make a Will leaving everything to Girish so that he could distribute to charities of her choosing on her death and he drafted her Will on her instructions. The Deceased had attended Girish’s Gorst Road offices in London and executed the Will, which was translated into Gujarati by Girish in the presence of witnesses. Yashwant contended that the Will was a forgery and a vehicle for Girish to take over control of the family business empire. Yashwant argued that, in terms of modus operandi of the production and execution of the Will, there was a practice within the family, whereby blank documents were signed in bulk, so business could be conducted in the absence of others.

The onus of proof of a forgery allegation lays on the Claimant. The standard of proof is the normal civil standard of the balance of probabilities. Judge Simmonds referred to the well-known guidance of standard of proof by Lord Nicholls of Birkenhead in Re H (Minors) [1996] AC 563, 586 D-G:-

‘the balance of probability standard means that a court is satisfied an event occurred if the court considers that, on the evidence, the occurrence of the event was more likely than not. When assessing the probabilities, the court will have in mind the factor, to whatever extent is appropriate in the particular case, that the more serious the allegation the less likely it is that the event occurred and hence, the stronger should be the evidence before the court concludes that the allegation is established on the balance of probability Fraud is less likely than negligence’.

Judge Simmonds needed to consider the facts of the case and the guidance set in RE H.

Judge Simmonds ruled that Girish had forged the Wil of the Deceased. He stated that apart from unreliable evidence that was put forward by Girish, nothing supported his account of how the Will was signed. Judge Simmonds noted that the Deceased never mentioned the Will and Girish never discussed the Will, not even mentioning the Will during other litigation proceedings when it would have been to his advantage. There was also no other documentary evidence about the existence of the Will until the beginning of 2015. Ten years after it was purported to have been made.

It was expert evidence of the analysis of the Will that supported Yashwant’s claim that the common practice within the family was for blank documents to be signed in bulk so business could be conducted in the absence of others. Using microscopic evidence, an expert found on the Will, an indentation on the page of another signature of the Deceased’s nearby. The analysis also showed that there were specks of printer ink on top of the signature, but none underneath, suggesting the signature came before the text.

Despite being told not to discuss their evidence Girish and some of his witnesses had met for a revision session before the trial to ensure their evidence was as consistent as possible. Girish had lied about this when questioned under oath and admitted having done so.

Judge Simmonds stated that ‘Girish is a chartered accountant and sits as an arbitrator. I would in normal course of events, expect such a witness to be reliable and trustworthy. However, Girish is a self-confessed liar and even when accepting that he had lied to the court, there was an insouciance in his response which increased, rather than allayed, my concerns as to his reliability generally’.

Judge Simmonds ruled that Girish had forged the Will and that he considered ‘Girish’s account of the genesis and execution of the Wil to be implausible’.

(Recordings available to buy after the live event)

SIGN UP NOW!
Forged Will, Grant of Probate, Knowledge and Approval, Revocation 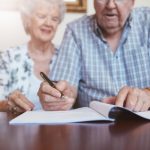 The problem with survivorship clausesWills

Book review of A Practitioner’s Guide to WillsBook Reviews for Private Client practitioners, Wills
This website uses cookies for functionality and to help us to improve the experience of the website. By continuing to use this website, you accept their use or you can also change your personal settings.