This case involves a hearing before the Court of Appeal from a decision not to allow beneficiaries of a Bahamian discretionary trust to access data by way of subject access request under the Data Protection Act 1998 (DPA). The appeal judgment was rather more helpful to the subject seeking access than the first instance judgment (summarised by LawSkills here) had been.

In February 2014, the Appellants’ solicitors challenged the validity of these appointments, and in August that year they served a subject access request (the Request) under section 7(2) DPA on Taylor Wessing LLP (TW) who had at the relevant time acted as solicitors for the trustees of the Glenfinnian Settlement. Some months later, the Appellants applied to the court for a declaration that TW had not complied with their Request and an order compelling them to comply. HHJ Behrens dismissed the application as coming within the Legal Professional Privilege Exception under the DPA. He further considered the purpose for which the disclosure was sought and the proportionality of the effort needed to comply with the request.

This appeal considered all three matters addressed by Judge Behrens: (1) the extent of the Legal Professional Privilege (LPP) Exception; (2) whether complying with the Request would require disproportionate effort; and (3) if the court should decline to enforce the Request on the basis that the Appellants intended to use the information in their litigation relating to the Glenfinnian Settlement.

“ Personal data are exempt from the subject information provisions if the data consist of information in respect of which a claim to legal professional privilege or, in Scotland, to confidentiality of communications, could be maintained in legal proceedings.”

S.7 DPA sets out the right of access to personal data:

“(1) Subject to the following provisions of this section and to sections 8, 9 and 9A, an individual is entitiled-

(a)        To be informed by a data controller whether personal data of which that individual is the data subject are being processed by or on behalf of that data controller,

the personal data of which that individual is the data subject,

the purposes for which they are being or are to be processed, and

the recipients or classes of recipients to whom they are or may be disclosed,

the information constituting any personal data of which that individual is the data subject, and

any information available to the data controller as to the source of those data,…”

Under the terms of s.8(2) DPA, the obligations imposed by s.7(1)(c)(i) must be complied with by supplying the data subject with a copy of the information in permanent form unless—

The Court of Appeal reached different conclusions from the first instance judge in all three matters considered.

Extent of the LPP Exception

The Court of Appeal held that this exception was limited to documents exempt from disclosure in legal proceedings in England, and did not apply to the wider category of documents which the trustees could refuse to disclose to the beneficiaries under Bahamian trust law. Arden LJ noted that in general it is presumed that Parliament does not intend to legislate for events which occur outside the territory, and when sch.7 para 10 refers to legal professional privilege which may be recognised in legal proceedings, it means proceeding in any part of the UK. The next question was whether the DPA exception could apply to data which were not subject to LPP as conventionally understood, but which were subject to a right of non-disclosure, here being the trustees’ right of non-disclosure. The Court of Appeal held that the DPA does not contain an exception for documents not disclosable to a beneficiary of a trust under trust law principles.

Would compliance with the request involve disproportionate effort?

Arden LJ noted that both judge Behrens and TW had been influenced in approaching this question by their view that LPP was available. When the narrow view of LPP is taken, as applying to documents that would be subject to LPP in relation to UK legal proceedings, then it was “plain … almost beyond argument that further compliance with the Request would not involve disproportionate effort by TW”. It fell to the data controller to show that the supply of a copy of the information in permanent form would involve disproportionate effort. The wording of s. 8(2) DPA reveals the possibility that there will in appropriate circumstances be bounds to a search. But there are substantial public policy reasons to give people control over data maintained about them which mean that where, and so far as possible, subject access requests should be enforced. TW had not produced evidence to show what it had done to identify material and to work out a plan of action. The court was not in a position to say that any particular steps would be disproportionate.

TW had argued, and the first instance judge agreed, that the Request should not be enforced if the Appellants also proposed using the information obtained for some purpose other than verifying or correcting data. The Court of Appeal held that they had been shown nothing in the DPA which limits the purpose for which a data subject may request their data, or provides data controllers with the option of not providing data based solely on the requester’s purpose.

Arden LJ noted that, “it would be odd if the verification of data was always in practice a complete aim in itself which excluded all others” and nothing in the legislation compels that interpretation. Neither would it be correct to refuse to exercise the discretion because this disclosure could not be obtained from the trustees under the governing law of the trusts.

The Court in this case was applying the DPA and was not exercising any jurisdiction in relation to the administration of the trust, which was a matter for the Bahamian courts. “The exercise of the section 7(9) discretion does not, therefore,…have to make allowance for the trustee’s right to refuse disclosure”.

There are other cases in the pipeline which may have a bearing on this case, but in the meantime it seems that beneficiaries may have an additional weapon in their armoury in accessing information, where the LLP exception does not apply to the information they seek.

It will be worth bearing this judgment in mind if beneficiaries are concerned about how trustees have been exercising their discretions, or if they otherwise want to access data which applies to them.

Practitioners should also be aware that they are not in a position to refuse to comply with data requests simply because the applicant is seeking the documents to assist in litigation.

This course is aimed at people new to Trusts and those who would welcome a basic refresher if they have not been involved with administering Trusts for some years.  It is designed to look at good practice and procedure as well as incorporating issue of law. 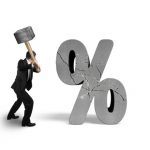 Probate fees hike – where are we now?Comment, Gill's Blog 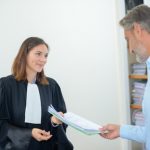 A Day in the Life of a BarristerComment
This website uses cookies for functionality and to help us to improve the experience of the website. By continuing to use this website, you accept their use or you can also change your personal settings.