The tax effects of Brexit

The newspapers are full of Brexit discussions, with the issue currently being debated in the House of Lords*.  But one of the lesser-publicized aspects of Brexit is the possible effect on our tax rules. 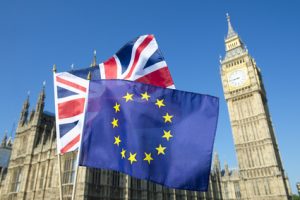 This article looks at the ways the UK’s tax rules have been influenced by our membership of the EU and the questions that now arise with Brexit.

A number of the UK’s tax reliefs have been extended to be more European.  For example, the UK was put under pressure to extend the tax reliefs for charities to include European charities.

The original rule in the UK was that charity tax reliefs only applied to charities established in the UK (see the case of Camille and Henry Dreyfus Foundation Inc v Inland Revenue Commissioners [1956] 1 A.C. 39 as an example).  This eventually came to the attention of the EU Commission, in 2006, which issued a reasoned opinion as to why the UK’s restriction of charity tax relief infringed EU law.

Similar issues arose in other EU member states, which favoured charities in their own jurisdiction when handing out tax reliefs.  The ECJ decision in Case C-318/07 Persche v. Finanzamt Lüdenscheid related to a German national who donated various items to a charity in Portugal, but then failed to gain tax relief in Germany (which also restricted tax relief to local charities), where he was resident at the time.

The UK’s charity tax reliefs were extended to include charities in the EU and the EEA, by Finance Act 2010.  There are conditions for the EU charity to fulfill, in order for HMRC to be satisfied the tax relief should be made available, and often it is still easier for offshore charities to set up a new charity in the UK to ensure they get tax relief on donations.  But the principle remains that a donation to an EU charity should get tax relief, in the same way as a donation to a UK charity.  Will that continue beyond Brexit?

Similarly, the UK’s Agricultural Property Relief was extended to include EU/EEA farms in 2009, whereas previously it only applied to agricultural property in the UK, Channel Islands and the Isle of Man.  Many UK farmers have taken advantage of the extension to set up operations in other (usually sunnier) parts of the EU, to extend their crop growing periods.  Will this still be possible post-Brexit?  It would seem harsh to give inheritance tax relief only to the UK farm but not to the farm in, say, Spain that is run in the same way by the same family.

Representatives of the Law Society have tried to get confirmation as to whether these tax reliefs will be limited again to the UK, or whether they will stay ‘pan-European’ post-Brexit.  To date no announcements have been made to confirm one way or the other.

The UK’s anti-avoidance rules have also been amended because of pressure from the EU.  For example, say a client sets up a UK company to operate his or her business.  The company is taxed in the UK and the client is only taxed upon receipt of something (such as a salary or dividend) from the UK company.  The company is not tax-transparent.

There are however a number of anti-avoidance provisions that can make an offshore company tax transparent, for a UK resident, both for income tax and capital gains tax.  Whilst this might seem fair enough where the offshore company is located in a tax haven, where the company pays no tax, it seems rather more discriminatory (at least according to the EU commission) where the company in question is based in another part of the EU.

Section 13 of the Taxation of Chargeable Gains Act 1992 was amended in Finance Act 2013, but with retrospective effect to 6 April 2012, because of an infraction notice issued by the European Commission.  Section 13 makes offshore ‘closely held’ companies (briefly, those held by 5 or fewer people) transparent for gains tax.  When these rules apply, the gains made by the company are taxed on the UK resident ‘participators’ pro rata to their interest in the offshore company.  Finance Act 2013 introduced a new exemption to exclude gains made on genuine business activities overseas, so that EU based companies could be excluded from section 13.

The UK’s transfer of assets abroad rules, which make offshore structures transparent for income tax, were similarly amended from 6 April 2012.  Again this was because of the infraction notice issued by the European Commission, which noted that the transfer of assets abroad rules discriminated against EU businesses and breached the EU principles of freedom of establishment and free movement of capital.  Before these changes, it was potentially disadvantageous for a UK resident to set up a business in another EU member state, rather than in the UK.

At the time of writing, we do not know if these EU ‘carve outs’ from the UK’s anti-avoidance rules will remain, post Brexit.

Advisers and their clients need certainty, to know how Brexit will affect the UK’s tax reliefs and anti-avoidance rules.  Let us hope we have some clarity soon on these issues. 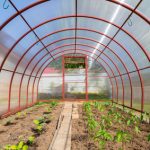 What’s the difference between growing asparagus and breeding horses?Tax 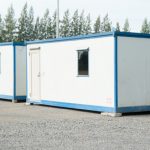 Immovable property and the supply of land – complexities of VATTax
This website uses cookies for functionality and to help us to improve the experience of the website. By continuing to use this website, you accept their use or you can also change your personal settings.