Brewster and the future for unmarried cohabitants 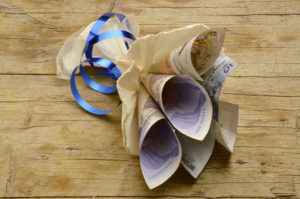 The Supreme Court in the matter of an application by Denise Brewster for Judicial Review (Northern Ireland) (“Brewster”) the Supreme Court overturned a rule imposed by the Northern Irish Government that required a written nomination in order for a person’s cohabitant to benefit from their local authority pension scheme. The case brings into the spotlight again the inadequate provision made by the law for unmarried cohabitants, particularly on death. This article reviews the decision in Brewster and what should happen next for the rights of cohabitants.

Lenny McMullan died suddenly on Boxing Day 2009. Two days before (on Christmas Eve) he had become engaged to Denise Brewster, with whom he had been living for ten years. He did not leave a Will and they had no children.

Mr. McMullan had been employed by Translink. In consequence, he was a member of the Local Government Pension Scheme. That scheme, like most Local Government Schemes, provided for the payment of pensions and other benefits to survivors of their members. In 2009 the Northern Irish Government introduced regulations (in line with existing English and Welsh regulations) that would treat a person who had been cohabiting with the member “as if they were husband and wife or as if they were civil partners” for a period of two years to be entitled to receive the same pension as would a surviving spouse or civil partner. However, it was also a requirement that the cohabitant be nominated by the member, a requirement that did not exist for spouses or civil partners.

The Supreme Court held that the requirement to nominate a cohabitant was a form of discrimination pursuant to Article 14 of the ECHR and that the Government could provide no objective justification for it, whether in what they had considered at the time or in the subsequent rationale provided. The Court gave detailed consideration to the context of the Regulations, including the 2007 Law Commission’s paper on Cohabitation: The Financial Consequences of Relationship Breakdown (Law Com No 307), in particular its rejection of an ‘opt in’ scheme as the basis for conferring rights on relationship breakdown or death.

Implications and the Future

The entitlement of unmarried cohabitants in England and Wales on relationship breakdown or death is substantially less than for married couples or civil partners. In effect, the general law applies a huge ‘opt in’ scheme, being a requirement to marry or (in the case of death) to make a Will in favour of the other and (as the Law Commission predicted) many simply fail to do this.

There is an argument for wider judicial activism, based on Brewster and the ECHR. If a requirement to nominate a cohabitant but not a spouse is contrary to the ECHR, in the context of a statutory pensions scheme, why is the inability of a cohabitant to claim capital provision under the Inheritance (Provision for Family and Dependants) Act 1975 not also a breach of the ECHR? What is the policy justification for providing automatic rights to a surviving spouse immediately after marriage but not to a cohabitant of 2,5 or 10 years? In truth, such arguments would probably not currently succeed, but it is possible to envisage a time when that ‘meddling’ court in Strasbourg will find these provisions to be discriminatory.

That leaves statutory reform. Most recently the Law Commission proposed reform to the law of intestacy and financial provision in their Inheritance (Cohabitants) Bill (which was introduced as a Private Members Bill but ran out of time) and there is currently a Bill before Parliament for much wider reform (the Cohabitation Rights Bill). Neither Bill is likely to become law without political backing and that is likely to require a significant public campaign.

If Mr. McMullan’s pension entitlement had been in a private scheme, or if the benefits had been paid to his estate, Mrs. Brewster would have had no entitlement and no claim. Perhaps now is the time for that campaign.

See other webinars and recordings in the 2017 series

Will trustees be protected for their costs in a claim against a third party?Probate, Trusts 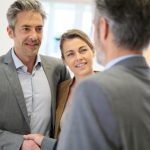 How to work effectively with your friendly neighbourhood probate genealogistProbate
This website uses cookies for functionality and to help us to improve the experience of the website. By continuing to use this website, you accept their use or you can also change your personal settings.