Deprivation of Liberty Safeguarding Orders & the role of the Coroner 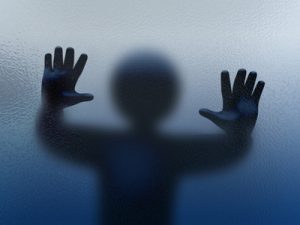 People with dementia, a brain injury or a learning disability may lack the mental capacity to provide consent to the care or treatment that they need in order to keep them safe. Deprivation of Liberty Safeguarding (DoLS) orders added to the Mental Capacity Act 2005 and are designed to protect the rights of adults in care homes and hospitals who (in their own best interests) need to be prevented from wandering off.

Sadly, there have been numerous instances of mentally impaired people becoming lost or disorientated and ending up with hypothermia or falling victim to crime. All too often this can lead to tragic consequences. Making a DoLS application to the local authority ensures that a decision to deprive a vulnerable person of their liberty is rigorously reviewed. Applications are only granted if the proposed course of action is considered to be in their best interests and if there is no other way to care for them or safely provide treatment.

In the P v Cheshire West & Chester Council [2014] UKSC 19 case, the Supreme Court made it clear that such individuals are “deprived of their liberty” if they are not free to leave the care home or hospital and are subject to continuous supervision and control. With the rapid increase in dementia cases in recent years, the number of applications for a DoLs order has soared reaching over 100,000 in 2015-16 annually (http://content.digital.nhs.uk/catalogue/PUB21814), Local authorities have been deluged with applications from care home managers and hospital administrators. The Court of Protection has also had to deal with a substantial number of applications for authorisation in cases where the vulnerable adult is living at home and being cared for by relatives.

Article 5 of the European Convention on Human Rights states that everyone has the right to liberty and security of person. No one is to be deprived of his or her liberty save in specific circumstances including ….. “e) the lawful detention of persons … of unsound mind”. It makes no difference that the vulnerable person is content or compliant or has voiced no objection to his or her detention. As Lady Hale said in the Cheshire West case “a gilded cage is still a cage”. Accordingly, once there is, or is likely to be, deprivation of liberty, the detention must be authorised under the DoLS scheme. The safeguarding procedure is independent of the hospital or care home. The assessments have to be completed by at least two assessors, usually including a social worker or care worker and sometimes a psychiatrist or other medical person.

False imprisonment and what it means on death

Under the law as it stands, any individual who is detained without authorisation under the statutory scheme is regarded as having been falsely imprisoned. This has sent alarm bells ringing ever since DoLS came into being in 2009. The implications are wide ranging and it’s not only care homes and hospitals that are affected. For example, anyone who is subject to a DoLS orders at the time of their death is regarded as being in a state of detention for the purposes of the Coroners and Justice Act 2009.

The Chief Coroner has made it clear that an inquest has to be held in every such case. This can lead to substantial delay and causes unnecessary anxiety for executors and the bereaved family.

In many cases of this kind the inquest may be a short “paper” inquest decided in open Court without witnesses having to attend. Coroners will try to avoid the need for a post-mortem examination whenever possible but this will depend on whether the doctor who has been treating the person in question is able to give a clear cause of death.

The rules concerning the procedure to be followed in DoLS cases has caused a significant additional workload for coroners as well as local authorities, the Court of Protection, care homes and hospitals. It appears that this was not anticipated when the DoLS procedure came in.

The good news for families, executors and professionals is that the Law Commission has just finished carrying out a fundamental review of the DoLS provisions in the Mental Capacity Act 2005.  As a result the Policing & Crime Bill 2015-16 to 2016-17 is going through Parliament which, when passed into law, will avoid the need for Coroners to order post-mortem examinations or hold inquests in straightforward cases involving elderly dementia sufferers living in care homes and hospitals, who are subject to a DoLS Order who have clearly died as a result of natural causes.

Starting 23 February 2017 these webinars will ensure you: 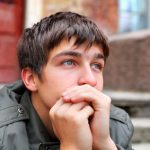 Should funds from a Personal Injury Award be managed through a Deputyship or a PI Trust?Elderly/Vulnerable Client, Trusts
This website uses cookies for functionality and to help us to improve the experience of the website. By continuing to use this website, you accept their use or you can also change your personal settings.