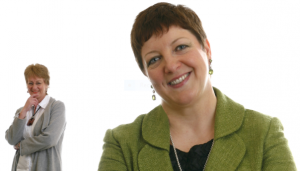 It is also 20 years since I started in business as a consultant to the legal profession. It is 18 years since my PA Sue joined me in the adventure. It has been a fascinating ride so far.

In the same period, successive governments have tried to introduce greater competition in the legal market through encouraging the growth of regulators and the separation of regulation from the ‘support’ of the profession in the case of solicitors. I think it is fair to say that the consumer is no better off:

I get a number of enquiries to my website from members of the public. One in particular stands out. He was seeking guidance as to which regulator regulated the adviser he had been introduced to by his neighbour. A thorough man he set about trying to find out by contacting in turn all the obvious ones – FCA, the Law Society, SRA, ICAEW etc but not one could confirm they regulated the adviser. He wanted to know where he should go next.

He was both grateful for this general explanation (which, apparently, none of the bodies he had contacted had explained) and shocked by the confusing nature of the market and its regulation. He must be one of the few members of the public who seek help on this question before committing their hard-earned money to getting the right advice. I guided him to find a solicitor or STEP member in his location.

For over 10 years I have tried to help the effort to get Will writing regulated. In this endeavour the Law Society was fully engaged: As Catherine Dixon, chief executive of the Law Society, said to the Guardian in January 2016

“We know that the market for legal services is not fair as solicitors, who are heavily regulated, are having to compete with unregulated providers. Regulation is there to protect the public and we believe that for the market to work effectively regulation has to be applied equally to all providers.”

I was therefore, surprised and disappointed that the suggestion by the Legal Services Board, that there should be a proper review of which legal services should be regulated and which should not (http://www.legalservicesboard.org.uk/news_publications/LSB_News/PDF/2016/20160909LSB_Vision_For_Legislative_Reform.pdf)  received a cold welcome from the Law Society – as Catherine Dixon said to MPs when giving evidence to The Justice Committee in June 2016   ‘The current system is broadly effective. It would be the wrong time given the outcome of the referendum to undertake a full review of legal services.

Meanwhile, speaking at the International Bar Association annual conference in Washington DC, chairman of the Bar Council Chantal-Aimée Doerries QC accused the LSB of comparing regulation of the profession to “sewage regulation”.

She said the LSB did not agree with her that encouraging an independent, strong, diverse and effective legal profession should be a regulatory objective under the Legal Services Act – the oversight regulator had instead described it instead as “problematic” and “highly unusual”.

Why did so many of us work so hard to try and get Will writing regulated only for the professional bodies to say now that the public are not interested there is no point? I would say that the public would be interested, if only they knew. Trying to simplify regulation of legal services might well water down the impact of current regulatory bodies and professional bodies but it might be the price we all pay to have legal services properly regulated and all providers who wish to provide those services regulated to the same standard.

Remembrance is important – it helps us to prevent making the same mistakes again. Let’s hope the LSB pursue their ideas and those that protect the interests of both the professions and the consumers don’t repeat the mistake of assuming the public are not interested in a much simpler regulatory framework.

Catching up with developments on the Trusts RegisterGill's Blog, Trusts 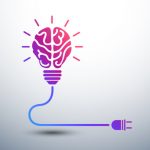 Plug your skills gapsGill's Blog
This website uses cookies for functionality and to help us to improve the experience of the website. By continuing to use this website, you accept their use or you can also change your personal settings.