Deprivation of liberty and the young person

Judge Keehan had to determine whether parents can give substituted consent for a child aged 16 or 17 to be confined in a residential placement, as the consequences of such confinement without valid consent would constitute a deprivation of liberty. This matter was first heard before Judge Keehan on the 31st March 2015 in Trust A v X and A Local Authority [2015] EWHC 992 (Fam) when D was 15 years old and Judge Keehan ruled that D’s parents could consent to his confinement on his behalf under section 20 of the Children’s Act 1989 (‘ s. 20 CA 1989’), so he was not deprived of his liberty.

D was initially diagnosed with Attention Deficit Hyperactivity Disorder, Tourette’s Syndrome and Asperger’s Syndrome from an early age. In October 2013 he was also found to have a mild learning disability. D’s behaviour was very challenging and he was not only verbally and physically aggressive, he would urinate and defecate in inappropriate places. D’s parents really struggled with his behaviour and this adversely affected his younger brother R. D’s prescribed medication had limited effects.

In March 2012, D was referred to his local Child and Adolescent Mental Health Team (CAMHS) and his treating psychiatrist referred D to Hospital B for assessment and treatment. Hospital B provides mental health services for children and young people between the ages of 12 and 18 years.  D lived within the grounds of Hospital B and attended the on-site school full time. D’s family visited him regularly and he enjoyed visits home for up to six hours. D was under constant supervision. He was assessed not to be ‘Gillick’ competent to consent to his current residence or care arrangement or to any deprivation of liberty.

In August 2014, D’s clinical team decided that D was fit to be discharged from Hospital B to move to a residential placement. On the 2nd June 2015, D moved to residential Placement B. D’s parents agreed to his move to Placement B pursuant to s.20 of the CA 1989 and understood that it was in D’s welfare best interests. As in Hospital B, D was under constant supervision and control. D had his own bedroom at Placement B, but all external doors were locked and D was not allowed to leave the premises unless he had a planned activity. D was not allowed unaccompanied access to the community and received one to one support. D was educated at Placement B and attended swimming lessons. He still had contact with his parents each Saturday for up to five hours and there had been no significant issues since D’s move to Placement B.

On the 23rd April 2015 Birmingham City Council (‘the Applicant’) issued an application in the Court of Protection and conceded that the circumstances in which D resided and was educated constituted an objective confinement which satisfied Limb 1 of Storck in determining whether D was deprived of his liberty. The Applicant submitted that Limbs 2 and 3 were not satisfied and accordingly D was not deprived of his liberty. Its arguments were based on two grounds:-

Therefore, his placement and confinement at the residential unit and his school are not imputable to the State but rather are at the request of, and with the consent of, his parents.

The Official Solicitor contended that

Judge Keehan determined that he was not persuaded by the Official Solicitor’s submissions that his decision in Trust A v X was wrong. He stated that ‘having reconsidered the issues in light of the submissions I have read and heard in this case, I am fortified in the decision that I made’.

Judge Keehan ruled that parents cannot give consent to the confinement of a child who has attained the age of 16. Such consent falls outside the scope of parental responsibility.

Judge Keehan determined that the Local Authority was intimately involved in D’s placement at and confinement within the residential unit. Accordingly, he determined that D’s confinement ‘is and was imputable to the state, thus satisfying the third limb of Storck’.

Judge Keehan accepted that a Public Body, as an organ of the State, is under a positive obligation to protect the rights accorded by Article 5 (1) and that the Local Authority is obliged to protect D’s Article 5 (1) rights. This obligation required the Local Authority to apply to the Court to determine i) whether D is deprived of his liberty and ii) so, to seek authorisation for its continuance.

Judge Keehan also pointed out that the protection of D’s Article 5 (1) rights must not and, in his judgement, cannot be overridden by – as contended by the Local Authority – consideration of the resource implications for state bodies including this Local Authority.

Practitioners should note that the judgment has clarified the current legal position:-

Learning outcomes: Practitioners should be able to incorporate the decisions of the Court of Protection into their everyday advice and work.

Deprivation of liberty and the attribution of State responsibilityComment 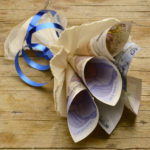 Brewster and the future for unmarried cohabitantsComment, Probate
This website uses cookies for functionality and to help us to improve the experience of the website. By continuing to use this website, you accept their use or you can also change your personal settings.