Changes to the UK taxation of non-doms

After 18 months of consultations, technical briefings and policy papers, HMRC has now published draft legislation to give effect to the previous Chancellor’s policy for a more punitive approach to the taxation of offshore wealth.

The effect of these changes will be to extend the statutory deemed domicile rules for inheritance tax (IHT) and to enact a similar regime for income tax and capital gains tax (CGT). Separately it is also proposed to bring UK residential property held indirectly through offshore vehicles into the IHT net. 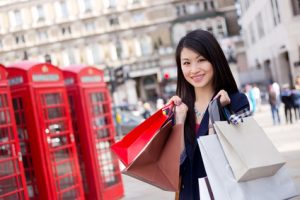 Clause 40 of the draft Bill provides that individuals with a foreign domicile under the general law will nevertheless be deemed for income tax and CGT to have a UK domicile if either of two conditions applies:

These amendments will effectively set a cap on the remittance basis regime, so that persons affected by them will no longer be able to opt out of paying tax on their foreign income and gains. The top rate of the remittance basis charge (currently £90,000 for individuals who have been UK-resident for at least 17 of the previous 20 years) will consequently disappear.

Clause 41 of the draft Bill contains two important changes to the IHT treatment of foreign domiciliaries. These changes are similar though not identical to the new rules affecting income tax and CGT.

The second change relates to the taxpayer’s length of residence in the UK. The current legislation (s. 267 of the 1984 Act) deems a person to be UK-domiciled if he was either UK-domiciled within the three years prior to the relevant tax year or UK-resident for at least 17 of the previous 20 years (the “17/20 rule”).

The introduction of the “formerly domiciled resident” rule will also affect the excluded property status of settlements created at a time when the settlor was neither domiciled nor deemed domiciled in the UK. These settlements will be liable to pay IHT under the relevant property regime at Part 3, Chapter 3 of the 1984 Act if the settlor is a formerly domiciled resident who is deemed by virtue of that rule (but not the 15/20 rule) to be UK-domiciled when a charge arises.

In summary, these changes will close down the permanent non-domicile status that is currently available to some UK residents.

Clause 42 and schedule 13 of the draft Bill alter the definition of excluded property in sections 6(1) and 48 of the 1984 Act. The effect is to withdraw excluded property status from interests (other than de minimis interests) in close companies and partnerships where the value of those rights is attributable (directly or indirectly) to an interest in UK-situs residential property.

This more restrictive regime will also apply to loans – whether made by the taxpayer himself or by a close company or partnership in which he is interested – which are used (again, directly or indirectly) to finance, maintain or enhance the value of an interest in UK residential property.

The rights and interests caught by these rules are widely drawn to include any interest enjoyed by a “participator” as defined by s. 454 of the Corporation Tax Act 2010 in relation to a company.

These changes will come as no surprise to tax advisers. They address two areas of perceived abuse which the Government is anxious to restrict and reflect a certain level of simmering public disquiet about the benevolent tax treatment of UK resident non-doms.

This webinar will identify the new rules proposed for the taxation of non- domiciliaries from 6 April 2017 in respect of income tax, capital gains tax and inheritance tax and will encourage further research to master the impact on clients.
Further information and to book

Recordings can be purchased after the event 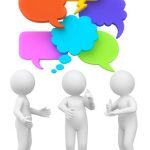 The penalties of partnership conflictTax 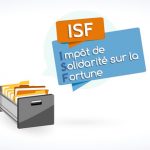 French wealth tax: is it only for the wealthy?Tax
This website uses cookies for functionality and to help us to improve the experience of the website. By continuing to use this website, you accept their use or you can also change your personal settings.