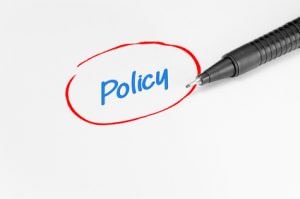 I know that most Life Assurance Companies are seen as objects of sympathy and concern, but even if you do not share this view, please bear with me, because looking at the world from the insurer’s point of view is instructive.

The policy design of a conventional whole life policy is similar to an endowment policy. With an endowment policy, the reserves held earn interest each year, premiums are also received and from that is deducted the cost of life assurance. The net effect is that the reserves held increase each year and by the time the policy matures those reserves equal the Sum Assured. The cost of the life assurance element reduces each year, even as mortality rates increase, because the insurer is only at risk in respect of the difference between the Sum Assured and the amount held as reserves, and that reduces each year.

From the insurer’s point of view, a whole life policy is like an endowment policy maturing at a time when the policyholder is certain to be dead, generally this is assumed to be their 120th birthday.

Where a Whole Life policy is unit linked and premiums are calculated on the endowment model, investment returns may not be as great as assumed and an upward revision of the premiums may well occur. Equally investment returns may be greater than expected resulting in premiums being reduced. However, reserves are being built up and the insurer’s sum at risk is therefore on a reducing trend over the longer term. Premium increases are therefore likely to be unspectacular.

However if the unit linked “Whole Life” policy is funded as a renewable term assurance, it is a different matter as the only reserves built up are used to level out the mortality cost over the review period. In principle reserves drop back to zero at the end of each review period.

For someone in their mid-thirties the cost of £10,000 of cover for one year might be £1 but by their mid-nineties it has risen to £2,000 and were they to reach age 119 the cost would be close to £10,000 (i.e. the Sum Assured) as death is assumed to be certain. The premiums will reflect this and so premium increases will be eye-watering at older ages.

It is easy to criticise such a policy design but it is actually quite good in a number of circumstances.

The problems occur when policyholders think that they are funding the ultimate IHT liability when in fact all they are doing is effectively taking out a series of term assurance policies to cover early death, with no fund being built up over the long term. The situation is complicated further by the fact that frequently the level of commission paid has been much greater than it would have been had the policy been a conventional term assurance policy.

It really is a question of clients understanding the nature of the policy they have. If the policy schedule refers to having reserves greater than zero at the end of the review period, what they have is in effect a renewable term policy.

The obvious thing to do with such a policy is to surrender it once it is no longer needed, if it has much of a surrender value, but there is an interesting tax point here. An offshore policy funded as a proper whole life policy may well have its attractions as a way of insuring and funding at the same time.

On death a chargeable event gain, if it occurs, is the difference between the surrender value immediately before death and the premiums paid and so the chargeable gain is the same as if the policy were surrendered.

For a unit linked policy the gain will therefore be determined by the difference between the “Tax-Free” (see previous article on the meaning of “Tax Free” in the context of an offshore policy) investment returns and the mortality costs charged to the policy. If there is a gain on an offshore policy that means that the cost of the life assurance provided has entirely been met out of the “Tax Free” investment returns. In effect the policyholder will have achieved a number of things.

Clearly policyholders who die early will be better off with a policy with the lowest possible premiums. People who live longer would be better off paying premiums at a level which builds up reserves over the long term and might therefore be expected to be sustainable. Fortunately or unfortunately none of us know which of those we will be.

The term assurance policy is an extremely flexible product. As a method of providing cheap short term cover it works but the charges and expense loadings make it an expensive Term Assurance policy. It can also be made to work on a long term basis to fund IHT and meet the cost of life assurance in a tax efficient manner, but the desire to provide the life cover for the minimum premium, frequently means that the policy is not funded that way.

The problem is that too frequently policyholders do not have the policy properly explained to them and they believe they are funding IHT when they aren’t. They then get a very nasty shock when premiums skyrocket. 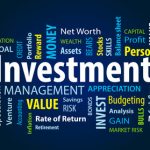 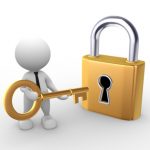 New Bonds to protect LPA donorsElderly/Vulnerable Client, Finance & Investments
This website uses cookies for functionality and to help us to improve the experience of the website. By continuing to use this website, you accept their use or you can also change your personal settings.