The existence of Spanish assets in cases handled by UK practitioners can give rise to specific considerations, which can be professionally risky to disregard. A few of the key stages requiring particular care are as follows: 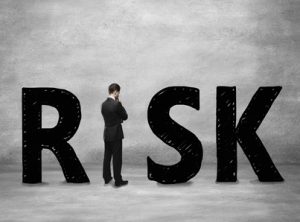 Estate Planning assessment and advice can be critically important at the point of Spanish property acquisition. It has to be borne in mind, that in the event of subsequent inheritance, there can be significant exposure to Spanish Succession Tax- even potentially between spouses. Lifetime changes of ownership of Spanish properties can be extremely costly to transact, so it is important to have matters structured correctly- and tax efficiently- from the outset.

It is fundamentally important that, prior to completing the purchase of a Spanish property, the proposed ownership structure is very carefully thought through- and the future succession route (and fiscal consequences) are factored into the purchase process. Otherwise, unnecessary/avoidable fiscal exposure can arise.

Owners of Spanish properties (both those who are resident in Spain; and those who are not resident in Spain) have a series of fiscal obligations in Spain, which must be performed correctly and promptly, otherwise there can be significant repercussions in terms of exposure to escalated costs/ Spanish fiscal liability. It is important that estate planning advisers in cases where there are Spanish assets are aware of these responsibilities, in order to provide correct cross-border advice.

Many people- particularly in their retirement- dream of a move to a warmer climate and the more relaxed – and economical – lifestyle Spain seemingly offers. However, making a full time move to Spain; and becoming an official Spanish resident, can cause specific complications in the fiscal affairs and liabilities of non-Spanish nationals; also, for their families in the event of inheritance.

Any Estate Planning advisers involved in the context of their clients considering moving to Spain need to ensure that the clients have a full understanding of the fiscal consequences for them and their family of taking Spanish residency – both in Spain and in their home jurisdiction. In many cases, the fiscal consequences (and some of them being fairly oblique to the uninitiated), are so far reaching that it is better to remain UK resident whilst enjoying lengthy stays in Spain- to the extent legally permitted, without triggering Spanish residency.

Many UK Estate Planning professionals seemingly continue to be unaware of the risks of endeavouring to deal with Spanish assets in English Wills- rather than following the correct convention of advising that separate Spanish Wills should be made in respect of Spanish assets.

It continues to surprise us in taking on Spanish probate cases, how many UK practitioners endeavour to ‘muddle through’- seeking to deal with Spanish assets in English Wills. This gives rise (in the event of probate) to additional procedural hurdles in the Spanish process. Furthermore, it is typical in these cases, that Spanish assets are implicitly (or even explicitly) placed in Trust structures, which are incompatible with Spanish law.

In any event, the risks of delays, complications and additional costs in the legal probate process in Spain where there is no Spanish Will have been widely covered in articles in the professional Press over the years. But there are also situations in which the absence of a separate Spanish Will can have the effect of an increased Spanish Succession Tax liability. Hence, UK professionals need to be completely clear and accurate in their advice as to Will structuring, to avoid the risk of exposing their clients to unnecessary/ avoidable fiscal exposure and costs.

In principle, post-death variations to Wills are not permitted under Spanish law. So, that sometimes-useful fiscal device in the UK does not exist as a facility in respect of Spanish assets. However, UK testators (for example) with Spanish assets are entitled to include in their Spanish Wills (along with a properly drafted choice of law clause), a certain amount of flexibility in the succession route, enabling their beneficiaries to elect for the most tax efficient succession route to be applied at the time.

So, this enables post-death up to date fiscal advice to be obtained, in order to select the most expedient succession route/ structure. But a Will writer who does not take into account this highly valuable facility which is available to non-Spanish owners of Spanish assets, can leave the testator’s beneficiaries exposed to a significantly greater fiscal liability than might otherwise be the case, with correct advice and a thorough approach to Spanish Will writing.

The practitioner handling the home jurisdiction probate case and the Spanish process need to liaise closely – especially on fiscal issues. Particular regard must be had to: the succession route of the Spanish assets (and evaluation of the fiscal consequences of any discretion as to the succession route); how asset values are assessed and declared; and the availability of any deductions/ credits under dual jurisdiction taxation treaties.

A failure by a UK practitioner (for example), to agree to the appointment of an appropriately qualified and experienced practitioner in Spain; or to liaise closely with the appointed Spanish practitioner to achieve the best result overall for the estate, can leave the Estate/ beneficiaries financially disadvantaged

The above is a non-exhaustive list of situations requiring particular care and attention.

The Legal 4 Spain team is always available to provide preliminary advice on a no-obligation basis in relation to Inheritance and Estate Planning cases where there are Spanish assets.

Andrew Eastwood
Managing Director, Legal 4 Spain Spanish property, Wills & Inheritance specialists Andrew has comprehensive experience as a professional legal services practitioner, with his background as a partner in one of the largest and most highly respected firms of English Solicitors. As well as being able to draw on his considerable experience from his years in practice as an English Solicitor, Andrew has also spent a number of years working closely with the professional legal services industry in Spain. This has given him the requisite involvement in legal practice in Spain and familiarity with the Spanish business culture generally. © Andrew Eastwood - Legal 4 Spain E: legal4spain.com@gmail.com Web: Legal 4 Spain
Recommended Posts

Costs when validity of Will contestedComment