Where are we on the non-dom changes? 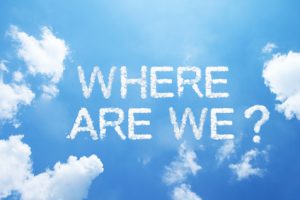 It appeared at one point that the non-dom changes, scheduled for April 2017, might be delayed.  After all, surely the government has more important things on the agenda (like Brexit, for instance)?

So it was a bit of surprise when a further consultation paper appeared in the summer holidays. This article summarizes the proposed changes, in light of the 19 August announcements.

First, the major proposal to restrict the remittance basis to 15 years remains unchanged.   Those non-doms who have been in the UK for 15 years or more (out of the last 20) will no longer be able to claim the remittance basis.  They will be ‘Deemed Domiciled’ and taxed on their worldwide income and gains, as these arise, and irrespective of whether they are brought into the UK.

One welcome surprise was the announcement that anyone caught by the new rule on 6/4/17 will benefit from a rebasing of their offshore assets.  Any assets they hold offshore will be revalued to their 6 April 2017 market value, so only gains arising from that date will be taxable.

This only applies to non-doms who have already been in the UK for 15+ years on 6/4/17, not to non-doms who reach that Deemed Domiciled threshold later.  Second, it seems that it will only apply to assets that were already held outside the UK on 8 July 2015, being the date of the Summer 2015 Budget (when these rules were first announced).

The second surprise was the announcement of a period to ‘cleanse’ offshore mixed funds.  All Deemed Doms (not just those immediately caught by the 15+ year rule on 6/4/17) will be given the opportunity to separate out any mixed funds they might have abroad.

This will be permitted in the 2017/8 tax year only. It will require the non-dom to identify the source of each different item of income or gains, in order to separate them out into different accounts.  Interestingly, there is no obligation on the non-dom to remit those funds to the UK.  However, this won’t be available at all to a ‘Returning UK Dom’ (anyone returning to the UK who had a UK domicile originally).

Returning UK Doms fare particularly badly in the proposed changes.  The idea is that anyone who started life with a domicile in some part of the UK will be treated as having a UK domicile again when they return here.  For inheritance tax (‘IHT’) only there is a period of grace, so the Returning UK Dom isn’t subject to IHT on their worldwide assets until they’ve been resident here for at least one tax year.  However this 1-year period of grace doesn’t appear to apply to income tax or CGT.

Returning UK Doms don’t benefit from the rebasing to 6 April 2017 or the opportunity to ‘cleanse’ their mixed funds.  Worse, any offshore trusts set up by a returning UK Dom, whilst living outside the UK, will be taxed as if the settlor were UK resident and domiciled at the time of creation.  In other words, the offshore trust will become a ‘relevant property trust’ for IHT, and the settlor will be taxed on all the income and gains arising in the trust.  Anyone who originally had a UK domicile, and who set an offshore trust, will need urgent tax advice before moving back to the UK.

A point of contention in the initial proposals was how to tax offshore trusts set up by non-doms who later pass the 15-year threshold and become taxable on the worldwide basis.  It was made clear that such trusts would remain excluded property settlements for IHT (but see below re UK residential property).  What was far less clear was how the trusts would be subject to income tax and CGT.

Fortunately, HMRC have dropped their initial proposal of creating a ‘benefit tax’, which would have taxed the value of any benefit received irrespective of the level of income or gains in the trust.  The 19 August paper instead confirms that the normal trust anti-avoidance rules will apply to these offshore trusts, but with a new element of ‘protection’.

A final change will have potentially a far wider impact.  The 19 August paper confirmed that structures owning UK residential property (not commercial) will be subject to IHT from 6 April 2017.

Take the ‘classic’ structure of an offshore company owning UK residential property.  At present, the owner of the offshore company holds non-UK assets (the foreign company shares) and so is outside the scope of IHT.

The new rules will look through the offshore company to the underlying UK residential property.  Whoever owns the company shares will then be within the scope of IHT.  So if an individual owns the shares, IHT will be due on their death.  If the shares are held in a trust, the offshore trust will be caught by the UK’s relevant property charges (ten year and exit charges) and potentially the reservation of benefit rules.

Any loans secured on the property will be deductible, unless these come from a ‘connected party’.  Unfortunately there is no definition yet of who will be classed as ‘connected’ for these purposes.  And despite rumours to the contrary, there is no proposed ‘de-enveloping relief’ to let people take their residential properties out of the offshore company structure.  Tax advice will be required before taking any steps to ‘de-envelope’ a UK residential property.

It is also still unclear how this new tax will be enforced.  How will HMRC know that the owner of (say) a BVI company, which owns UK residential property, has died?  The biggest impact of this change is likely to be the non-resident purchaser who is already having second thoughts on investing in the UK residential market, due to the additional 3% SDLT charge on second homes.  If you add in a loss of 40% IHT on the non-resident owner’s death, we may well see less non-residents buying property in the UK.

The 19 August consultation paper was welcome, for making it clear that the changes are still due to come.  Unfortunately, a number of key issues are still unclear, which gives very little time for advising clients before the changes come into force on 6 April 2017. 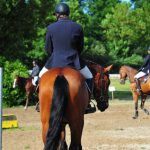 EIS and the rural and equine businessTax
This website uses cookies for functionality and to help us to improve the experience of the website. By continuing to use this website, you accept their use or you can also change your personal settings.