We receive many enquiries from French property owners, seeking advice on their Wills, who did not take advice at the time of their purchase as to the most appropriate ownership structure for them. In some cases, they may have thankfully fallen upon the right structure, but unfortunately for others they could have done better.

Why is the property ownership structure so important?

We have to put it in context. The French Civil Code provides protection of heirs through fixed inheritance rights for close family – primarily children and a spouse, but in the case of an intestacy parents and siblings too. Until recently, it was the case that French law would always apply to the succession of a French immovable asset (the rule of lex situs). Thus, no full testamentary freedom.

Getting the right property ownership structure in place is the first step to achieving clients’ goals for succession planning, followed, as you would expect, by the structure of their Wills.

Since 17 August 2015, the concept of unity of succession for cross-border estates with an EU element has been introduced across the EU Member States via EU Regulation 650/2012 (“Brussels IV”). Even though the UK chose not to opt into the Regulation, it still has a huge impact on our British clients who have some connection with a Regulation participating Member State (including France). 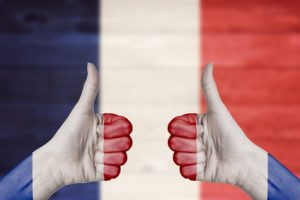 Previous articles published by LawSkills should be reviewed for the detail of the Regulation. For the purposes of this article, the key points are:

Inheritance Tax will be a key consideration when looking at property ownership structures.

France retains the rights to tax a French property, even if the deceased died domiciled in a territorial unit of the UK. Briefly, the key points of French IHT are:

With these points in mind, we can go back to basics and review the most common property ownership structures available in France. Getting advice at the point of purchase in many cases will be the important difference between achieving the objectives for succession planning, and failing to do so.

Matrimonial property regimes are not discussed here, but are another important consideration in French law.

This structure is similar, but not identical, to ownership as ‘tenants in common’ in respect of land in England.

This is the default ownership position – unless the property purchase deed provides otherwise an equal split of the ownership between the buyers is presumed. On the death of an owner, the surviving co-owner does not automatically become the sole proprietor.

How the owners’ respective interests in the property will pass on death will depend upon which country’s succession laws will apply.

If French law applies, fixed inheritance rights in favour of an owner’s children may be invoked. The potential downside is the co-ownership of the property between the surviving partner and the deceased partner’s  children, if of course this is not desired.

If English law can be applied (so for a British national, a declaration of choice of the law of England and Wales has been made in his Will), each owner can choose who is to inherit his share. Advantage: flexibility and freedom of succession planning. Potential downside: for second families, delaying a child’s inheritance until both partners have died could leave a survivor’s step-child with a 60% IHT bill (which could otherwise potentially be avoided).

This is similar, but not identical, to ownership as ‘joint tenants’ in respect of land in England.

On the death of the first owner, the surviving owner will become the sole proprietor. It is a contractual agreement inserted into the purchase deed whereby each buyer agrees that if he is the first to die he never owned the property, and if he is the last to die he owned the whole of the property since purchase, and so it forms part of the estate of the last surviving owner.

If buyers want to own a property tontine they have to make this decision at the time of purchase; it cannot be arranged after completion. If the tontine agreement is no longer desired, it can be later revoked by mutual agreement (with costs involved).

In some circumstances it may be possible for a third party to argue the validity of a tontine clause. It could be deemed to be invalid if either of the following can be shown:

The result of a successful claim is that the contract would be read as though the property was purchased indivision, and there would be no automatic survivorship.

This ownership structure can be useful if a couple with common children want to delay the children’s inheritance until the surviving parent’s death.  However, it is very difficult to break the agreement unless both co-owners are of the same view of what to do with the property (ie potentially problematic on relationship breakdown). Also, it wastes the French nil rate allowance available between the children and the first parent to die. How much of an impact this creates will require them to look at the whole IHT position (French and UK) in context.

It’s not always going to be helpful for couples with children of a previous relationship, because if a stepchild then inherits from a step-parent, he will pay French IHT at a rate of 60%.

An usufruit is a type of French asset ownership structure where different people have different interests in an asset (démembrement de propriété). It’s not the same as the division between legal and beneficial ownership in respect of English trusts.

An usufruit exists where one or more persons own the bare ownership of the title to the property subject to the right of another person(s) to use or enjoy the fruits of the property (occupation and receipt of any property related income) for life or for a set period. There are no trustees – each of the owners’ names is reported on the property title.

It was – and still is post Brussels IV – a useful structure for couples with children of a previous relationship, because of the IHT benefits.  The value of the property is apportioned between the surviving partner and the children of the deceased, based on the age of the survivor. On the survivor’s death, the step-children don’t inherit their parent’s original share direct from their step-parent and so don’t suffer IHT at 60%. In addition, they only pay IHT on the portion of the property value allocated to them, and no more when the step-parent’s usufruit ends on death.

The usufruit, however, is not without its potential disadvantages, the main one being the co-ownership of the property between parent and child/step-child. The survivor no longer has the sole discretion to sell and, on a sale, the survivor wouldn’t receive the full sale proceeds  (they would be split proportionately between all co-owners).

The tax treatment of an usufruit  is not specifically defined in the Inheritance Tax Act. However, HMRC has indicated that it is likely to tax it for IHT purposes like an interest in possession trust. There are arguments both for and against this analysis.

With a number of options of property ownership structure to choose from, French property buyers need to get bespoke advice at the right time if they want to get it right for their succession planning. To ignore the options could be to make their position worse – whether this be with regard to tax or simply not have happen on death what they want or, indeed, expect.

Setting up the ownership structure right in the first place will be a solid foundation for a client’s succession planning.

The case of a Will Trust, a Public House and proprietary estoppelComment

Costs when validity of Will contestedComment
This website uses cookies for functionality and to help us to improve the experience of the website. By continuing to use this website, you accept their use or you can also change your personal settings.