The Court of Appeal considered the law relating to testamentary capacity in the recent case of Burns v Burns [2016] EWCA Civ 37. The case concerned an appeal from the decision of DJ Woodburn sitting as a judge of the High Court in respect of the estate of the late Eva Burns who died at the age of 89 on 21st May 2010. 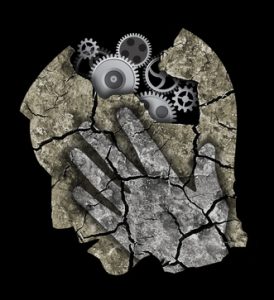 Eva’s son Colin Burns claimed for pronouncement of an alleged Will dated 26th July 2005 (“the 2005 Will”) by which Eva appointed Colin and his brother Anthony Burns as executors and divided her residuary estate between Colin and Anthony in equal shares. Anthony challenged the validity of the Will on the basis that his mother lacked the requisite testamentary capacity and did not “know and approve” of the same and sought to propound an earlier Will dated 8th May 2003 which left her interest in her property to Anthony and the residuary estate in equal shares. Eva’s house was in fact held by her for the benefit of herself and Colin in equal shares.

At trial the Judge heard a plethora of evidence in respect of Eva’s mental health. In 2003 her condition was such that Social Services were engaged in her care.  She had two Mini Mental State Examinations (“MMSE”), one in October 2003 in which the she scored 19 out of 30 and was at risk of “mental deterioration” unable to state the year date and season or write sentence and failed to recall 3 common objects mentioned to her by the nurse and the second on 22nd May 2005 when she scored 20 out of 30.  Eva also underwent an occupational “Cape Assessment” in May 2016 in which she scored 23 out of 33 and was reported to have moderately impaired mental health with medium dependency and require residential care or if living at home considerable support.

Eva started attending at a day centre (“the Home”) in March 2004. The deputy manager of the Home gave evidence that Eva had moderate to severe dementia and was very suggestible.

There was expert evidence from a Consultant Geriatrician that the MMSE tests provided “good evidence that [Eva] was poorly orientated as to where she was in time and place, had poor recall (short term memory) and that she had problems with analysis and simple task planning. Furthermore the deficits identified were persisting for a period of 3 months. “

In 2004 Eva started corresponding with solicitors. In one letter she wrote “I would like to make a Will leaving half my equity to Colin and half to Anthony”. No point was made that this letter had been forged or was procured by undue influence. In December 2004 the solicitor wrote to Eva enclosing a draft Will for her consideration. She responded that solicitors could go ahead and that she would sign the Will in the New Year. In July 2005 Eva’s Will was executed at the solicitors’ offices in the presence of the solicitor and his receptionist. The solicitor was unaware of the 2003 Will and did not ask Eva to explain the changes proposed by the new Will. Although the solicitor was found to have practised in the non-contentious areas of wills and trust he did not know of the “Golden Rule” and did not ask questions of Eva designed to test her mental capacity but rather “had general discussions with her, passed the time of day, spoke about the weather, asked how she was. These were not open questions”. He read the Will, she said she understood it and it was executed.

The trial judge found that the 2005 Will was valid on the basis of the rule in Parker v Feldgate ie. that the Will was drawn in accordance with instructions given by Eva when she had full capacity and executed when she lacked it but in circumstances where she still appreciated she was signing a document embodying her previous instructions. Alternatively the judge found that Eva had testamentary capacity at the time she executed the Will.

Perhaps unsurprisingly Anthony’s estate appealed, arguing that the Judge was wrong to find that the deceased had testamentary capacity either in November/ December 2004 or on 26th July 2005. It was argued that the Judge failed to have proper regard to the burden of proof and that there was insufficient evidence to discharge that burden of proof.  The appellants submitted that the judge failed to give due weight to what the MMSEs, the CAPE assessment and the evidence of the Consultant Geriatrician and failed to give adequate regard to the evidence of the deputy manager of the Home. He argued that Eva did not have sufficient memory to give instructions for or to execute a valid Will at either date relying on the following extract from William on Wills “the grand criterion by whether the mind is injured or destroyed is to ascertain the state of the memory for without memory the mind cannot act.”   The Appellant also criticised the judge for failing to set out the law.

The Court of Appeal

The Court of Appeal found in dismissing the appeal that the Judge had correctly identified the salient criteria for determining testamentary capacity. The court reinforced the fact that the Golden Rule was a prudent guide for solicitors dealing with a Will of an aged testator or one who had been seriously ill and did not constitute a rule of law but guidance as to a means of avoiding disputes; “it is not a touchstone of validity or a substitute for established tests of capacity or knowledge and approval”. The court reminded itself that the burden of establishing capacity was on the propounder of the Will. Whilst the Court of Appeal entertained doubts as to the judge’s conclusions on capacity it found that the evidence entitled him to make the finding of capacity both in November/ December 2004 and at the time the Will was executed. The court found that Eva’s actions and the unchallenged letters she wrote amounted to sufficient evidence that Eva had genuinely intended to revoke the 2003 Will and make a Will dividing her estate between her two sons.  The Court of Appeal was concerned by the Judge’ failure to articulate the counterveiling considerations arising from the various mental health assessments but put this down to the fact that the Judgement was given ex parte The court found that the judge’s assessment of the facts from which he draws his overall conclusion was a full one and one which such judgment should not be readily overturned. Accordingly the judge’s findings in respect of capacity at the point of execution were also properly made.

This is a striking example of how difficult it is to prove incapacity. Eva was clearly suffering from significant memory problems and mental health issues as evidenced by various different means yet the court still made a finding of capacity.

This course will discuss with practitioners the type of incisive skills necessary to assess capacity and diagnose human vulnerabilities and assess each individual’s ability to embark on a variety of legal tasks.

Tara Lyons
© Tara Lyons - Pump Court Chambers
Tara is a specialist family and civil law practitioner. She represents a range of litigants and is instructed to appear in courts and tribunals at all levels up to and including the Court of Appeal. Tara undertakes a range of written work and is happy to advise both on paper and by telephone. Tara is authorised to accept work on a direct access basis as part of the Public Access Scheme.
E: t.lyons@pumpcourtchambers.com | Pump Court Chambers
Recommended Posts
Categories 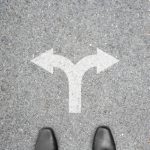 Does dementia mean no capacity?Elderly/Vulnerable Client
This website uses cookies for functionality and to help us to improve the experience of the website. By continuing to use this website, you accept their use or you can also change your personal settings.