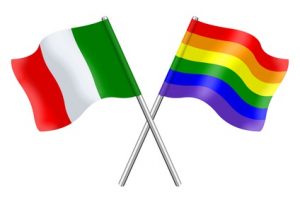 The Law 76/2016, so called “Cirinnà” after Senator Monica Cirinnà who advocated it, has been approved and is official as of the 5th of June 2016.

In this piece we comment on the impact of these legislative innovations on the implementation, by  Italy, of the obligations arising from the ECHR and the Charter of Fundamental Rights concerning the protection of human rights ( respectively  Article  8 and Articles 7 and 9).

It is true that the law certainly corresponds to the result indicated by the Court of Justice in previous cases in which Italy has been condemned.  However the Cirinnà law poses at least two problems that it leaves unsolved:

1)  what of the legal recognition of same-sex marriages contracted abroad, with reference to which the law expressly provides that in Italy they can only produce the same effects as civil unions (art. 1, paragraph 28, letter. b);

2)  the effectiveness of the relationship of adoptive filiation established in favour of same-sex parents, given that there are  significant differences between marriages and civil unions, and that, in parliamentary work, was the most controversial and debated aspect.  It is the failure to include the possibility for the members of a civil union to have access to adoption, also in the form not only of the full step-child adoption (ie the partners’ adoptive son) although the Italian Courts are oriented towards ensuring in any case the recognition of step-child adoptions pronounced abroad (see most recently the Court of Appeal of Milan, 16 October 2015).

Probably the new law will impact on the Italian law 218/1995 – the Italian Private International Law (PIL) which determines the criteria to identify the applicable law and govern the effects of foreign judgements and acts.

The article 1 paragraphs 1 to 35 is about the new regulation for same sex couples who have the right to be united in a civil union (actually the law doesn’t use the word “marriage”) in front of a registrar and in the presence of two witnesses;  their union will be registered in the books of the registry office. They can keep their surname, take the other person’s or just add their surname to that of their partner.

The law doesn’t give an official name to this new “status”.

The couple can choose their property regime as per a married couple; in Italy the usual regime is that of common property for all the purchases unless the couple chooses the separation of property: in this case, each one can buy (and sell) without his/her partner’s consent.

It is important to point out that a same sex couple will have the same rights and duties – with the exception of the obligation to remain faithful – that the civil code provides for a married couple, in terms of inheritance rights, survivor’s pension and obligation to provide moral and material assistance.

However, as we said above, there are still differences between the rights afforded to couples in civil union and spouses as the same sex partners are not allowed to adopt their stepchildren. The paragraphs 36 to 65 govern the cohabitancy between two persons, same or different sex, who are not related, married or joined by a civil union.

The “de facto” cohabitants can sign a “cohabitant deed”, to be registered in the Registrar’s book in front of a Lawyer or a Notary to regulate their rights and duties and they have the same access right as a spouse in case of admission to hospital.

In the event of the transfer of real estate rights, the couple will need a notarial deed.

The main differences between this partnership and the civil union (and the marriage) are:

We can say that the new law is far from perfect but it’s an important step forward for civil rights in Italy!

Alessandro Taddei is a Notary in Rome where he lives with his family. He helps foreigners who live or have interests in Italy and he is expert in real estate transactions, tax law, cross-border successions and wills. He is a Governor at the St. George’s British International School in Rome and one of the English speaking notaries on the list published by the British Embassy in Rome.
Recent Posts
Categories

The case of a Will Trust, a Public House and proprietary estoppelComment
This website uses cookies for functionality and to help us to improve the experience of the website. By continuing to use this website, you accept their use or you can also change your personal settings.