Ongoing litigation between discretionary beneficiaries under, and the trustees of,  two separate trusts has given rise to consideration of significant issues concerning how and when a proprietary estoppel might arise in relation to a trust. This hearing deals first with the  ‘unanimity principle’: if, how and when one trustee, acting alone, might bind his fellow trustees. The ‘non-fettering principle’ is then addressed: is it always a complete defence to the creation of an estoppel relating to actions taken or representations made by one or more trustees?

The two separate trusts to which these proceedings relate are as follows:

Disputes arose over the meaning and effect of the 2007 Deed, culminating in Sam issuing proceedings against Stephen and former and current trustees of the Will Fund. He sought (and still seeks) declaratory relief concerning the true construction of the 2007 Deed. Stephen has defended the claims made using various legal arguments, the significant one for the purposes of this hearing being a counterclaim founded on his assertion that a proprietary estoppel had been created, giving him a greater interest than that given to him under the settlements. The counterclaim pleaded (as the judge held) promises made by only one of the trustees, and Stephen sought to argue that the promise of one bound all. The trustees of the Settlement Fund contended that the pleaded case for estoppel was defective and must fail, two applications being made on this basis: first, the estoppel counterclaim (technically a Part 20 claim) should be struck out; and secondly, the court should therefore order summary judgment against Stephen on this point. The judge’s decision on these two preliminary matters contains an analysis the two issues raised concerning the application of proprietary estoppel to trusts and trustees.

There was no dispute over the essential ingredients of proprietary estoppel, and Sir William Blackburne cited in his judgment the case of Thorner v Major [2009]1 WLR 776:

“…most scholars agree that the doctrine is based on three main elements, although they express them in slightly different terms: a representation or assurance made to the claimant; reliance on it by the claimant; and detriment to the claimant in consequence of his [reasonable] reliance.”

Bearing in mind those essential ingredients of proprietary estoppel, the judge examined the two challenges to Stephen’s claim that an estoppel had been created in this case.

There was, again, no dispute over the meaning of the unanimity principle. The judge referred to it being ‘conveniently set out’ in Lewin on Trusts, 19th edition in chapter 29, which states:

“The office of co-trustees of a private trust is a joint one. Where the administration of the trust is vested in co-trustees, they all form as it were but one collective trustee and therefore must execute the duties of the office in their joint capacity. Sometimes one of several trustees is spoken of as the acting trustee, but no such distinction is known to the law: all who accept the office are expected to act. If anyone refuses or is unfit to act, it is not competent for the others to proceed without him…”

The question in this case was how this principle operated where the estoppel is alleged to arise as a consequence of representations made by just one of several trustees. Stephen’s counsel submitted that representations or assurances made by one trustee will bind the others if it was reasonable in the circumstances for the person to whom they were made to rely upon them in the belief they were made by or on behalf of all of them. Sir William was unable to agree with this submission: “Elementary fairness requires that before a person can be bound by the acts of another purporting to act in his behalf, that other must have his authority to bind him in the matter. Whether he has will depend on the usual principles of agency. This applies, in my judgment, as much in the field of estoppel as it does in other contexts.”

The judge continued by concluding that for the claim of estoppel to succeed, it would be necessary for the pleading to set out, in respect of each trustee at the time of the representation which is said to ground the estoppel, what facts and matters are relied upon for saying that he was bound by the representation in question. It was not sufficient to argue that the trustee who had made the representations on which Stephen sought to rely (assuming for the moment that he had made them) would be unlikely to have made them unless he had the authority of his co-trustees. The pleaded claim should set out how he had the authority of his co-trustees.

As with the unanimity principle the existence of the non-fettering principle was not in dispute. Lewin on Trusts, 19th edition, ch.29 again provided a useful statement of the law:

“When the power is fiduciary, the donee must exercise his judgment according to the circumstances as they exist at the time: he cannot anticipate the arrival of the proper time by affecting to release it or not to exercise it or by pledging himself beforehand as to the mode in which the power shall be exercised in the future is ineffective. Any form of undertaking as to the way in which the power will be exercised in future is ineffective.”

The question at hand was whether the non-fettering principle operated as a complete defence to a plea of estoppel founded on a representation by trustees that they would exercise their discretion in a particular way at some future date. Counsel for the trustees submitted that if a contract entered into by trustees with a potential beneficiary as to the future exercise by them of their discretion is void and unenforceable, the position cannot be any different if the beneficiary, instead of seeking to enforce a contract, raises a claim to estoppel. The non-fettering principle, he argued, prevents an estoppel from arising by preventing any assurance that may be made from being even capable of having a binding effect.

The judge did not agree with these submissions, as it left a person who in all good faith had conducted his affairs, for example by making personal or financial sacrifices, on the faith of a representation that he would one day inherit or acquire some interest, with no remedy simply because the person with whom he has dealt are trustees of that land. “This strikes me as unfair, not least when the claimant might have no idea, and no means of knowing, that the persons he has dealt with are trustees…” He therefore concluded that the non-fettering principle did not operate to defeat Stephen’s claim if the ingredients of the estoppel which he asserted were otherwise established. The effect of allowing an estoppel would not be (or need not be) to compel the trustees to exercise their power in some given way in future; it merely disabled them from exercising their power in respect of the asset in question and then only to the extent that the court had declared that the asset was to be applied in satisfaction of the equity which had been established. 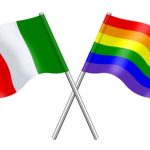 Same sex civil unions in ItalyComment
This website uses cookies for functionality and to help us to improve the experience of the website. By continuing to use this website, you accept their use or you can also change your personal settings.