Can protectors invoke the court’s supervisory jurisdiction of trusts? If so, what sort of relief can they seek? Davidson and another v Seelig and others [2016] EWHC 459 (Ch) is the first reported English case to have considered these questions.

What is a protector? 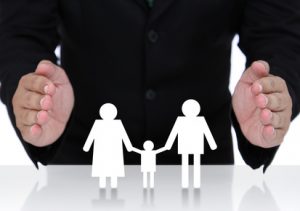 The protector is now something of a stock character in the commedia dell’arte of international trust litigation. But the office is narrower than the title suggests. A protector has no general remit to protect. Instead, protectors are usually donees of one or more powers which might otherwise be exercisable by the trustees and which enable them to act as a check on the trustees: for example, a power to remove and/or appoint trustees or a power to veto trustees’ dispositive acts.

While protectors are commonly appointed (either at the date of settlement or subsequently) to monitor trustees for the sake of the beneficiaries, the beneficiaries may not always approve the appointment or the manner by which they execute their office. This can be a source of tension and disagreement from which litigation can ensue.

The main claim in Davidson arose in the context of a family dispute between the two income beneficiaries (the claimants) and their parents (the settlors). In 1967 the settlors had settled two discretionary trusts in similar terms for the benefit of their children and grandchildren. The settlements later became extremely valuable. Following the exercise of the trustees’ dispositive powers, the claimants were entitled to the income and had defeasible contingent interests in capital.

In 2003 the trustees exercised their power of appointment to create a protectorship regime. By 2013 there were three protectors, in whom were vested the following powers (set out below in simple terms) exercisable by majority:

The claimants issued proceedings in February 2014, challenging the validity of the 2003 appointment establishing the protectorship regime as well as the subsequent appointments of the second and third protectors (P2 and P3), with whom the claimants had a poor relationship. The claimants also sought, in the alternative, the removal of P2 and P3 on Letterstedt v Broers principles.

Initially, both P2 and P3 defended the claim. P3 later discontinued his defence and retired as a protector. P2 continued to defend the claim, in the course of which he filed, in July 2015, a late application to amend his defence and to introduce a new counterclaim.

P2’s amended defence and counterclaim alleged that the trust administration was “unsatisfactory”. P2 agreed in principle that he would retire, but only after obtaining the following relief (again set out in simple terms):

The claimants and the trustees opposed P2’s amendment application on the grounds that it was too late and that, in any case, the new counterclaim advanced by P2 had no real prospect of success.

In a thorough judgment, Henderson J dismissed P2’s application, concluding that it would not be possible to allow the amendment without causing serious procedural disruption and the loss of the trial date. The judge went on to consider the other ground of opposition: that the amended case had no real prospect of success.

Henderson J held that the continuing protectors (P1 and P2) did not have a general power or duty to supervise the administration of settlements but could “only apply to the court for relief which relates to the proper exercise of their own powers.” Considering the four heads of relief sought by P2’s proposed counterclaim, the judge found as follows:

The indication in the judgment that a protector does not have locus standi to ask the court to intervene to “whip” his co-protector may surprise some trust practitioners, since in extreme cases a co-protector’s refusal to join in the exercise of a jointly held power may obviously be tainted by delinquency or bad faith and it may be thought that in such cases the righteous protector must have standing to seek the court’s directions as to whether or not the power ought to be exercised.

Whether or not that is correct, it is submitted that an application by a protector to compel the exercise of a joint power would almost always fail even if the applicant protector had standing to bring it. This is because the court will not (per Tempest v Lord Camoys) override a fiduciary’s decision not to exercise a fiduciary power unless there is clear evidence of bad faith or some equally serious vitiating factor.

Whereas trustees and beneficiaries are usually not limited in the sort of applications they can make to enforce their trusts, the position with protectors is different. Since they enjoy no special statutory status in English law, their standing must be established in accordance with general principles.

The main question is whether the applicant protector has any relation to the particular duty or power which he seeks to enforce. If he is a stranger to the power, the application is likely to fall at the first fence. If, on the other hand, the protector’s application concerns some duty or power given to a committee of protectors which is not severally exercisable, the individual protector (even if he manages to establish locus to make the application unilaterally) will struggle to persuade the court to override the wishes of his co-protectors unless there are real doubts about their capacity or ability to exercise independent judgment.

Any protector who can overcome both of the foregoing obstacles will nevertheless have to contend with the wishes of the beneficiaries. In Davidson, all the living beneficiaries (the claimants and their children) vehemently opposed P2’s application. This made P2’s contention that, as a fiduciary, he was acting in the best interests of the beneficiaries of the settlements difficult to sustain, and his prospects of success in obtaining the relief sought “fanciful”.

Book review: Tax Advisers’ Guide to TrustsBook Reviews for Private Client practitioners, Trusts
This website uses cookies for functionality and to help us to improve the experience of the website. By continuing to use this website, you accept their use or you can also change your personal settings.