Do you really have to have the consent of remote beneficiaries to varying the trust terms? – A v B [2016] EWHC 340

This case concerned a proposed variation of various sub-funds of two family discretionary trusts. The first trust was created by a testator, referred to in the case as T, in his Will (‘the Will Trust’) upon his death many years ago and was for the benefit of his descendants. The second trust (‘the Settlement’) had been set up by T’s brother, H, with property which had been appointed to him from T’s Will Trust. The Settlement terms were similar to the terms of the Will Trust and contained the same administrative powers. H had died in the 1980s.

A succession of appointments had been made in both trusts so that each was divided into a number of sub-funds. In the Will Trust three sub-funds were relevant to this hearing:

Two sub-funds of the Settlement were relevant to the hearing and they were held on materially the same terms as the Grandchildren’s Fund and the Appointed Fund. They were administered as one with those respective sub-funds.

The principal variation requested was to the perpetuity periods of the 1983 Fund, the Grandchildren’s Fund and the Appointed Funds (together ‘the Arrangement Funds’). The original perpetuity period of all of them was by reference to lives in being plus 20 years from the date of T’s death and was therefore likely to expire in the 2040s or 2050s. The requested variation was to extend this to 1 January 2141, being the new 125 year perpetuity period from s5 of the Perpetuities and Accumulations Act 2009.

There was also a requested variation to the power to accumulate income in the 1983 Fund and to modernise the administrative powers in the Arrangement Funds.

D12 and D13, as two of the trustees of the Will Trust and Settlement, as well as appearing in their role as trustees, also represented the particular class of unborn and unascertained beneficiaries (‘the specified class’), being the unborn and unascertained descendants of H’s surviving sons C1 and D6, and the spouses, widows, widowers of C1 and D6 or their descendants (not already being parties to these proceedings).

Section 1 of the Variation of Trusts Act 1958 provides that:

(1) Where property, whether real or personal, is held on trusts arising, whether before or after the passing of this Act, under any will, settlement or other disposition, the court may if it thinks fit by order approve on behalf of—

(a) any person having, directly or indirectly, an interest, whether vested or contingent, under the trusts who by reason of infancy or other incapacity is incapable of assenting, or

(b) any person (whether ascertained or not) who may become entitled, directly or indirectly, to an interest under the trusts as being at a future date or on the happening of a future event a person of any specified description or a member of any specified class of persons, so however that this paragraph shall not include any person who would be of that description, or a member of that class, as the case may be, if the said date had fallen or the said event had happened at the date of the application to the court, or

(c) any person unborn, or

(d )any person in respect of any discretionary interest of his under protective trusts where the interest of the principal beneficiary has not failed or determined.

any arrangement (by whomsoever proposed, and whether or not there is any other person beneficially interested who is capable of assenting thereto) varying or revoking all or any of the trusts, or enlarging the powers of the trustees of managing or administering any of the property subject to the trusts:

Provided that except by virtue of paragraph (d) of this subsection the court shall not approve an arrangement on behalf of any person unless the carrying out thereof would be for the benefit of that person.

Warren J approved the requested variation to the Arrangement Funds. He also agreed that the potential but very remote beneficiaries who were not parties to or represented in the proceedings were precluded from objecting to or challenging the variation i.e. the need for their consent was bypassed.

Although the issue of T’s father, their spouses, widowers and widows (who were not or did not claim through C1 or D6) and also charities, could all under the terms of the trusts and by the exercise by the trustees of their powers of appointment, become present beneficiaries “it is clear from the evidence however, the Trustees would only propose to include them in the event of some family catastrophe.”

Warren J was satisfied that a similar procedure had been adopted by Wilberforce J (later Lord Wilberforce) in Christie Miller’s Marriage Settlement Trusts [1961] 1 All ER 855. He pointed out that that case differed as the variation related only to the investment provisions and the objects of a power whose consent were to be bypassed. They were objects of a special power of appointment exercisable by the husband and not a fiduciary power.

Warren J went on to look at why the trustees could effectively release or restrict the exercise of their powers to the detriment of a wider class other than members of a narrower class of beneficiary. “And why, it can also be asked, would it not be a fraud on the powers for the Trustees to exercise their powers simply with a view to eliminating the need for additional parties to be joined to the application and for need for the court to consent to the Arrangement on behalf of the unborn and unascertained members of the wider class?”

He dealt with these issues by finding that the trustees’ powers included power to benefit the ‘core’ beneficiaries. In the present case, the trustees considered the variation to be in the interests of those core beneficiaries and did not want to prevent the remoter beneficiaries from potential benefit, such as in the event of a family catastrophe. The terms of the variation preserved their powers, subject to the agreed variation of those powers. “I consider that, on the facts of the present case, it is perfectly proper for the Trustees to effect the partial releases and that no fraud on a power is involved.”

Warren J did not feel that the remoter beneficiaries needed to be represented before him as he felt that the trustees were acting properly in their partial release of their powers to enable the variation to take place. He also took the view that the variation was for the benefit of the remoter beneficiaries as it preserved the trust assets for the future and preserved their (albeit remote) chance of ever benefitting. “It is for these reasons that I did not see the method of dispensing with the need for representation of the wider class as other than fully effective, as well as being a sensible and practical approach to the application.”

Do you know the origins of trust law and the key rules applying to-day?Gill's Blog, Trusts 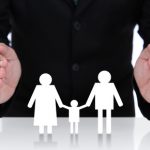 Standing on thin ice: court applications by trust protectorsTrusts
This website uses cookies for functionality and to help us to improve the experience of the website. By continuing to use this website, you accept their use or you can also change your personal settings.