The focus of the recent Budget on the top rate of capital gains tax was reducing to 20% by 6 April 2016.  However, the exception is for gains incurred in connection with residential property.  Let’s focus on principal private residence relief.

With development land currently enjoying such a high profile in tax planning terms, there are complex considerations about maximising tax reliefs and a tribunal case has highlighted this.

The best utilisation of the business tax reliefs (entrepreneurs’ relief and rollover relief) for capital gains tax purposes are often a prime aim in managing the business development projects. 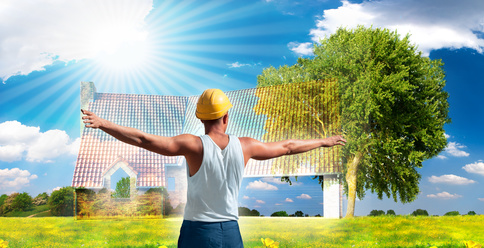 A lot of the current development operations include the garden and paddocks next to the house to qualify for principal private residence relief (PPR). The potential area is set at 0.5 hectares for the garden to qualify for this relief.  Where the area of garden and grounds, inclusive of the site of the dwelling house, does not exceed 0.5 hectares, relief is automatically available for any full or part disposal of the property. If the size of the garden exceeds half a hectare, relief may be available under s 222(3) if it is considered that a larger area is acquired for reasonable enjoyment of the property.

A recent Tribunal case: Mr D & Mrs T Fountain v HMRC TC04596, has shown the need to be clear on principal private residence relief restrictions of the large garden and the need to ensure maximum relief is obtained.

Extra plot was uncultivated and separate

The facts are that the Fountains built a new home on plot 4 and moved into the home in January 2007. Their former home was sold in February 2007 as a principal private residence and subsequently plot 2 was sold in December 2009.  The issue before the tribunal was whether the Fountains were entitled to claim PPR relief for the disposal of plot 2 as part of their garden.

The Fountains argued that plot 2 formed part of the grounds of their main residence because the two plots were on the same title registered with the Land Registry. In addition it was argued that the plot had formed part of the garden of their original home and continued to be used for their domestic use and enjoyment. HMRC was of the view that PPR relief did not apply in the case of plot 2 and rejected the claim for the relief.

The Tribunal (FTT) looked at the facts of the case and determined that the Land Registry point (that the plot and the house were on the same legal title) was irrelevant. The key negatives against the PPR relief claim were that plot 2 was uncultivated and separated from the main residence by another house (plot 3) and it was also separated by fencing.

Extra plot needs to be evidenced as part of the garden

The FTT looked at the “part of the garden” point which was explored in another tribunal case Anne Dickinson v HMRC TC03037. In that case the final contract was delayed due to a fault by the solicitor, and in the meantime the area to be sold had been fenced and some ground works commenced. Mrs Dickinson retained the PPR relief due to the specific facts, but other taxpayers have not been so lucky.

Building plot close to the garden

It is important to look at why plot 2 did not qualify for PPR relief. In the Fountain case the appellants failed to persuade the FTT that the CGT relief should apply to plot 2 because it was close to, but not adjacent to, their main residence which had been built on plot 4. Mrs Fountain claimed that plot 2 had been used as hard-standing for their caravan, but did not support her statement with any other evidence, such as pictures of the garden being used in this way. Again such a decision highlights the need to keep evidence for all and every tax relief that is being claimed.

Plot 2 was separated from the Fountains home by plot 3, which had been gifted to their son three years previously. The relevant facts considered were that there was no direct access from their home to plot 2, and no evidence that plot 2 had been cultivated as a garden, as it had been levelled and covered with hard-core. It was made clear by the FTT that it is not essential that the garden and the house must be adjacent to each other. The key point was that the area must be evidenced as cultivated and used with the home.

Garden and grounds must be used within the home

As mentioned, HMRC recognises that in some circumstances the building plot and residence may be separated, perhaps by a right of way (see the Capital Gains Manual at CG64367) – but the owners must be able to show that the garden or grounds are used with the house. It is essential that evidence is kept of all areas of claim to achieve PPR relief.

The key to convincing HMRC a client’s eligibility forthe relief is having excellent EVIDENCE sufficient to prove entitlement, such as photos. It could be argued that cynical tax planning might have been to cultivate the plot and use as a garden and to take photographs of both the cultivation of the plot and the use of the plot rather than cover it with hardcore!

Many commercial opportunities for garden development will present themselves on a regular basis in the years ahead and it will be essential to put tax planning in place.  The Fountain case provides positive guidelines on how to protect PPR relief in such situations. The key is evidence of the use of the area claimed as a garden. The action point is planning ahead for the disposal of the garden tax efficiently with evidence. 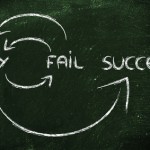 What’s happening at Nottingham?Gill's Blog, Tax
This website uses cookies for functionality and to help us to improve the experience of the website. By continuing to use this website, you accept their use or you can also change your personal settings.