A frequently asked question by new clients prior to making Wills of their assets in Spain, is: ‘How much Succession Tax is payable in Spain?’

A simple enough question; and in the case of UK estates, for example – in the majority of cases – there is a simple enough answer.

By contrast in Spain, there are a significant number of potential variables in the calculation, such that the position is generally very much case-specific. 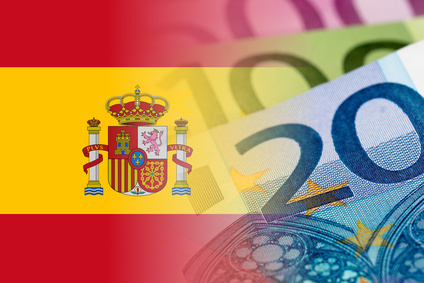 It can therefore be misleading to provide generic advice/calculations. (But an experienced practitioner will be able quickly to assess – based on the relevant details- and provide an indicative amount or percentage).

In this article, I will briefly review the usual variable factors, to identify the details which are usually required from clients. Then I will examine in more detail, a specific recent legal development as regards the actual location of real estate interests within Spain.

The principal factors which will determine the amount of SST which will be payable in a given case include:

The other determining factor for SST calculations which requires particular explanation, given that there have been recent legal changes, is the location within Spain of the real estate assets in a deceased estate.

Spanish residents had the benefit of the SST exemptions/ allowances of the Autonomous Community (there are 17 in Spain) within which the property was situated for the purposes of calculating SST.

In contrast, non-Spanish residents were allowed no such regional reductions in SST, and were subject to the basic ‘national’ rules. So, even for spouses and descendents, each beneficiary had an SST- free allowance of just 15,957 Euros; and everything beyond that value level was subject to SST in the hands of each individual beneficiary.

A challenge was made against this practice through the EU Courts, on the basis that it created discrimination between European citizens, dependent upon whether they were fiscally resident in Spain or not. This was held to be contrary to the principles of freedom of movement of European citizens/ their capital within Europe.

As such, Spain having duly complied with the EU Ruling, no longer differentiates in SST calculations for European nationals with properties in Spain, between those who are fiscally resident in Spain and those who are not.

So, for UK nationals with properties in Spain, (for as long as the UK remains an EU member), the actual location in Spain of the property in question is of fundamental importance in determining the SST liability. The actual impact of SST varies dramatically between the individual Autonomous Communities within Spain, according to the applicable Autonomous Community’s own allowances and deductions for SST calculations.

(As a side issue, many commentators believe that the imposition by different Autonomous Communities of different SST rules also creates discrimination between EU citizens depending on where in Spain their property is situated. No Ruling or Directive has yet been issued against Spain on this front. However, some see it as almost inevitable that eventually Spain will be forced to centralise/standardise the SST policy across all the Autonomous Communities, to bring an end to this anomalous situation).

But pending any further change, it is important to note the actual location of a Spanish property continues to have a significant impact on SST liability.

Another issue for UK estate planners to bear in mind in advising clients with Spanish assets, is the availability of Unilateral Relief Treaty credit for the purposes of UK IHT calculation, based on SST actually paid. This enables a final net overall UK IHT/ SST calculation to be made. There are a significant number of rules/ restrictions to bear in mind in this regard – also that the current Treaties are based on the UK’s current status within the EU. Should that change, then it is assumed that the position would need to be revisited; and this could, of course, have an important impact on overall tax rates in the context of inheritance of Spanish assets owned by UK nationals.

The Legal 4 Spain team is always available to provide preliminary advice on a no- obligation basis, in relation to Wills of Spanish assets and Spanish estate planning generally. 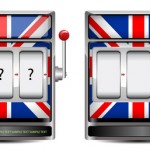 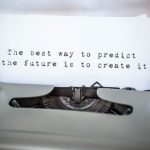 What is a legal futurologist?Comment, Gill's Blog, Practice Management
This website uses cookies for functionality and to help us to improve the experience of the website. By continuing to use this website, you accept their use or you can also change your personal settings.