Rectification of a deed of variation 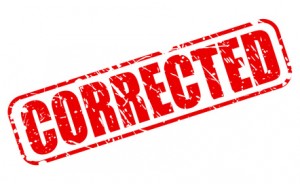 Vaughan-Jones v Vaughan-Jones [2015] EWHC 1086 (Ch) is a helpful illustration of the court’s approach to rectifying a deed of variation which fails to correctly give effect to the parties’ intentions as a result of an error in drafting. It also sheds some practical light on how HMRC are likely to react to a claim for rectification which has tax consequences and on who is likely to have to bear the costs of the rectification claim.

After the deceased’s death, the executors instructed a solicitor, Mr Evans, to administer the estate. Although most of the estate qualified for agricultural property relief (“APR”) and business property relief (“BPR”), the gift of three quarters of the residuary estate to the three sons gave rise to an IHT liability. As a result, at a meeting on 6 October 2009 (only 12 days before the 2-year anniversary of the deceased’s death) the executors discussed with Mr Evans the possibility of executing a deed of variation redirecting the entire residuary estate to the deceased’s widow so as to take advantage of the IHT spouse exemption. The other two sons and the widow subsequently agreed. Mr Evans then proceeded to draft a deed of variation which was executed on 13 October 2009.

Clause 3 of the deed provided:

The parties hereto shall, if called upon to do so, give the notice required under the relevant Finance Acts for capital transfer tax purposes.

As the judge explained, until the enactment of the Finance Act 2002, it was not necessary for a deed of variation to contain an election that the ‘reading back’ provisions of the relevant tax statute should apply to the variation effected by the deed; instead, such election could be sent to the Revenue within 6 months of execution of the deed. However, the Finance Act 2002 amended the relevant provisions of the IHT and CGT legislation (section 142 of the Inheritance Tax Act 1984 (“IHTA”) and section 62 of the Taxation of Chargeable Gains act 1992 (“TCGA”) respectively). As a result, since 1 August 2002 a deed of variation must itself contain a statement made by all relevant parties that they intend the relevant ‘reading back’ provision to apply to the variation.

The administration of the estate appears to have proceeded fairly slowly. Mr Evans submitted the relevant accounts to HMRC approximately 2 years after the deed had been executed. A grant of probate was then issued to the two executors on 27 September 2011. Negotiations followed between the executors and HMRC in relation to the applicability of APR and BPR. In a letter dated 1 May 2013 HMRC took the point that the deed of variation did not contain the necessary ‘reading back’ statement and therefore the variation effected by it could not be read back to the deceased’s death.

In early 2014 Mr Evans died. In early 2015 the executors, who in the meantime had instructed new solicitors, issued a claim seeking rectification of the deed, asking the court to replace clause 3 of the deed with:

The parties hereto hereby elect that the provisions of Section 142(1) of the Inheritance Tax Act and Section 62(6) of the Taxation of Chargeable Gains Act 1992 shall apply to the variation of the dispositions of the estate of the deceased hereby effected.

The judge referred to Willis v Gibbs [2007] EWHC 3361 (Ch), the facts of which bore a “remarkable similarity” to those in Vaughan-Jones. He accepted the submission that the relevant intention for the court to consider was that of the beneficiaries who had executed the deed of variation, not that of the executors. However, he considered that the intention of all of the beneficiaries was relevant, and that that included the deceased’s widow (who stood to benefit from the variation) as well as his three sons (who were redirecting their share of residue to their mother).

He went on to hold that there were live issues between the parties, as required by the “difficult decision” of the Court of Appeal in Whiteside v Whiteside [1950] Ch 65, which he identified as the repayment of or release from a substantial amount of IHT and the impact on the value of chargeable gifts made by the sons if they failed to survive for seven years from the deed.

As the judge pointed out, it must be borne in mind that decisions on rectification turn on their own particular facts. However, it is suggested that the following points can be gleaned from the decision.

2.  The case serves as a reminder that the court will require “convincing evidence of mistake on the part of all relevant parties to the deed in question” before ordering rectification.

The threshold to be met is a high one, and on the facts of Vaughan-Jones the judge considered it to be “only just”satisfied in so far as reading back for IHT purposes was concerned, but not satisfied in relation to reading back for CGT purposes given that there appeared to be no reference to CGT in the relevant evidence.

In particular, the evidence will have to establish with sufficient clarity what the parties’ true intention was. This is illustrated by cases such as Racal Group Services Ltd v Ashmore [1995] STC 1151 and Allnutt v Wilding [2007] EWCA Civ 412 in which the court accepted that there had been some sort of mistake but refused rectification as it was not satisfied that the party’s true intention has been sufficiently established.

3.  The decision also sheds some light on how HMRC are likely to approach claims for rectification which have tax consequences.

The executors had given HMRC notice of the proceedings. HMRC replied stating that they did not wish to be joined to the litigation but that they invited the executors to draw the court’s attention to the decision in Racal Group Services Ltd v Ashmore (above) and the authorities discussed in that case.

On the particular facts, HMRC also argued in correspondence that it appeared from the evidence that the variation had been entered into for consideration in that the widow had agreed to try to “transfer as much as she [could to the three sons] and survive for seven years”.

As a result, HMRC argued that even if the deed were rectified, it would be ineffective to achieve reading back as a result of section 142(3) IHTA.

The judge was satisfied that counsel for the executors had discharged the duty imposed on him by HMRC by referring to the relevant authorities and expressed doubt about the correctness of HMRC’s argument based on consideration, although indicated that that was not an issue for him to determine on the rectification claim but rather an issue for the First-Tier Tribunal to determine in due course if the point could not be resolved.

4.  Finally, the decision sheds some light of how a rectification claim of this nature may interact with professional negligence proceedings against the solicitor responsible for the drafting error.

The executors’ evidence suggested that it was likely that the error had arisen “because Mr Evans was working under time pressures, and that he used an old precedent, and a poor quality one at that”. In submissions counsel for the executors suggested two possible explanations as to how the mistake had arisen:

The judge noted that the executors had confirmed in their evidence that “Mr Evans’s insurers have agreed to indemnify the parties for the reasonable costs of making the claim”, an approach which he described as “entirely consistent” with the approach of the Supreme Court in the costs decision in Marley v Rawlings [2014] UKSC 51, which concerned a claim for rectification of a will.

Although there is no express reference in the judgment to professional negligence proceedings or indeed any finding that Mr Evans had been guilty of professional negligence, it is suggested that in cases such as Vaughan-Jones in which the loss caused by the prima facie negligence (an IHT liability of c.£200,000) is likely to be significantly greater than the legal costs of bringing a rectification claim, the draftsman’s insurers may well agree to bear all parties’ reasonable costs of pursuing a rectification claim as this will be a far cheaper way of ‘eliminating’ the loss which the draftsman’s insurers may otherwise have to meet.

In an appropriate case it may also be worth considering whether the apparent error in drafting can be resolved by way of a construction claim.

Does ‘one part’ of residue mean the same as ‘one tenth’?Wills 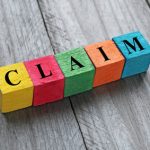 Standing on the shoulders of beneficiaries – who can challenge a Will?Probate, Wills
This website uses cookies for functionality and to help us to improve the experience of the website. By continuing to use this website, you accept their use or you can also change your personal settings.