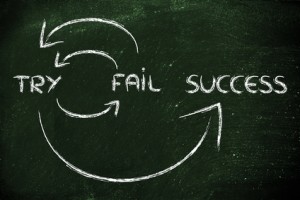 In Viscount Hood v HMRC TC/2014/04688 the First Tier Tax Tribunal (“FTT”) found that the reversionary lease scheme entered into by Viscount Hood failed because the reversionary lease included a reservation of benefit and so was included within her estate. The opposite conclusion had been reached in Buzzoni v HMRC [2014] 1 WLR 3040 (“Buzzoni”). So what has gone wrong?

In Buzzoni a similar scheme was challenged by HMRC. Their assertion was that the grant of the sub-lease included positive covenants in favour of the donor with the effect that the gift was not enjoyed to the entire exclusion, or virtually to the entire exclusion, of the donor “and of any benefit to him by contract or otherwise” (FA 86 s102(1)(b)) and so was a reservation of benefit. The effect would be that the sub-lease was taxed as if it were within the donor’s estate. HMRC’s challenge in Buzzoni failed.

However, in the Court of Appeal Moses LJ had stated – in pretty categoric terms – that the granting of positive covenants by the sub-lessees was something capable of amounting to a reservation of benefit. What saved the tax payer in Buzzoni was that in that case this benefit of the donor was irrelevant to the donee’s enjoyment of the property because immediately prior to the grant of the sub-lease the sub-lessee had entered into covenants with the head landlord in identical terms to those in the sub-lease. Thus, the donee’s benefit (of the positive covenants) did not affect the donor’s enjoyment of the property because that enjoyment was already affected by the covenants given to the head landlord.

This get-out was not available to the tax payer in the Hood case because there were no similar covenants with the head landlord. The case therefore raised the pure question of whether such positive covenants (which are the norm in any conventional leasehold conveyance) mean that the sub-lease is not enjoyed to the exclusion of the donor. The FTT decided, despite arguments to the contrary, to follow the logic of Moses LJ and therefore decided that they do have the effect. The consequence was that the scheme failed.

This can be seen as round 2 going to HMRC. It is, though, doubtful that this is the end of the case. In Buzzoni the two other Court of Appeal Judges expressly stated that they did not need to – and so did not – make any decision regarding the effect of the positive covenants. That issue therefore remains open at Court of Appeal level, as it is also in the Supreme Court. 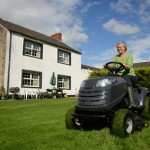 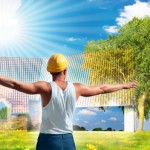 Developing the big gardenTax
This website uses cookies for functionality and to help us to improve the experience of the website. By continuing to use this website, you accept their use or you can also change your personal settings.