When is enough, enough? 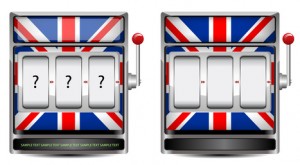 In a strike out application concerning a claim under the Inheritance (Provision for Family and Dependants) Act 1975 (1975 Act) the test under CPR Part 3.4(2)(a) applies because it is the Civil Procedure Rules (and in particular Part 57) which govern such a claim. This is so whether the claim is proceeding in the Family Division or in the Chancery Division. The consequences are not invariably happy (e.g. Briggs J (as he then was) would clearly have favoured the presumption of “no order as to costs” in the family procedure rules over  the relatively draconian regime of CPR Part 36 when dealing with a widow’s claim in Lilleyman v Lilleyman [2012] EWHC 821).

Thus it is perhaps surprising that in considering such a strike out in Dellal v Dellal & Ors [2015] EWHC 907 Mostyn J looked to Lord Wilson’s judgment in  Wyatt v Vince [2015] UKSC 14 which considered the comparable provision relatively recently inserted into the Family Proceedings Rules [FPR Rule 4.4(1)]. Wyatt, was the broadly (mis)reported case concerning a claim for financial provision by former wife of a wind-farm magnate (and former “new age traveller”) 27 years after their separation. The Supreme Court had held that whatever the challenges the wife would face in pursuing that case it must proceed to be considered on its merits.

The Claimant in Dellal was the Widow of a property developer described by Mostyn J as “legendary” and worth, according to the Sunday Times Rich List, between £445m and £480m in the years 2008-12 although Mostyn J was mindful “how wildly inaccurate” such lists can be. The deceased’s estate was left to his widow but comprised, at death, “only” £15.4m. The substance of her claim was thus pursuant to section 10 of the 1975 Act and sought orders for repayment to the estate of sums disposed of in the preceding 6 years (a statutory limit on the ambit of s.10). The Defendants were the deceased’s children of previous relationships, his sister and one of his grandchildren.

The Judge summarised the burden on the Claimant as against each Defendant under section 10 (I paraphrase):

The Defendants sought to strike out the claim and applied for summary judgment in the alternative.

By analogy to FRP Rule 4.4 the Judge held that CPR Rule 3.4 was there to deal with cases which were not “legally recognisable” (in the case of a financial remedy application examples would be an application by a person who had remarried or who had had an identical application dismissed). Claims with little merit or scant prospects of success are the meat of CPR Part 24 and should be dealt with by way of summary judgment (the FPR has no equivalent provision).

The summary judgment test is the familiar one: “a realistic as opposed to fanciful prospect of success: Swain v Hillman [2001] 1 All ER 91” albeit the test must be by reference not to the evidence available at the date of the application but to the evidence “which can reasonably be expected to be available at trial: Royal Brompton NHS Trust v Hammond (No 5) [2001] EWCA Civ 550”. If a fuller investigation might add to or alter the evidence then that is a ground for allowing the matter to proceed.

It was argued on behalf of all Defendants that the claim should be struck out or summarily dismissed because:

While acknowledging a strong prima facie case that the deceased had access to “very considerable resources” the Judge held that the evidence of relevant dispositions was “weak” and “almost entirely inferential”. Nonetheless the current litigation climate allows for pre-action disclosure where “an applicant can put up a prima facie case which is more than a speculative punt” and it would be odd that a Claimant should be in a worse position for having issued a claim than they would be pre-issue. What this Claimant had done was to advance her case in “a laconic or protean way in anticipation of particularisation after disclosure” that was not an abuse. Nor was it an abuse for her to have issued proceedings against one of the Defendants in Switzerland on an inconsistent basis.

As to the Claimant’s own wealth the Judge concluded: “…although it seems improbable that she would be awarded more having regard to what she has (or had), I cannot say her claim is hopeless”.

The Application was thus refused at that time but adjourned with liberty to restore following disclosure. 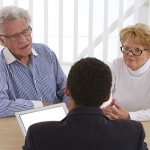 8 tips on how to get more from your client conversationsComment 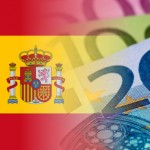 Spanish Succession Tax UpdateComment
This website uses cookies for functionality and to help us to improve the experience of the website. By continuing to use this website, you accept their use or you can also change your personal settings.