Is a scrip dividend income or capital for RPT tax purposes?

The Trustees of a discretionary trust argued that a scrip dividend received by them over nine years before they made a distribution out of the trust, was to be treated by them as income. It had not been accumulated by the time of the distribution so should not be taken into account when calculating the exit charge. In contrast, HMRC treated the scrip dividend as capital, resulting in an exit charge of £54,640.43. The First Tier Tax Tribunal (FTT) agreed with HMRC.

On 5 March 1999 Mrs M Seddon created a trust known as the ‘Mrs M Seddon Second Discretionary Settlement’ (‘the Trust’) and transferred five £1 ordinary shares in Seddon Seedfeeds Ltd to it. These shares were valued at the time of transfer at £200,000. The trustees appointed were Meena Seddon, Wayne Seddon and Debra Seddon (‘the Trustees’).

HMRC did not share this view and treated the scrip dividend as capital in the Trustees’ hands, meaning it would be taken into account when calculating the exit charge. The tax rate was therefore 4.817%, resulting in IHT of £54,640.43 being due. HMRC sent Notices of Determination to this effect to the Trustees on 19 November 2012. The Trustees appealed these notices.

There were three issues to be decided at the FTT:

There are conflicting decisions by the High Court and Upper Tribunal on the question of the correct treatment of the scrip dividends. In Pierce v Wood [2009] EWHC 3225 the High Court held that scrip dividend shares are income for trust law purposes. The Trustees relied on this decision.

Contrasting with this, in Gilchrist v HMRC [2014] UKUT 169 the Upper Tribunal held that scrip dividend shares are capital and HMRC relied on this decision.

…(3) The rate at which tax is charged under this section shall be the rate applicable under section 68 or 69 below.

S.68 IHTA 84 applies where there is an exit before the first ten year anniversary:

(1) The rate at which tax is charged under section 65 above on an occasion preceding the first ten-year anniversary after the settlement’s commencement shall be the appropriate fraction of the effective rate at which tax would be charged on the value transferred by a chargeable transfer of the description specified in subsection (4) below (but subject to subsection (6) below).

….(4) The chargeable transfer postulated in subsection (1) above is one—

(a) the value transferred by which is equal to an amount determined in accordance with subsection (5) below;

(c) the value, immediately after it became comprised in the settlement, of any property which became so comprised after the settlement commenced and before the occasion of the charge under section 65 (whether or not it has remained so comprised).

This statement sets out the Board’s practice concerning the IHT/CTT treatment of income of discretionary trusts.

The Board takes the view that –

– undistributed and unaccumulated income should not be treated as a taxable trust asset; and

– for the purpose of determining the rate of charge on accumulated income, the income should be treated as becoming a taxable asset of the trust on the date when the accumulation is made.

This practice applies from 10 November 1986 to all new cases and to existing cases where the tax liability has not been settled.

They found that in looking at the conflicting Pierce and Gilchrist cases, they should not scrutinise either case, but should follow the later of two first instance authorities where the later authority had fully considered earlier authorities. In Gilchrist the Upper Tribunal had considered earlier cases, as well as Pierce on the question of whether the scrip dividend was income or capital. It had also carried out a detailed review of the law on whether the High Court binds the Upper Tribunal and found that it did not.

Cannan J and Mr Wilson held that they were bound by the Upper Tribunal decision and the scrip dividend and its proceeds were therefore capital in the hands of the Trustees.

Here the question was whether the scrip dividend is property which became comprised in the settlement after its commencement for the purposes of s.68(5)(c). The FTT accepted that the scrip dividend shares came to be held by the Trustees without a chargeable transfer being made. No one had made a disposition and reduced the value of their estate. However, s.68(5)(c) should not be limited to property becoming comprised in a settlement by way of a chargeable transfer. Property could be added by way of an exempt transfer, such as within the settlor’s annual exemption, and this property should be included within s.68(5)(c).

We find that the value of the scrip dividend when it was received by the Trustees is property comprised in the settlement for the purposes of section 68(5)(c).”

In light of their decision regarding the first and second questions, it was not necessary for the FTT to consider this question. They did however, go on to comment that there was no evidence before the FTT from the Trustees on whether the dividend had been accumulated. In the absence of such evidence the FTT could not be satisfied that the scrip dividend remained part of the income of the settlement at the date of the distribution.

For all the above reasons the FTT therefore confirmed HMRC’s Determination Notice and dismissed the Trustees’ appeal. 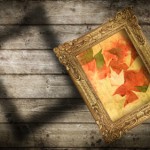 BPR on furnished holiday letsTax
This website uses cookies for functionality and to help us to improve the experience of the website. By continuing to use this website, you accept their use or you can also change your personal settings.