Do the executors always pay the penalty for non-disclosure on the IHT return?

It will be of comfort to practitioners to know that although the executors didn’t disclose a substantial gift by a father to his son in the IHT return, the penalty was charged on the son personally as he had failed to tell the executors about this gift after they had made reasonable enquiries.

This was the first time, according to HMRC, that there had been a case on paragraph 1A of the Finance Act 2007 which gives HMRC power to raise a penalty on a third party who provided inaccurate information or withheld information, rather than the advisers or executors who submitted the inaccurate document.

HMRC were clear that the executors had acted properly and made all reasonable enquiries of financial institutions. Clear guidance was given by the FTT on why the omission was not the executors’ fault and is useful in showing the lengths executors are expected to go to in discovering all assets and gifts of the deceased.

During his lifetime Robert Hutchings had had a Swiss bank account, which he had not disclosed to HMRC. In March 2009 Robert instructed the Swiss bank to transfer the balance of his account, some £443,669, to his son Clayton’s account with the same bank. Clayton did not declare any interest on it in his UK tax returns and HMRC were initially unaware of it.

Robert died on 14 October 2009 leaving a Will dated 15 April 2009 which appointed a solicitor and land agent as his executors. Under this 2009 Will he left a legacy to each of his daughter Elizabeth and son Jeremy, with residue to his son Clayton, but nothing to his remaining sons Hugh and Shaun. Unsurprisingly, Hugh and Shaun contested the Will.

On 19 November 2009, as part of administering the estate, Mr Brookes, the solicitor acting for the executors (the solicitor executor having retired), wrote to various family members, including Clayton, asking if they were aware of any gifts Robert had made. Only Elizabeth replied to this letter, stating she was not aware of any gifts. When the executors submitted the IHT400 it made no mention of Robert’s gift of the Swiss bank account balance to Clayton 7 months before his death.

The executors raised the issue of the Swiss bank account with Clayton, who admitted its existence and the gift details via his solicitor. In September 2011, they therefore wrote to HMRC informing them of the gift of the Swiss bank account to Clayton. They said they had made enquiries of the family before submitting the IHT400 and had been “seriously misled about this gift.”

Having looked through Mr Brookes’ probate file, in September 2012 HMRC issued a Notice of Penalty Assessment against Clayton under para 1A Finance Act 2007 for £113,793.94, 65% of this potential lost revenue. HMRC were satisfied that the executors had acted properly and in particular, had made reasonable enquiries of financial institutions. They were also satisfied that the executors had had no knowledge of the Swiss bank account and so they were not charged a penalty under para 1 Finance Act 2007.

Clayton asked for this penalty to be reviewed. On 18 December 2012 HMRC upheld the penalty being charged against Clayton, but reduced it to £87,533.80, 50% of the potential lost revenue. Clayton appealed against the review decision to the first-tier tax tribunal (FTT).

Clayton claimed that the executors hadn’t made the information they needed about gifts clear to him. Mr Brookes contended that as well as his 19 November 2009 letter, he had discussed the issue of gifts at his meeting with the family on 20 October 2009 too, making the necessary level of information clear. At the hearing Clayton claimed that the reason he’d failed to inform the executors of the account was because he’d forgotten about it. He’d previously told his accountant and the solicitor acting for him in the Will dispute a mixture of not knowing if it was his or his father’s, all the family knew about it, thinking it was his father’s still, thinking he held it for all the family and thinking it didn’t need to be declared as it was offshore and therefore non-taxable.

(a) P gives HMRC a document of a kind listed in the table below; and

(b) conditions 1 and 2 are satisfied.

(2) Condition 1 is that the document contains an inaccuracy which amounts to, or

(a) an understatement of a liability to tax;

Error in taxpayer’s document attributable to another person

(a) another person (P) gives HMRC a document of a kind listed in the table in paragraph 1,

(b) the document contains a relevant inaccuracy, and

(2) A ‘relevant inaccuracy’ is an inaccuracy which amounts to, or

(a) an understatement of a liability to tax,

(b) a false or inflated statement of a loss, or

(c) a false or inflated claim to repayment of tax.

IHT returns are within the documents listed in the table referred to above.

Ms Mosedale and Mrs Gable, as the FTT judges hearing the case, found that the omission of the gift from the IHT400 was not the executors’ fault.

Mr Brookes had raised the issue of gifts at the family meeting on 20 October 2009 despite Clayton’s denial of this. The FTT also found that Mr Brookes’ 19 November 2009 letter was very clear about the need to disclose any gifts [emphasis added]. It made no reference to cash or bank accounts specifically, but was clear in asking for details of any gift over £250 in the seven years prior to Robert’s death. It could not reasonably be read, as per Clayton’s suggestion, as only asking for disclosure of birthday gifts worth under £250. Nor was it justified to criticise the executors for failing to chase the family up who hadn’t replied to this letter.

The FTT did not accept Clayton’s criticism of the executors for failing to search his father’s house and find any paperwork for the Swiss bank account. In actual fact Clayton had moved into his father’s home and should have found any paperwork himself. In any event, the account was paperless so there wouldn’t have been any paperwork to find. In normal circumstances executors aren’t “expected to search a house for every document but are entitled to rely on information provided by the deceased’s family and advisers.” Where family and advisers were available to provide information it would only be reasonable for executors to search the house if there were “specific indications that something was hidden.”

Altogether, the FTT doubted Clayton’s honesty, finding him to have lied. His evidence was unreliable and there was evidence that he would not have admitted the existence of the account and disclosed it without HMRC’s challenge about it. The reason for hiding it was to avoid paying any tax on it.

As para 1A applies where a person (P) ‘deliberately’ withheld information, the FTT stated that HMRC had to prove P to have such a subjective state of mind. HMRC would need to show evidence to support their contention, especially as deliberately supplying false information or deliberately withholding information in para 1A is very close to an accusation of dishonesty. The standard of proof is the balance of probabilities.

The FTT stated that HMRC had to prove that:

The FTT held that HMRC had shown that the prerequisites for a para 1A penalty had been met:

Clayton had argued about the quantum of the penalty, but the FTT upheld it at £87,533.80, being 50% of the potential lost revenue. This was the minimum possible percentage for a prompted disclosure. The FTT did not accept that Clayton’s disclosure was unprompted, having argued for a reduction to the permitted 30% for an unprompted disclosure. Nor were there any special circumstances to allow a reduction to less than 50%. Clayton’s appeal was dismissed and the penalty upheld. 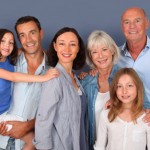 Showing resolved intentFinance & Investments, Tax
This website uses cookies for functionality and to help us to improve the experience of the website. By continuing to use this website, you accept their use or you can also change your personal settings.