The impact of the EU Succession Regulation (n. 650/2012) on British nationals who have settled in Italy 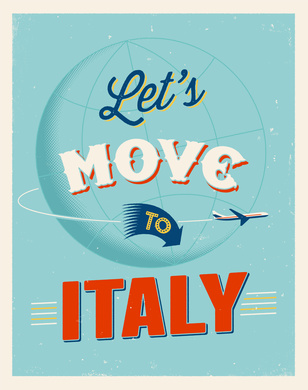 For centuries Italy has been a popular expats destination for British nationals, many of whom have summer homes there. But Italy is also home to a large number of British people who, attracted by its rich cultural heritage, beauty and lifestyle have made Italy their permanent home.

Owning a property in Italy and living there might have relevant consequences on applicable law to succession and the new conflict law rules should be taken into consideration.

On 17 August 2015, the SR became wholly applicable among all EU members States bound by the SR.

The SR has changed the Italian connecting factor that determines the law applicable to succession being now the “habitual residence” instead of the “nationality” of the deceased (stated under Law No. 218/1995).

Therefore, the connecting factor of the Habitual Residence of the deceased at the time of death (“HR”) is the default rule, under the SR, to determine the law applicable to the entire succession. In other words, the law applicable shall govern all questions related to the succession from the start of the succession to the transfer of ownership of the assets forming part of the estate to the beneficiaries, including the administration of the estate. Furthermore, the same law shall govern the succession of all assets forming the estate despite their nature (movables or real estate) and their location.

Under article 21.1 of the SR, the law of the State in which the deceased was habitually resident at the time of death might also be the law of a ‘third state’ (so called erga omnes or universal application). If the law determined under article 21.1 is the law of a state bound by the Succession Regulation, the existence of a uniform connecting factor shall avoid any conflict of laws.

To be or not to be a “member State”

As a result of an intensive discussion, the UK and Ireland has exercised their right not to opt-in (i.e. did not adopt the SR), but, whether UK is to be considered as a “Member State” or a “Third State” under the SR is a question still not solved. The SR does not contain a definition of “Member State” (unlike other European instruments and the SR proposal of 2009). In this respect, Recital No. 82 of the SR does not help in clarifying this issue as it indicates that the UK and Ireland are “member states”, despite these states ‘not taking part in the adoption of this Regulation and not {being} bound by it or subject to its application’. Until this problem of interpretation is solved (by the European Court of Justice) we tend to agree with those who include in the definition of Member State under the SR only the EU Member States who are bound by the SR.

Therefore, the UK shall be considered as a“Third State” and shall apply its own conflict law rules based on two different connecting factors related to the nature of the assets (real estate or movables). The succession of movables is governed by the law of “domicile”, the succession of real estate is governed by the “lex situs” (or lex rei sitate ) or the law of the location in which it is situated.

Two possible scenarios can be envisaged:

The application of not uniform connecting factors might lead to conflict of laws. A possible way to reduce uncertainty is to advise clients to make a choice of law when possible.

Under both scenarios the British national might wish to avoid the application of Italian law to their succession.

The choice of law can be made expressly in a declaration in the form of a DoPuD or can be implied (i.e. demonstrated by the terms of such a disposition).

It is worth mentioning that in the case of a choice of law made in a DoPuD all states bound by the Succession Regulation shall apply only the substantial applicable law (i.e. PIL rules are excluded) and no renvoi shall be admissible.

Now, the question to be solved is: would the third state (whose law has been chosen. e.g. UK) respect such a choice or would it apply any possible renvoi to another law provided by its PIL rules? An answer to this question should be given on a case-by-case basis, depending on the law chosen. In our opinion conflict of laws cannot be avoided in principle.

The choice of law (i.e. the professio iuris) has not been possible under UK PIL until now unless for the limited purposes of construction of the Will.

Shall the SR trigger any change in UK PIL allowing British citizens to choose their national law even in cases in which the UK PIL would lead to the application of other laws (e.g. the law of the place where the real property in located )?

One or two Wills?

Once it is possible, under SR, to choose the English /Scottish Law as governing the succession is it still advisable to make separate Wills or it is preferable to make only one Will related also to the property located in Italy?

Maria Grazia Antoci, TEP, is a lawyer in Florence so too is Daniele Muritano, TEP who is a notary in Empoli (Florence) where he is currently employed. They both help clients with interests worldwide to be compliant with the laws of different countries. They have been assisting members of the British Community, living or having interests in Italy, in cross-border legal matters. Between them their areas of expertise cover estate planning and Wills, administration of estates in complex cross-border successions, protection of vulnerable adults and defense of human rights, intellectual property law, real estate and company law. Maria was appointed honorary secretary for Tuscany of the British Chamber of Commerce for Italy and Daniele participates in the EU Project “Towards the Entry into Force of the Succession Regulation: Building Future Uniformity upon Past Divergencies” Suxreg Contact Daniele: danielemuritano@gmail.com
Recommended Posts
Categories 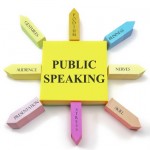 How to speak confidently in publicComment
This website uses cookies for functionality and to help us to improve the experience of the website. By continuing to use this website, you accept their use or you can also change your personal settings.