Co-Ownership of Family Homes: One person’s inference will be another person’s imputation 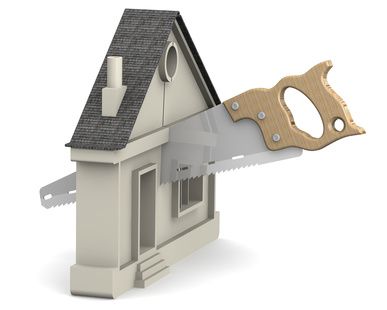 The recent Court of Appeal case of Barnes v Phillips [2015] EWCA Civ 1056 is a helpful reminder to practitioners of the two-stage approach to construing common intention constructive trusts of the family home. The judgment of Lloyd Jones LJ re-states the principle that it is only permissible for the court to determine the parties’ respective shares by imputation where the court has first found an express or inferred agreement between the parties to vary the initial agreement. However, as the appeal itself shows, it can be very difficult in practice to differentiate between inference and imputation. As Lord Collins of Mapesbury observed in Jones v Kernott  [2012] 1 AC 776 one person’s inference will be another person’s imputation.

Mr Barnes and Ms Phillips began a relationship in 1983 and started living together in 1989. They never married but they had two children together, a daughter born in 1993 and another daughter born in 2000.

In January 1996 they bought a property together for £135,000, of which they paid £25,000 out of their savings and the balance was paid using a joint mortgage with HSBC. The property was registered in both their names and held as joint tenants (although there was no express declaration of trust).

By 2005 Mr Barnes was in financial difficulties. His business, which consisted of renting out 3 properties he solely owned, was struggling with debt. He persuaded Ms Phillips to remortgage the family home. £79,000 of the loan was used to pay off HSBC and Mr Barnes used the remaining £66,000 supposedly to pay off his business debts, although he did not in fact pay all of them.

By June 2005, only a month later, the relationship had broken down and Mr Barnes moved out of the family home, into one of his other properties. At first he continued to contribute to the mortgage, however from January 2008 Ms Phillips had sole responsibility for paying all the mortgage instalments. Mr Barnes had also agreed to make child support payments, although he never in fact paid these on a regular basis. Ms Phillips therefore had financial responsibility for the children, as well as being left to pay the mortgage and upkeep on the property.

Findings in the County Court

Ms Phillips commenced proceedings against Mr Barnes for a declaration under s14 TLATA. On 13 February 2014 HHJ Madge in Central London County Court declared that the parties held the property beneficially as tenants in common with Ms Phillips having an 85% interest and Mr Barnes having 15%.

Although the judge found that on the purchase of the property they were joint tenants and there had never been a specific agreement to vary the shares, he concluded that as Mr Barnes received the sole benefit of the remortgage Ms Phillips’ share increased to 75%. The judge then looked at the position from 2005 onwards and found that a further adjustment was required owing to Ms Phillips contributions to the mortgage, work to the property and financial maintenance of the children.

Judgment of the Court of Appeal

The Court of Appeal in respect of each of these grounds found that:

This case is a useful reminder of the two-stage approach to assessing common intention constructive trusts set out in Stack v Dowden and Jones v Kernott. It is first necessary for the court to find evidence of the common intention to vary the shares, being either an actual agreement or conduct from which an intention can be inferred. Once that common intention has been found it is then permissible for the court to impute intention as to the shares of each party, where it is not possible to ascertain by direct evidence or inference what they actually intended. The guiding principle for imputation is what the court considers fair having regard to the whole court of dealing between the parties in relation to the property (Oxley v Hiscock [2005] Fam 11). This can include very broad considerations indeed, extending even to child support payments.

However, the appeal also shows the difficulties that can arise when considering the difference between inference and imputation and in separating out the two stage approach. Noticeably the court inferred that there was an intention to vary the shares in June 2005 after the remortgage. At that time it was only willing to impute shares of 75:25. However once Ms Phillips had taken sole responsibility for the mortgage in 2008 the shares were imputed to be 85:15.  The court did not consider whether there was a further intention to vary the interests in 2008 and seemed to rely upon the common intention found in 2005 to justify the later change. If this is indeed correct then it may be open for the court to impute a re-division of shares in the property based upon a common intention that was formed by the parties many years previously. This can start to look very similar to an equitable account.

Finally it is worth noting that despite Lady Hale’s comments in Stack v Dowden that it will be very unusual for joint legal owners to intend their beneficial interests to be different there is nothing particularly unusual about the facts of this case. Remortgaging the family home to assist a partner’s business and the financial strain causing a breakdown of the relationship are circumstances familiar to private client practitioners. Practitioners therefore will need to be alert to the possibility of a subsequent variation of the shares in the family home, even where the parties concede that they initially held the property as joint tenants.

Bryony Robinson
© Bryony Robinson - Ten Old Square
Bryony Robinson was called to the Bar in 2013 and became a member of Ten Old Square in October 2015 following successful completion of her pupillage. She has experience across all areas of Chambers’ work, including probate and trust disputes, partnership matters and property. Bryony now appears in the County Court and High Court in her own right. Prior to commencing pupillage Bryony was the Judicial Assistant to Lord Justice Longmore in the Court of Appeal. This has given her a valuable understanding of the appellate process and knowledge of commercial litigation. E: clerks@tenoldsquare.com Web: Ten Old Square
Recommended Posts
Categories 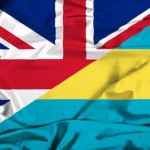 Can the Data Protection Act 1998 be used to gain disclosure of trust documents?Trusts

Is a scrip dividend income or capital for RPT tax purposes?Tax, Trusts
This website uses cookies for functionality and to help us to improve the experience of the website. By continuing to use this website, you accept their use or you can also change your personal settings.