The Estate of the late Dr Olive Scott (‘Olive’) was the subject matter of a recent decision at the First Tier Tax Tribunal (the FTT). The FTT had to consider whether two sets of paintings, which were gifted by Olive and her late husband Professor James Scott (‘James’) and by Dr Janet Steel (‘Janet’) to James and  Olive’s two sons and Janet’s  great- nephews, Malcolm Scott (‘Malcolm’) and Alistair Scott (‘Alistair’), were effective for Inheritance Tax (IHT) purposes. It also considered in detail the requirements of delivery to effect a gift for IHT. 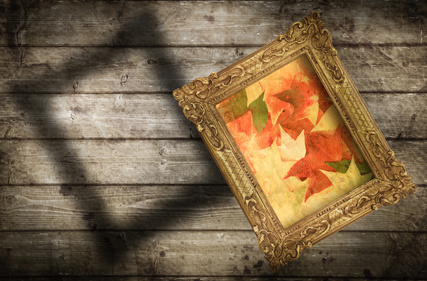 Following advice from their solicitor, who was a close personal friend, the Atkinson Grimshaw paintings were removed from the walls of the family home, where they hung originally, and then handed to Malcolm on an individual basis, who directed the paintings to be re-hung. The paintings were rehung in the family home as Malcolm and Alistair did not have a permanent address elsewhere. The only accommodation they had during that period was temporary and did not have adequate security for valuable paintings. They regarded the family home as their home too after the gifts had been made.

The other set of paintings (‘Janet’s paintings’) were from Janet’s estate and had been gifted to Malcolm and Alistair by their great aunt. The paintings had been delivered at Janet’s home in St Andrews to their father James in 1986 on their behalf. Janet’s paintings remained in her house until she moved into residential care permanently in 1991. Janet’s paintings were then moved to James and Olive’s house. Over time some of these paintings were removed from the family home due to a dispute over how they should be divided.

Olive died on the 4th March 2007 and Malcolm and Alistair were appointed as her Executors and disagreed about the IHT treatment of both sets of paintings. They disputed whether there had been an effective gift of the Atkinson Grimshaw paintings in 1985 by Olive and James to Malcolm and Alistair and secondly whether there was an effective gift of Janet’s paintings to them. Alistair contended that as the division of the paintings had not been agreed, some of them remained in Olive’s estate at the time of her death and the paintings removed from the family home in 2003 would constitute failed Potentially Exempt Transfers (PETS) and should accordingly be subject to IHT.

Alistair contended that Janet’s paintings had never been taken by them and passed into Olive’s estate when James died earlier. Malcolm did not agree and argued that Olive and James had been holding the paintings on Malcolm and Alistair’s behalf. The Atkinson Grimshaw paintings were physically delivered to them and James acted on their behalf in ‘appropriating and storing’ Janet’s paintings. Malcolm and Alistair submitted separate IHT 400 accounts to HMRC.

HMRC agreed with Alistair’s view and when Alistair died HMRC issued an Inheritance Tax Notice of Determination taking into account both sets of paintings.

The FTT had to decide whether the gift of the two sets of paintings were effective for IHT purposes.

To effect a gift there has to be intention (in the absence of a Deed of Gift) and delivery. Following the decision in Re Cole [1963] 3 ACR 433 delivery involves physical transfer, essentially putting the Donee in control of the property.

The FTT confirmed that after considering the law and the facts, that a physical hand-over of each painting had taken place and was consistent with a letter from Olive at that time. The paintings were then held by Olive and James on behalf of Malcolm and Alistair. It accepted Malcolm’s argument that the family home had been Malcolm and Alistair’s permanent address for a number of years and that the brothers’ accommodation thereafter had been too insecure to hold such valuable objects and limited in size. Accordingly, it was impractical to remove the paintings from the family home.

On the issue of Janet’s paintings the FTT found that in 1991 when Janet entered residential care and left her own home the paintings were delivered to James on behalf of Malcolm and Alistair as a joint gift to them.

On these grounds the FTT found that HMRC’s determination was flawed and allowed the Appeal. 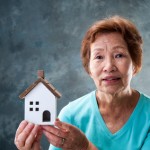 Is a scrip dividend income or capital for RPT tax purposes?Tax, Trusts
This website uses cookies for functionality and to help us to improve the experience of the website. By continuing to use this website, you accept their use or you can also change your personal settings.