When an adult child won’t succeed in an IPFD claim

In this claim by an adult child, the judge cited with approval from Ilott v Mitson and gave useful guidance on what an adult child will need to show for a successful Inheritance (Provision for Family & Dependants) Act 1975 (IPFD 1975) claim. However, here the conduct of the adult child towards her mother so heavily outweighed all the factors in her favour, such as her lack of earning capacity and very poor health, that her claim was unsuccessful. Her conduct included refusing to return money to her mother, disowning her mother by letter and having no contact with her for the nine years before her death.

Mary Waters died on 29 Dec 2010 with a net estate of £138,701. Her Will dated 27 Jan 2009 appointed her son David and David’s wife, Susan, as her executors. David and Susan’s four children were each left a legacy of £5,000, with further legacies totalling £7,000 to Mary’s sister-in-law and a niece. David and Susan shared the residue and there was no provision for Mary’s oldest child, Patricia or Patricia’s child or two grandchildren.

In an explanatory letter to accompany the Will Mary gave three reasons for not leaving anything to Patricia:

Patricia claimed against the estate in two ways:

a)  The first claim was for proprietary estoppel following promises made by Harold, Patricia’s father, in the 1960s – 1980s following her working in the two shops owned by Harold and Mary and a promise her mother made her just after Harold died in June 1986.

b) Patricia’s second claim was under IPFD 1975 on the ground that as she has financial needs and medical problems, the Will failed to make reasonable provision for her maintenance. The executors opposed both claims.

The facts were extensively disputed, but HHJ Behrens found that Patricia and her daughter had a very different view of Mary than David and his family had.

Patricia had worked for no wages in her parents’ sweet shop and general store in Preston from the time it was bought in 1968, to a greater or lesser degree depending on whether Patricia or David was giving evidence, until another shop was bought by her parents in 1975. Patricia ran this second shop until 1978 when it was sold, but again, whether she was paid anything for this, was disputed. Patricia claimed that her father had told her that the remaining shop would be hers and that she was subsequently working there for free “for her inheritance”. The shop was sold in 1986, following Harold’s death.

Shortly after Harold’s death, Patricia claimed that her mother wanted to sell the villa in Spain which Harold and Mary owned and at Mary’s request she agreed to transfer her (claimed) entitlement to one third of this to Mary as Mary needed the money. There were no documents available at trial concerning the villa. Patricia claimed that Mary told her she would be leaving her half her estate following this transfer.

When the £34,739 purchase monies were sent in 1997 or 1998 to England from Spain, Mary transferred £10,000 to each of Patricia and David. David argued that these monies were not gifts but were to be used to make investments on Mary’s behalf, with Mary receiving any income from them. Patricia claimed the money was a gift, but handwritten notes of Mary’s from 2001 and other documentary evidence showed that Mary had always regarded the money as her own and had not viewed it as a gift to Patricia.

While Patricia had moved to live in Wales, both Mary and David continued to live in Preston. Following a falling out over a planned Christmas visit in 2000, Mary was not invited to, nor told about, the wedding in 2001 of her granddaughter Victoria, Patricia’s daughter, who she had looked after extensively when Victoria was younger. In Oct 2001, shortly after her second husband’s stroke, Patricia wrote to Mary saying she did not want to have anything further to do with her as Mary only cared about David and his family. She disowned her as a mother and wished her dead. Other than a short phone conversation, there was then no contact between Patricia and Mary over the following nine years.

In Sept 2010 Mary was diagnosed with terminal cancer and initially did not want Patricia to be told. After being told, Patricia made no attempt to contact her mother and did not attend her funeral in Jan 2011.

So far as relevant, the 1975 Act (as amended) provides as follows:

that person may apply to the court for an order under section 2 of this Act on the ground that the disposition of the deceased’s estate effected by his will or the law relating to intestacy, or the combination of his will and that law, is not such as to make reasonable financial provision for the applicant.

(1A) This sub-section applies to a person if the deceased died on or after 1 January 1996 and, during the whole of the period of two years ending immediately before the date when the deceased died, the person was living –

Section 3 sets out factors which the court is to have regard to in considering an award:

‘(1) Where an application is made for an order under section 2 of this Act, the court shall, in determining whether the disposition of the deceased’s estate effected by his will or the law relating to intestacy, or the combination of his will and that law, is such as to make reasonable financial provision for the applicant and, if the court considers that reasonable financial provision has not been made, in determining whether and in what manner it shall exercise its powers under that section, have regard to the following matters, that is to say—

(a) the financial resources and financial needs which the applicant has or is likely to have in the foreseeable future;

(b) the financial resources and financial needs which any other applicant for an order under section 2 of this Act has or is likely to have in the foreseeable future;

(c) the financial resources and financial needs which any beneficiary of the estate of the deceased has or is likely to have in the foreseeable future;

(d) any obligations and responsibilities which the deceased had towards any applicant for an order under the said section 2 or towards any beneficiary of the estate of the deceased;

(e) the size and nature of the net estate of the deceased;

(f) any physical or mental disability of any applicant for an order under the said section 2 or any beneficiary of the estate of the deceased;

(g) any other matter, including the conduct of the applicant or any other person, which in the circumstances of the case the court may consider relevant.’

HHJ Behrens stated that the authorities have established a two or three stage test:

When looking at what is reasonable financial provision, as the claim here was by an adult child, this is defined by reference to maintenance. HHJ Behrens referred to Ilott v Mitson [2011] EWCA 346 which cited with approval from Espinosa v Bourke [1999] 1 FLR 747 that “the word ‘maintenance’ connotes only payments which, directly or indirectly, enable the applicant in the future to discharge the cost of his daily living at whatever standard of living is appropriate to him. The provision that is to be made is to meet recurring expenses, being expenses of living of an income nature.” The provision can be by way of a lump sum and does not need to be income payments.

HHJ Behrens said that he took two matters from Ilott:

HHJ Behrens did not find Patricia to be a reliable witness. Due to the extensive documentary evidence available, he found that the £10,000 sent by Mary to Patricia was not a gift, but was to be invested by her on her mother’s behalf. This cast doubt on how much credibility he could give to any of her evidence. In contrast, he found David to be honest, although he clearly felt animosity towards his sister and so may have downplayed the amount of time Patricia worked in the shop.

Patricia was unsuccessful in both her proprietary estoppel claims. Although he found that Patricia had worked in the first shop without pay, this did not give rise to proprietary estoppel. Patricia had worked in there as a quid pro quo while receiving free board and lodging, help from her parents in looking after her daughter Victoria and help with her business. She had not therefore worked ‘in reliance’ on the promise that it would be hers. HHJ Behrens felt unable to make any finding about her work at the second shop as there was no evidence about the financial arrangements, but he doubted she would have worked there without pay.

HHJ Behrens was not satisfied that Patricia ever had, or thought she had, any interest in the Spanish villa, nor that she acted in reliance to her detriment on any statement that Mary would leave her half her estate.

When looking at the IPFD 1975 claim and the s.3 matters, HHJ Behrens noted Patricia’s limited financial resources being heavily reliant on state benefits, her very poor health, the fact that she had worked in the first shop and that no other beneficiary showed a need for Mary’s bounty.

In balancing all those factors in her favour HHJ Behrens then looked at Patricia’s conduct. He noted her refusal to return Mary’s £10,000, was highly critical of the letter she wrote in October 2001 with its extreme language, the upset this letter caused Mary and Patricia’s failure to contact her mother again during a nine year period. He found that even if Mary had had any moral obligation from Patricia working for free in the first shop, Patricia’s conduct discharged this.

Perhaps not surprisingly, HHJ Behrens went on to find that it was objectively reasonable on the facts for Mary to make no provision for Patricia and her claim failed. “When I take into account all the s.3 factors my value judgment is that Patricia Wright’s conduct outweighs all of the factors in her favour.” 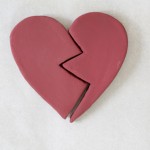 Cohabiting Divorcees: to bar or not to bar?Comment

Looking back at 2015 and looking forward to 2016Comment, Gill's Blog