Can the Data Protection Act 1998 be used to gain disclosure of trust documents?

Permission to appeal has now been granted in Dawson-Damer v Taylor Wessing LLP [2015] EWHC 2366 (Ch). It is a fascinating case and raises the prospect of the Data Protection Act 1998 (“the DPA”) being used to obtain disclosure of trust documents. 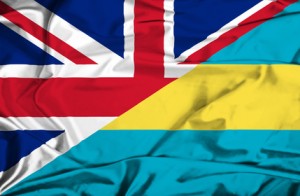 The trust funds were originally derived from the fortune of GS Yuill, an Australian gelling magnate who died in 1917. From 1973 the funds were held under a Bahamian settlement (“the 1973 Settlement”). The beneficiaries of the 1973 Settlement were the legitimate descendants (and their respective spouses) of GS Yuill’s grandson, Viscount Carlow. Viscount Carlow had two children, George and John. The beneficiaries included George’s wife, Davina, and therefore children and grandchildren and John’s second wife, Ashley but not their adopted children, Piers and Adelicia.

In December 2006 and March 2009 Grampian made appointments of substantial funds from the Glenfinnan Settlement to trustees to hold upon new discretionary trusts. The value of the funds appointed totalled approximately $402 million leaving only about $9 million in the Glenfinnan Settlement. The new discretionary trusts were primarily in favour of George’s children and their families.

No doubt Ashley would have been disappointed by the exercises of discretion.

Of course, one of the difficulties with beneficiaries (especially discretionary ones) challenging trustee decisions can be a lack of information and documents. Disclosure of trust documents is governed in England by Schmidt v Rosewood [2003] UKPC 26 as applied by Briggs J (as he then was) in Breakspear and Others v Ackland and Others [2008] EWHC 220 Ch. As readers will know the Privy Council held in Schmidt v Rosewood that although a beneficiary had no proprietary right to documents, they were entitled to seek disclosure and the court had an inherent jurisdiction to supervise any such disclosure.

The position in the Bahamas is somewhat different as a result of s. 83 Bahamas Trust Act 1998. This provides a very substantial limitation on disclosure of trust documents, particularly in relation to hostile proceedings. S.83(8) and (10) provide:

(8) “Notwithstanding anything to the contrary in this section, trustees shall not be bound or compelled by any process of discovery or inspection or under any equitable rule or principle to disclose or produce to any beneficiary or other person any of the following documents, that is to say –

(a) any memorandum or letter of wishes issued by the settlor …;

(b) any document disclosing any deliberations of the trustees as to the manner in which the trustees should exercise any discretion of theirs or disclosing the reasons for any particular exercise of any such discretion or the material upon which such reasons were or might have been based; or

(10) No such prohibition or restriction, and nothing in this section shall prejudice the validity of any trust or the entitlement of any beneficiaries who have in any manner become aware of any trusts to obtain orders from the Court for administration or accounts, or for the execution of the trusts or any other order of the Court not being an order for the discovery, inspection, disclosure or production of such documents as are described in subsection (8) …

Ashley and her children, Piers and Adelicia were provided with certain information about the appointments in 2013 and early 2014.

As a result of s. 83 Bahamas Trust Act 1998, seeking disclosure of trust documents from Grampian in the Bahamas would have been difficult to say the least. On February 2014 their solicitors, McDermott Will & Emery LLP sent a 15 page letter to Taylor Wessing challenging the validity of the 2006 and 2009 appointments and the 1992 restructuring. A detailed reply was sent to McDermott Will & Emery on 9 July 2014. The judgment describes the reply as “answering all the factual allegations”.

Less than a month later McDermott Will & Emery sent subject assess requests on behalf of Ashley, Piers and Adelicia to Taylor Wessing (as well as two other respondents who played no role in the claim) enclosing a cheque for £30. The requests asked for all data of which Ashley, Piers or Adelicia are the data subject and which were in Taylor Wessing’s possession custody or power. McDermott Will & Emery stated that they would reply to the 9 July 2014 letter on receipt of those documents.

It looks like the DPA was being invoked in an attempt to circumvent the very limited disclosure jurisdiction in the Bahamas. Although Grampian would be able to resist disclosure under Bahamian law, their English legal advisors were subject to the provisions of the DPA. If the DPA required Taylor Wessing to make disclosure to Ashley then she would be able to obtain documents in England that she may well be unable to obtain in the Bahamas. Cunning indeed.

On 20 March 2015 Ashley initiated proceedings in the Bahamas challenging the validity of the 2006 and 2009 appointments following Grampian having obtained a “put up or shut up” order. At the time of the hearing there was no statement of claim and it was not clear the basis upon which the appointments were challenged.

The applicants argued that the legal privilege exception should be construed narrowly and that it did not extend to the rules of equity in England and Wales under which trustees are not required to disclose trust documents to beneficiaries.

Behrens rejected the applicants’ argument and held that the documents sought fell into the exception. He also went on to consider the two further points: the purpose for which disclosure was sought and reasonableness and proportionality.

There was no direct evidence of the motives of the applicants in making the subject assess requests. Given that the requests were clearly in response to the letter of response to Ashley’s claims sent on 4 July 2014 (and ended explaining that Ashley’s response to that letter would follow after disclosure), it is unsurprising that HHJ Behrens (who had previously dealt with a DPA application in Elliot v Lloyds TSB Bank (unreported 24 April 2012) held that the “real purpose of the subject asses requests was to obtain information to be used in connection with the Bahamian proceedings”. Relying on the decision of the Court of Appeal in Durant v FSA [2003] EWCA Civ 1746, HHJ Behrens concluded that making a subject assess request in order to obtain documents to assist in litigation against third parties was not a proper purpose.

Finally, HHJ Behrens held that given the nature of the information (going back some 30 years), it would not be reasonable or proportionate to expect Taylor Wessing LLP to carry out any search for personal data or to determine what might be covered by privilege and what might not. The time cost of such an exercise would no doubt be very large – and it is worth bearing in mind that only a £30 fee had been submitted.

Despite these findings, HHJ Behrens has given permission to appeal. It will be interesting to see what approach is taken by the Court of Appeal and whether this approach to the DPA will be able to join the arsenal available to disappointed beneficiaries.

Leon Pickering
Leon has a particular interest in private client work and has rapidly developed a considerable practice in this area, acting as both sole counsel and being led in very high value cases. His experience obtained on secondment at a leading private client firm means he regularly acts in cases of greater complexity and value than his date of call would suggest. He is often brought in to deal with complex financial issues in larger cases and regularly appears on behalf of charities in litigation over legacies.
Ten Old Square, Lincoln's Inn, London WC2A 3SU
Tel: 0207-405-0758 | Email: clerks@tenoldsquare.com
Recommended Posts
Categories 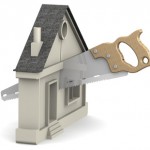 Co-Ownership of Family Homes: One person’s inference will be another person’s imputationTrusts
This website uses cookies for functionality and to help us to improve the experience of the website. By continuing to use this website, you accept their use or you can also change your personal settings.