Will an attorney be removed if they don’t pay care fees? You bet they will!

Where a son failed to pay his father’s nursing home fees and personal allowance for over 30 months Lush SJ was strikingly clear that this was most often an indication of more serious mismanagement of the donor’s finances. Failing to provide the OPG with an account of his dealings was enough reason alone to order the son’s removal as attorney. All of the failings were within the son’s control; his behaviour contravened his authority and was not in his father’s best interests. Lush SJ had no hesitation in revoking the Lasting Power of Attorney (LPA) which appointed the son as his father’s attorney.

On 2 July 2010 GW executed a Property and Financial Affairs LPA (PFA LPA) as well as a Health and Welfare LPA both of which were registered on 28 September 2010. Under both of these documents GW appointed his son, BW, as his attorney with his daughter, AW, as the replacement attorney. Both children live in Milton Keynes.

GW’s wife died in 2001 and in December 2011 he moved to live in a nursing home in Milton Keynes as he has advanced dementia. In May 2014 concerns were raised by Milton Keynes Council (MKC) over unpaid nursing home fees of £68,895 and there was a risk that GW would be evicted from the home. MKC registered a caution over GW’s property and in June 2014 the OPG wrote to BW asking for an account of his dealings since his appointment in 2010.

In the supporting statement from the OPG’s investigating officer, Brenda Bond, she said that GW had not received any personal allowance from his son who had also not visited his father in the home at all until the day after she wrote to him in June 2014. In June 2014, on his first visit to him in over 30 months, BW brought his father personal items and paid £200 towards his personal allowance. The OPG unsuccessfully attempted to contact BW by phone six times in July and August 2014 but received no response. GW’s state pension had been dormant since 2012 as they did not know where he was.

On 6 June 2014 a CoP General Visitor visited GW and concluded that he did not have capacity to revoke or suspend the LPA. An Independent Mental Capacity Advocate reported on 27 August 2014 that GW was very confused and knew nothing about his son.

In a letter dated September 2014, but not received by the court until November 2014, BW objected to the revocation of the PFA LPA. BW said that he had kept MKC and the nursing home up to date since 2011. The fact was that until his father’s house was sold there was no money to pay his care fees. BW claimed no one had told him this would be an issue. Due to him having limited free time (BW is a full time civil servant with 5 children, two of whom have special needs), the very neglected nature of the house and the sheer quantity of hoarded items at the property, it had taken BW until July 2014 to clear the house out and renovate it sufficiently to make it saleable. He had carried out all the work himself and had incurred expenses in doing so, which he had borne. On 30 July 2014, the morning the sale was completed, BW paid GW’s debts including £75,000 towards the outstanding care fees.

BW was not aware that his sister AW had stopped visiting their father and paying his personal allowance which had been their arrangement. He said that he had sent copies of statements for his father’s bank account to the OPG but these were never received. He hadn’t thought his father had been entitled to a state pension as he had mostly worked abroad as a diplomat so hadn’t paid UK tax. “Please take into account most of the failings were beyond my control.”

BW did not attend the CoP hearing.

Subsection (4) applies if the court is satisfied –

Lush SJ was less than impressed with BW, finding him to lack credibility having lied about when he knew of the OPG’s investigation and his conduct to have “been a catalogue of failures.” Among Lush’s unequivocal criticisms of BW’s conduct was:

Lush found that the failings “were entirely within his control”.

Notably Lush stated: “With almost unerring monotony in cases of this kind, a failure to pay care fees and a failure to provide a personal allowance are symptomatic of more serious irregularities in the management of an older person’s finances. BW has still failed to provide the OPG with an account of his dealings, even though it was requested nearly nine months ago. This alone would warrant his removal as attorney.”

Lush appreciated that due to his job and family circumstances as well as being stressed, BW had limited time to deal with his father’s affairs, but felt that these were reasons for BW to disclaim his attorneyship rather than to carry it out inadequately.

Lush accepted that GW did not have capacity to revoke his PFA LPA so revoked it as he was satisfied that BW’s behaviour had contravened his authority and he had not acted in GW’s best interests. 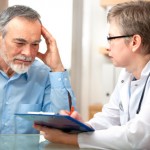 The most common mistakes when assessing mental capacityElderly/Vulnerable Client 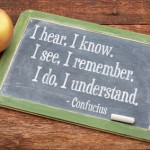 Using the wrong testElderly/Vulnerable Client
This website uses cookies for functionality and to help us to improve the experience of the website. By continuing to use this website, you accept their use or you can also change your personal settings.