Evidence of severance of a joint tenancy

This is an appeal to the HMRC Commissioners regarding a Nil Rate Band Trust set up for Inheritance Tax (IHT) Planning purposes.  The tax planning involved the severance of the Joint Tenancy on the family home. The original Notice of Severance was missing although an unsigned draft was available.   The question was whether there was sufficient evidence to show that the original notice had been validly given or alternatively that the joint tenancy had been severed by one of the other methods permitted by law.

Mr Chadda, a partner in a firm of accountants by the name of Kingston Smith, had acted for James Tobin and his company, James Tobin and Sons Limited, since 1983 in providing the Tobin family with accountancy, business, commercial and personal tax advice.

Mr and Mrs Tobin had been married for many years until the death of Mr Tobin on 29 September 2003.  They had a number of children but those involved in this appeal were Mary Bridget Tobin, Eileen Nash and Pauline Moroney.  Mary was disabled and required round the clock care.

In early 2003, it became apparent that Mr Tobin had cancer and Mrs Tobin had a terminal heart condition so they decided to make new wills with a view to ensuring that as much money as possible would be available to provide support and care for Mrs Tobin and her daughter, Mary.

Mr Chadda’s firm provided IHT advice and one of his colleagues, Marcus Everett, a lawyer, advised on the advantages of using both IHT Nil Rate Tax Bands.  He explained that they would need to make new Wills and may have to sever the joint tenancy on Park House Farm, depending on whether or not this had already been done.  He requested the title deeds from the bank to ascertain what the situation was in this respect.

The Wills were drawn up in almost identical terms save that Mr Tobin’s Will made a specific gifts of shares in his company.

Mr Chadda maintained that he took the Wills to Park House Farm on 30 July 2003 where he went through them with Mr and Mrs Tobin, explaining to them how the tax saving was to be achieved. To the best of his knowledge, the two daughters, Pauline and Eileen, were in the house but not present when the Wills were signed. Eileen was able to give evidence confirming Mr Chadda’s visit to the house as his attendance notes were sketchy or non-existant.

The IHT Account relating to Mr Tobin’s Estate did not indicate that the family house was to pass by survivorship.

However, when Mrs Tobin died a claim was made by Kingston Smith who were dealing with the Probate to transfer Mr Tobin’s nil rate band to Mrs Tobin’s estate.  HMRC pointed out that the transfer of the nil rate band was only available where the surviving spouse had died after 9 October 2007 whereas Mrs Tobin had died on 27 July 2007.  Kingston Smith then wrote to HMRC asking to substitute a debt of £255,000.00 plus interest against Mrs Tobin’s estate.  It was later conceded that Kingston Smith’s inclusion of interest was erroneous.

On 28 May 2009 HMRC wrote to Kingston Smith referring to the IHT 200 that had been submitted following Mr Tobin’s death and asking for confirmation that Park House Farm had passed by survivorship to Mrs Tobin as the surviving spouse because there was no information to this effect in that form.

Richard Smith of Kingston Smith replied on 3 June 2009 that regretfully other than Form IHT 200, Kingston Smith no longer held copies of any other correspondence but from evidence available it would appear that Park House Farm had passed by survivorship to the surviving spouse.

On 6 August 2009, Richard Smith of Kingston Smith corrected himself by writing to HMRC as follows:

“There is no indication on the IHT account (Mr Tobin’s) that the family house was to pass by survivorship, on the contrary, the D4 clearly shows the net value of property (half share) £374,986 ‘net total of assets passing by survivorship nil’, the value of the half share being covered by the nil rate band and spouse exemption.

On this basis alone the full nil rate tax band of £255,000.00 was available to be covered by the ‘binding promise’ and is now available to Mrs Tobin’s estate.”

On 8 October 2009, HMRC wrote requesting documents evidencing severance of the joint tenancy.  On 24 December 2009, Kingston Smith wrote to HMRC stating the Notice of Severance had been signed but that its whereabouts was unknown. Further correspondence ensued which culminated in HMRC stating that they did not consider that the burden of proof as to the severance of the joint tenancy had been satisfied.

On 8 August 2012, HMRC issued Notices of Determination on each of the Appellants stating that they did not consider that the Joint Tenancy on Park House Farm had been severed and therefore the full value should be taken into account is assessing the amount of tax due on Mrs Tobin’s estate.

Section 36 of the Law of Property Act 1925 (as amended by the Trusts of Land and Appointment of Trustees Act 1996) says:

Provided that, where a legal estate (not being settled land) is vested in joint tenants beneficially, and any tenant desires to sever the joint tenancy in equity, he shall give to the other joint tenants a notice  in writing of such desire or do such other acts or things as would , in the case of personal estate, have been effectual to sever the tenancy in equity, and thereupon the land shall be held in trust on terms which would have  been requisite for giving effect to the beneficial interests if there had been an actual severance.

Nothing in this Act affects the right of a survivor of joint tenants, who is solely and beneficially entitled interested, to deal with his legal estate as if it were not held in trust….”

Counsel for the accounts argued that they had to show, on the balance of probabilities, that the joint tenancy had been severed in one of three ways:

She submitted that although the evidence was not perfect, on the balance of probabilities, Mr and Mrs Tobin had severed the joint tenancy.

HMRC made submissions as to the adequacy of the secondary evidence in view of the fact that the appellants had not been able to produce the Notice of Severance or a signed copy and contended that given the various inconsistencies in the Appellants’ evidence, it had not been proved on the balance of probabilities that the Notice had been given.

After considering the evidence, the Judge concluded that

Therefore, the Judge, in considering the totality of the evidence, concluded that the appeal should be  allowed on the basis that:

The Judge further confirmed that there was sufficient evidence to support a severance of the joint tenancy on Park House Farm by mutual agreement, stating that he considered that a mutual agreement to sever need not be in writing.

This case emphasizes the obvious, namely: 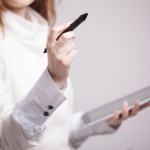 Note taking in the modern worldComment 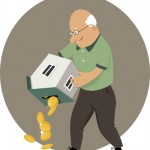 7 Facts about Equity ReleaseComment
This website uses cookies for functionality and to help us to improve the experience of the website. By continuing to use this website, you accept their use or you can also change your personal settings.