Have you made a serious mistake? 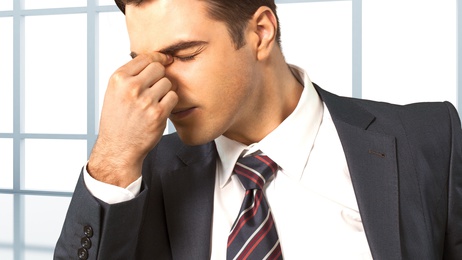 While the Supreme Court decision in the conjoined appeals of Futter & Anor v HMRC and Pitt & Anor v HMRC [2013] UKSC 2 severely restricted the circumstances in which the court could undo trustees’ ill-advised acts in office under the so-called Hastings-Bass principle, the distinct ruling on the Pitt appeal appears to have breathed new life into the equitable doctrine of mistake.

In the wake of that decision, the Chancery courts have been treated to Kennedy v Kennedy [2014] EWHC 4129 (Ch) (previously analysed by Gill Steel on this website) and, more recently, Freedman v Freedman [2015] EWHC 1457 (Ch). In each case, the Court has had to consider and apply the doctrine as defined by Lord Walker in Pitt in order to decide whether a voluntary transaction apparently resulting from a mistake is apt for rescission.

In 2013, Melanie Freedman settled two properties (known respectively as St Leonard’s Close and Gibbs Green) on trust for herself for life with remainder to her minor son, Bradley. The settlement contained discretionary powers to appoint the capital to a broad class of relatives, including Melanie.

After Gibbs Green was purchased, it proved more difficult than expected to sell St Leonard’s Close and Charles suggested in the meantime that both properties be placed in trust. Melanie agreed to this proposal. The evidence (which HMRC, defending the claim, did not challenge) showed that the main purpose of the settlement was to protect Melanie’s assets from “predation” by her sometime partner Mr Bakir. Furthermore, Charles was keen to maintain equality between his children and did not think Melanie should be able to retain both houses outright. The same principle of equality was applied to the loan for the purchase of Gibbs Green, which – it was agreed – would certainly be enforced and would be discharged from the proceeds of sale of St Leonard’s Close.

Critically, there was no evidence that the trust was settled to gain any kind of tax advantage. Unfortunately, the reverse was true, since neither Melanie, nor her father, nor the solicitor advising on the settlement had appreciated that there was a serious tax disadvantage: namely that the creation of the trust would give rise to an immediate inheritance tax entry charge and ongoing “relevant property” charges, because Melanie’s life interest was not (since 22 March 2006) a qualifying interest in possession.

Melanie applied to set aside the settlement on grounds of mistake.

The equitable jurisdiction to set aside a voluntary transaction on the grounds of mistake reached early maturity in the case of Ogilvie v Littleboy (1897) 13 TLR 399. Lindley LJ, in the Court of Appeal, articulated the principle that

“In the absence of all circumstances of suspicion a donor can only obtain back property which he has given away by showing that he was under some mistake of so serious a character as to render it unjust on the part of the donee to retain the property given to him.”

The more recent case of Gibbon v Mitchell [1990] 3 All ER 338 threw the jurisprudence into confusion by suggesting that only mistakes as to the effect of a transaction (as opposed to its consequences) could qualify for relief, but in Pitt’s case Lord Walker rejected this distinction and endorsed the more general principle in Ogilvie that

“the true requirement is simply for there to be a causative mistake of sufficient gravity” which it would be “unconscionable, or unjust, to leave … uncorrected”. Lord Walker conceded that the two formulations of the principle were not necessarily poles apart because “a mistake as to the essential nature of a transaction is likely to be more serious than a mistake as to its consequences.”

While preferring not to circumscribe the equitable jurisdiction by introducing, as Gibbon’s case had done, “an elaborate set of rules” governing its availability, Lord Walker made two further, important observations in Pitt:

The latter statement was a deliberate reference to the contemporary politics of tax avoidance and the wider inferences that may be drawn from it (about the court’s approach to tax planning generally) have alarmed tax practitioners.

The “mistake” in Freedman

In Freedman’s case the claimant argued

HMRC, opposing the claim, argued in the main

Despite HMRC’s objection, Proudman J granted relief and set aside the settlement, finding on the facts that Melanie had seen the solicitor’s legal advice and had therefore tacitly assumed that there would be no tax liability and, by extension, nothing obstructing the repayment of her father’s loan from the proceeds of St Leonard’s Close. The judge rejected HMRC’s further contention that the mistake was not sufficiently serious, holding that because the tax liability prevented the repayment of the loan by the trustees “The Settlement was so affected by the tax consequences that its effect was entirely different from that which Melanie believed it to be.”

A note of caution

Freedman does not give individuals or trustees carte blanche to back out of inefficient tax planning. On its peculiar facts, the existence of the loan agreement meant that the consequences of the ill-advised settlement were not limited to an unwelcome tax bill. Significantly, Proudman J opined that

“if the consequences were only that inheritance tax were payable, I would have more sympathy with [HMRC]’s submissions. However, the fact that the tax charge means that the loan cannot be repaid makes all the difference.”

HMRC will not have overlooked this part of the judgment and will certainly have taken great encouragement from it. As a result, persons applying to set aside transactions merely because unfortunate, unforeseen tax consequences have arisen should expect robust opposition from HMRC.

Such applications may still succeed where tax planning was a central purpose of the transaction which it is sought to rescind, since in that case the mistake – being one that goes to the heart of the transaction – would have the necessary degree of seriousness. However, the window for relief in such cases is narrow. HMRC’s declared view in Freedman was that such tax planning would have to be “unexceptionable” to avoid the alternative argument (per Lord Walker in Pitt’s case) that a court of equity should not intervene to rescue people from the wreckage of their own aggressive tax avoidance. Proudman J even went as far as to say that it was now “likely that relief will not be given if the transaction is part of a tax avoidance scheme”, although the authorities do not actually appear to support such a forceful conclusion.

Since Freedman, there has been at least one (unreported) case in which the court has granted the same relief on very similar facts. Like Freedman, this case involved a non-tax-driven settlement of a property which accidentally occasioned a tax charge, the effect of which went beyond the mere payment of tax and would actually have forced a sale of the property, thereby derailing the purpose of the settlement which was to preserve the family home. HMRC were given notice of the claim and chose not to oppose it. Such reticence should not be depended upon where the original transaction was tax-driven or where its only adverse consequence is an unforeseen tax liability. 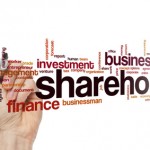 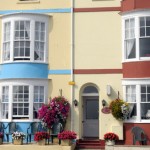 Shorthold tenancy v furnished holiday letTax
This website uses cookies for functionality and to help us to improve the experience of the website. By continuing to use this website, you accept their use or you can also change your personal settings.