Trusts: How are they taxed in France? 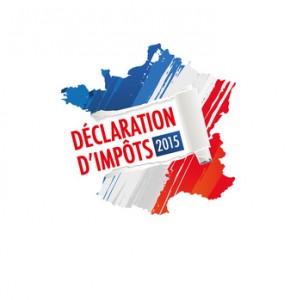 2011 saw a significant turning point in French tax law, which has impacted on a great number of unsuspecting people.

The additional French Budget legislation of 29 July 2011 created a specific wealth tax and French IHT/gift tax regime to apply to trusts.  The intention of the French legislator was not to give any legal effects to trusts under French law, but to enable France to tax trust assets and/or their participators when there is a connection with France.

The starting point is article 792-0 bis of the French tax code (the Code Général des Impôts), which gives a fiscal definition of a trust as follows (translation from French):

“The collection of legal relationships created under the law of a State other than France by a person, acting as constituant by inter vivos deed or taking effect on death, which places assets or legal rights under the control of an administrateur for the benefit of one or more beneficiaries or for the purpose of a specific objective”.

Two words are deliberately not translated, because to do so would restrict the meaning they seem to be given by French legislation.

What trusts are affected by the legislation?

All types of trusts existing as at 30 July 2011, and created afterwards, could be affected.  There is just one set of tax rules to govern all affected trusts – whether they be relevant property trusts or immediate post-death interests, revocable or irrevocable etc. –  whereas we know that UK tax law provides different inheritance tax regimes for different types of trust.

There are a few exceptions, where the rules will not apply.

The law will apply where there is some connection with France. This could be any of the following:

If there is no connection whatsoever with France, then the law doesn’t apply.

What taxes are relevant?

If the estate of the constituant / deemed constituant exceeds the wealth tax threshold (currently €1.3 million), when the trust assets are taken into consideration, then the trust assets must be reported on the individual’s tax return.  Below this threshold, the trust administrateur must report the value of the trust assets on an annual declaration – a Trust 2 form. The Trust 2 filing deadlines are 15 June, or extended to 31 August if the constituant is non-French resident.  Failure to comply obligation would lead to a levy at a rate of 1.5%. This is currently the highest rate of wealth tax, applicable on a net estate of over €10million, so a harsh price to pay for non-disclosure.

The tax regime here incorporates in part the general rules of inheritance tax, but also creates a new set of rules. If we take the case of Robert who dies leaving his estate to his executors to distribute to his two children, who are resident in France. Robert’s death is a trigger event for tax.

Furthermore, if assets remain on trust at the death of the constituant, a further tax charge could arise on the ultimate distribution of assets to beneficiaries, if each beneficiary doesn’t receive the portion of the trust fund they were deemed to have been “allocated” on the death of the constituant (which will be an equal division unless the trust documentation provides otherwise).

The French administration has given some examples of how the tax may be applied, but they are not sufficiently comprehensive to give clarity for the types of situation that might arise.

The administrateurs must file an annual declaration on Trust 2 form to report the value of the relevant trust assets as at 1 January. The deadline is 15 June or extended to 31 August where the constituant or the deemed constituant  are non-resident.

They must also file an “event” declaration on form Trust 1 within just one month of any event affecting the trust. This will include the creation or termination of a trust, the addition of assets, changes in the composition of beneficiaries or trustees (including the death of either), and distributions to beneficiaries.

Liability for the penalties could extend to the constituant and deemed constituant.

The French Government has, by recent actions, shown that it is taking a serious stance in this area of law. The penalty was originally the higher of €10,000 or 5% of the trust assets, and the Government has initiated a register of trusts. This, combined with the flow of exchange of information between the UK and France under the European Directive on Administrative Cooperation will make it easier for the French tax authorities to investigate non-disclosure.

This highlights the need for good risk management procedures for clients. There will be a constant need for Trustee clients to keep their adviser updated on all aspects of a Trust, and be pro-active in ensuring that they are made aware of beneficiaries and settlors moving to or from France.

Where are we, as we approach the fourth anniversary of this new regime?   Some guidance is given by the French administration, but there is still uncertainty to be grappled with.  Unlike the FATCA regulations, there has been no France / UK agreement directly related to trusts and so knowledge of French law is crucial. Ignorance of the law is not going to be a reasonable excuse.   This is a complex aspect of French law, but it seems that it’s here to stay and so we must stumble on through the tax minefield. It reinforces the point that tax isn’t getting any easier.  However, some careful structuring of clients’ affairs can avoid the potential tax traps. 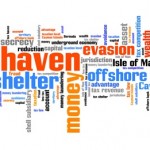 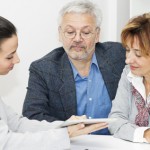 Pensions Freedoms: The end of Spousal Bypass Trusts?Tax, Trusts
This website uses cookies for functionality and to help us to improve the experience of the website. By continuing to use this website, you accept their use or you can also change your personal settings.