The most common mistakes when assessing mental capacity

Tim Farmer presents a six-part series of articles explaining the most common mistakes made when assessing mental capacity:

Number 1: Not being specific about the decision in question

I am often asked to challenge mental capacity assessments conducted by other professionals and I can guarantee that nine out of ten times they will have made at least one of 5 common mistakes. The most common we see is that the assessor fails to accurately identify the specific decision which is being addressed. This in turn often leads to a whole host of other problems, most notably the wrong outcome. Let me give you an example. 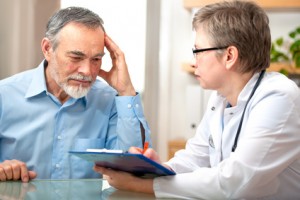 A gentleman in his 70’s was admitted to a care home following a stroke which resulted in weakness in his left arm. Previous to this he had been living in his own, ground floor flat which had been specially adapted because he was wheelchair bound following a car accident 15 years previous. As is often the case, he was eager to return home following a period of rehabilitation after his stroke. The local authority were less keen for him to do so based on a mental capacity assessment which stated that he did not have the capacity to make such a decision. The assessment based a lack of capacity on two factors. Firstly the gentleman in question could not remember that he regularly took medication and regularly attempted to secrete it when administered, thereby being a non-compliance risk. Secondly, it was felt that he was at risk of falling due to his left-sided weakness (although it was acknowledged that he had never actually fallen since being at the home or prior to admission).

I spoke to the gentleman and the care home and had to agree that he had no recollection of taking medication and was at risk of non-compliance. His lack of understanding in relation to the need to take it or the consequences if he didn’t take, combined with his inability to recall taking it,  clearly displayed a lack of capacity in terms of him being able to consent to take medication. However, despite this he did agree to have a package of care and support (4 visits per day) which would include being given medication. I discussed this with the care home who felt that the level of care would be appropriate and believed that he would engage with such a care programme – although they did point out that there would still be issues around secretion and compliance etc.; just in a different location.

We then discussed the issue of falls. The gentleman in question was slightly perplexed by the concerns regarding his falls considering that he had been mobilizing in a wheelchair for the last 15 years and his home was adapted to suit. I asked him if he had ever fallen and he replied “Yes, when I was about 40. I slipped on a wet patch in my bathroom and knocked myself out. No-one seemed to bother then and I haven’t done it since”. He then went onto add “When you get to my age, everyone is at risk of falling. It comes with the territory I’m afraid”. We discussed the consequences of falling and he rightly identified that a fall could result in further injury or even death and accepted the risk of the same. Despite this, he agreed to have an occupational therapist visit his house to see if any further modifications could be made to his home and he agreed that he would have any adaptations made that were subsequently recommended.

Without going into further detail, it is sufficient to say that I concluded the original assessor had not been specific enough when identifying the question to be addressed. Did the gentleman in question have capacity to consent to accepting medication? No. Did he have capacity to decide where to receive it, yes.

Tim Farmer
© Tim Farmer - TSF Consultants E: tsf@tsfconsultants.co.uk Web: TSF Consultants Tel: 0333 577 7020 Tim Farmer is the founder & MD of TSF Consultants the UK’s largest provider of mental capacity assessments to the legal profession. Referred to as “The Guru of Mental Capacity” by Tom Blackburn of Compass Law, Tim has conducted and supported others to conduct in excess of 1000 mental capacity assessments in both clinical and legal settings. He was the first mental health nurse to have evidence accepted by the Court of Protection in relation to a CoP3 application and he has also been published in the STEP journal with his article entitled “How robust is your capacity assessment?” He is currently working with STEP to develop a national referral protocol for solicitors and legal professionals Tim is also writing a book about the practicalities of assessing mental capacity in both clinical and legal settings.
Recommended Posts
Categories

Will an attorney be removed if they don’t pay care fees? You bet they will!Elderly/Vulnerable Client
This website uses cookies for functionality and to help us to improve the experience of the website. By continuing to use this website, you accept their use or you can also change your personal settings.