Estate practitioners in England and Wales face challenging times, due to ever greater competition from unregulated providers, but also exponential growth, as the baby boomer generation reaches old age. As David Maister said in his seminal work Managing the Professional Service Firm, (footnote 1)  a trusted advisor is one who is affable, available and able. It may be hard to remain affable in the face of stiff competition and stay available with increasing workloads, but hopefully this article’s survey of recent developments will boost your ability to get the job done.

Removal of the Form R27

Form R27 was used by personal representatives (PRs) and agents alike to finalise a deceased’s income tax position. Sadly, HMRC withdrew it on 13 October 2014. HMRC said the form will be replaced:

The only problem is that HMRC seems to be sending the letters and information to the person who registered the death, who, of course, may not be a PR.

The removal of the Form R27 puts professional agents in a difficult position, as they may now need to send a Form 64-8 and death certificate to potentially three tax offices to resolve their client’s estate:

So far there seems to have been patchy use of the new procedure and certainly HMRC has still accepted completed R27 forms where they were issued before the stated change-over. There will be further updates, because professional bodies have complained to HMRC about this move.

Work to enable the completion and submission of inheritance tax (IHT) forms online progresses, with the aim to have digitalised the Form IHT400 by March 2016. This process involves the Probate Registry too, since it will need to receive the forms or confirmation that tax has been paid, if appropriate, before issuing the grant.

The order in which questions are asked online will follow, in the case of the IHT205, the excepted estates criteria. Similarly, the IHT400 will take you through only the relevant parts of the form and schedules, rather than making you plough through it all. A pre-launch test for agents will go live shortly on the IHT205.

Migration of information to GOV.UK

Please note that lots of useful information that professionals referred to is being sent to the National Archives and will no longer be kept up to date. The GOV.UK website is aimed at the general public and contains more straightforward information. For example, you have to use the GOV.UK site to get an inheritance tax reference number. As yet, the manuals are not fully altered for use on GOV.UK but they will be eventually and it is expected they will largely be unaffected by the move.

The draft Finance Bill 2015, issued on 10 December 2014, includes provisions to introduce IHT exemptions for members of the emergency services in line with the existing exemption for armed service personnel who die in active service or as a result of injuries sustained in active service.

A new s153A Inheritance Tax Act 1984 sets out the conditions that have to be met for the estates of emergency service personnel and humanitarian aid workers to be exempt from IHT. There will also be a new s155A Inheritance Tax Act 1984, which will set out conditions for estates of police constables and armed service personnel to be exempt from IHT. It will be immaterial whether the individual was acting in the course of their duties when attacked.

If the provisions make it into the Finance Act 2015, they will have effect for deaths occurring on or after 19 March 2014, so you may have some estates where you need to revisit the IHT charges paid to seek a repayment.

In August 2014, Delaware became the first US state to enact a law treating a deceased’s digital assets in the same way as the estate’s paper records and physical assets.

The property characteristics of ‘e-material’ are not altogether clear, particularly where computer devices are used for business, as well as personal, matters. STEP has a working party looking into this but do not assume all digital assets have no value and can be ignored. It is still difficult to practically identify all types of digital estate and then to value those items that have value, and to notify sites to close down pages or references to the deceased.

This area is evolving all the time and some clients will be using services like www.planneddeparture.com for managing their digital life and creating succession plans for the digital age. It is worthwhile familiarising yourself with some of these services.

It may be helpful for the administration of an estate to be able to examine the deceased’s health records – perhaps if a lifetime gift is challenged for lack of capacity, or a claim might need to be made in relation to the cause of death. The Access to Health Records Act 1990 grants rights to certain individuals (including the patient’s PRs) to see what has been written about a deceased patient in a hospital, and to see other health records. This only applies to written records made on or after 1 November 1991.

With the coming into force of the Inheritance and Trustees’ Powers Act 2014 on 1 October 2014, the intestacy rules have changed. You may be surprised to learn that our concept of intestate provision goes back at least to King Canute. In his laws, it is stated: ‘And if any one depart this life intestate, be it through his neglect, be it through sudden death; then let not the lord draw more from his property than his lawful heriot. And according to his direction, let the property be distributed very justly to the wife and children and relations, to everyone according to the proportion that is his due.’

Who gets what is now simplified as follows:

There is still no provision under the intestacy rules for cohabitants, despite attempts to bring forward an Inheritance (Cohabitants) Bill.

Probate cases in 2014 included three of relevance to claims under the Inheritance (Provision for Family and Dependants) Act 1975 (IPFD 1975):

Article was first published in the STEP Journal (April 2015) issue.  This version can be viewed here but requires login (for STEP members). http://www.step.org/probate-update 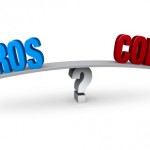 Deeds of variation: rectification and the consequencesProbate, Tax, Wills
This website uses cookies for functionality and to help us to improve the experience of the website. By continuing to use this website, you accept their use or you can also change your personal settings.