FATCA to apply to non-US clients 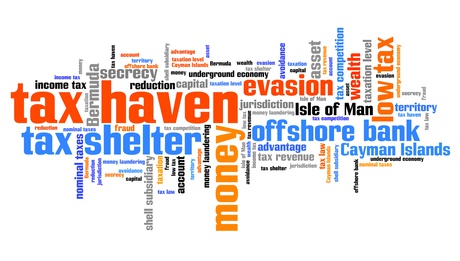 There have been plenty of articles about the US FATCA rules, which are designed to help the US authorities locate their citizens’ offshore assets.  Less known, perhaps, are the new ‘son of FATCA’ rules introduced by the UK.

By way of context, US citizens are taxed on a worldwide basis, so have to report all their assets worldwide to the US Internal Revenue Service (‘IRS’).  Just in case any US citizen has forgotten (honestly or otherwise) to report their offshore assets, the new FATCA rules ensure the IRS get the relevant information anyway.  In the UK, FATCA operates by ensuring that any UK resident ‘financial institution’ reports on its US clients to HM Revenue & Customs (‘HMRC’), who in turn pass the information on to the IRS.

Clearly this was too good an opportunity for the UK government to miss.  Following the US example, the UK introduced The International Tax Compliance (Crown Dependencies and Gibraltar) Regulations 2014.  These Regulations, which came into force on 31 March 2014, introduce FATCA-style reporting to the UK’s crown dependencies (Jersey, Guernsey and the Isle of Man) plus Gibraltar.

Reciprocal exchange-of-information rules apply.  So the UK will give information to the authorities in Jersey, Guernsey, the Isle of Man and Gibraltar on any account held in the UK for a resident of one of those jurisdictions.

This contrasts with the automatic tax information exchange agreements the UK has signed with its overseas territories.  The Cayman Islands were the first, followed by Bermuda, Monserrat, the Turks and Caicos Islands, Anguilla and the British Virgin Islands.  These agreements are non-reciprocal, meaning the reporting is all one-way: from the overseas territory to the UK.

Again, reporting is not due to start until 1 January 2016, but financial institutions in the countries affected are already changing their due diligence in order to comply.  So if you have clients with dealings in any of the countries listed above, they can expect to start receiving letters (if that haven’t already done so) informing them of the new reporting requirements.

These new rules should be seen in context of the wider international attempts to introduce exchange of information provisions worldwide.  The International Tax Compliance Regulations 2015, which came into force on 15 April 2015, were made to give effect to a number of agreements between the UK and other jurisdictions.  The stated aim is to improve international tax compliance.  The Regulations cover:

When clients ask which jurisdictions these Regulations apply to, it is probably easier to look for those jurisdictions that are not covered by the Regulations.   Of the most wellknown tax ‘havens’, only Panama is missing, with Cayman, Bermuda, BVI etc. all included.

For those clients who are UK resident but non-domiciled, and eligible for the remittance basis of taxation, little should change.  Clients in that position are perfectly entitled to have assets offshore and do not need to report those assets to HMRC (only taxable remittances of offshore income or gains need to be reported).  However for those clients who are taxed on the arising (worldwide) basis, the report from an offshore jurisdiction is likely to result in enquiries from HMRC.

At the same time as introducing these reporting rules, HMRC has announced the early closure of the disclosure facilities (such as the Liechtenstein LDF and the Crown Dependencies Disclosure Facility), which clients could use to report undisclosed funds without risk of criminal prosecution.  These are now coming to an end at the end of this year (2015). Additional penalties have been introduced for clients with undisclosed offshore funds, including in Finance Act 2015, which contained increased financial penalties for anyone who placed their assets in a country that does not have exchange of information provisions with the UK.

The message is clear.  Legitimate offshore planning is fine.  Hiding funds offshore is not. 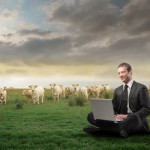 How to avoid the risk of a farming disputeTax 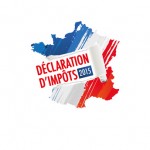 Trusts: How are they taxed in France?Tax, Trusts
This website uses cookies for functionality and to help us to improve the experience of the website. By continuing to use this website, you accept their use or you can also change your personal settings.