Donatio mortis causa – a review of a recent appeal case 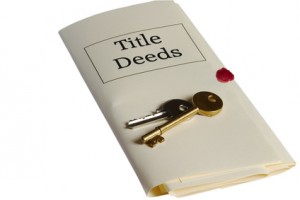 Having rarely had a case on the equitable doctrine of donation mortis causa (DMC) for some years, we now have a second recent case in King v Chiltern Dog Rescue which on appeal by the charities reversed the High Court decision in King v Dubrey and re-examines this principle.

It has tightened up the requirements for a DMC as DMCs are a way of avoiding the stringent requirements for making a valid Will and are considered to be open to abuse. DMC is an equitable doctrine concerning a gift which remains conditional until the donor’s death. It is a gift made during the lifetime of the donor but in contemplation of their imminent death for a specific reason. The donor effectively does all that is in their power to transfer title to the asset to the donee during their lifetime but it is conditional until death. If the donor subsequently attempts to give the asset to the donor by way of a document this is inconsistent with them having made a DMC.

June Fairbrother made a Will on 20 March 1998 leaving legacies totalling £19,000 between 12 friends and family members with the residue divided between 7 animal charities (all were the defendants and appellants). By 2007 June had become increasingly frail and did not want to go into a home. In June 2007 she had a conversation with her nephew Kenneth King who agreed to move in with her so he could become her main carer. Kenneth had previously been in prison for an offence under the Companies Act, having been bankrupt twice and did not own his own property.

June’s main asset was her home and according to Kenneth she did not ever discuss the existence of a Will with him. She did however tell him on several occasions that he would have her house after her death. Between November 2010 and March 2011 June signed documents (some were witnessed) stating that Kenneth would have her house after her death. On 24 March 2011 she signed a Will which Kenneth prepared, leaving the house to him but it was not witnessed and so was not valid.

Earlier in 2010 some four to six months before she died June’s health was deteriorating and on returning home from an outing with a friend Kenneth gave evidence that June handed him the deeds to the house saying “this will be yours when I go” or similar words. The property was unregistered and the deeds packet included an epitome of title from 1900 to 2010. Kenneth took the deeds packet from June and put it in his wardrobe, believing that she had collected the deeds that day from a solicitor or bank.

June died on 10 April 2011 and her March 1998 Will was admitted to probate. Kenneth firstly brought a claim under the Inheritance (Provision for Family and Dependants) Act 1975 (IPFDA) as a dependent but then added a DMC claim of the property which was valued at £350,000. The charities objected to Kenneth’s DMC claim on the basis that he was an unreliable witness and that even if his evidence was accepted there had not been a valid DMC.  They challenged his IPFDA claim too. The executors and most of the legatees indicated that they would not contest Kenneth’s claim.

At first instance Hollander QC sitting as a deputy judge in the High Court considered the law relating to DMC and explained that it is an attempt to make a testamentary gift while not having to comply with the requirements of the Wills Act 1837.

The conditions necessary for an effective DMC were set out by Norse J in Sen v Headley [1991] Ch 425 which Hollander QC confirmed was the leading case on DMC and on appeal Jackson LJ agreed the main points were:

On appeal Jackson LJ said that the first requirement would only be satisfied if the donor was contemplating “death in the near future for a specific reason.” A general feeling of approaching the end of one’s natural lifespan was not sufficient.

Hollander QC confirmed that a DMC is a present gift which takes effect in the future and remains conditional until the donor’s death. The gift is revocable in the meantime. Following the decision on appeal, this second requirement will not be satisfied if subsequent to the purported gift the donor attempts to give the asset away by another means, such as by making a Will. They cannot have regarded the asset as conditionally disposed of if they continue to try and dispose of it.

Hollander said it was necessary to be satisfied that the donor had capacity to make the gift. Where the gift was of almost all of a person’s estate and so would defeat any Will provisions, the test was the same as for testamentary capacity.

Hollander QC held that there had been an effective DMC gift by June to Kenneth.

The main evidence was provided by Kenneth and was of fundamental importance to the case. Other witnesses had limited knowledge and were therefore of limited assistance. All evidence had to be scrutinised very closely. There was no other witness to the conversation in 2010 when Kenneth claimed June handed him the deeds saying he was to have the property, but despite some reservations about his credibility, Hollander QC accepted Kenneth’s evidence on this point. The various documents June signed stating Kenneth was to have her house corroborated June’s wish shortly before her death to give him her house.

Hollander QC found that there was limited medical evidence on June’s capacity and he was satisfied that she had capacity to make the DMC. He agreed with Gaunt QC in Vallee v Birchwood [2013] EWHC 1449 that impending death did not mean death had to be in a few days for it to be a valid DMC. He found that June was increasingly worried about what she thought was her impending death at the time she made the DMC. This was evidenced by the documents she signed and the failed 2011 Will.

Following Sen and Vallee he was satisfied that June had parted with dominion by handing over the title deeds and using the words (or similar) that Kenneth said she did.

Despite finding a valid DMC of the property to Kenneth, Hollander also considered the IPFDA claim in case he was wrong on the DMC. He held that Kenneth was financially dependent on June and she had assumed responsibility for him, even though he was providing care services in return. If Kenneth had not succeeded on the DMC Hollander QC would have awarded him £75,000 under his valid IPFDA claim.

The charities appealed both the decision that there was a valid DMC and that Kenneth would be entitled to £75,000 under his IPFDA claim.

The decision on appeal

Jackson LJ examined the scope of the DMC doctrine in modern law. He confirmed that it dated from Roman times which had been adopted into common law. He cited 18th and 19th century authorities that strict proof was necessary to establish a DMC to prevent abuse and stop the avoidance of the requirements of the Wills Act 1837 applying. Jackson LJ said he could not see what useful purpose the doctrine served in modern times.

“As many judges have observed, the doctrine of DMC in the context of English law is an anomaly. It enables [a donor] to transfer property upon his death without complying with any of the formalities of section 9 of the Wills Act or section 52 of the Law of Property Act [transfers of land must be by deed to be valid]. Thus the doctrine paves the way for all of the abuses which those statutes are intended to prevent.”

Jackson LJ felt that less weight should be given to words spoken in the last hours of a person’s life than a carefully drawn up Will. DMC should be kept “within its proper bounds” and the doctrine should not be extended to ever wider situations.

Jackson LJ stated that Vallee v Birchwood [2013] EWHC 1449 had been wrongly decided as in that case the donor felt he was approaching the end of his lifespan but “did not have a reason to anticipate death in the near future from a known cause.” It is essential that imminent death for a particular reason must be actually anticipated at the time of the gift and the gift will fail if the donor doesn’t die as he anticipated. A DMC cannot run on until eventual death if the death was not imminently anticipated at the time of the gift.

Jackson found that the first requirement was not satisfied here as June had not been contemplating her impending death when she gave the title deeds to Kenneth in 2010. Although she was then aged 81 there was no evidence that she was suffering from any specific illness. “She was not suffering from a fatal illness. Nor was she about to undergo a dangerous operation or to undertake a dangerous journey.” The appropriate action for June to take if she wanted Kenneth to have the house was to have made a new Will putting this into effect. A solicitor would have explained to her that the animal charities she principally wanted to benefit would have received nothing. The charities were therefore successful in their appeal and Kenneth did not receive the house as a valid DMC had not been proved.

Additionally Jackson LJ did not find that the second requirement had been satisfied. Using the words “this will be yours when I go” was more consistent with it being a statement of testamentary intent than June making a gift conditional on her death within a limited period of time. This view was added to by June subsequently trying to give Kenneth the house by way of invalid documents on two occasions in 2011 – showing she was trying to give her assets through a Will and did not regard the house as already being given to Kenneth. These attempts were inconsistent with her having already made a valid DMC.

For the avoidance of doubt Jackson LJ confirmed that the third requirement and delivery of dominion had been satisfied. He also upheld the IPFDA award of £75,000; neither decreasing it, as the charities argued; nor increasing it, as Kenneth argued.

“the paramount principle established by the earlier authorities is that the law’s recognition of a DMC as a valid means of transferring property on death operates as an exception rather than an alternative to the requirements of the Wills Act or any other statutory provisions governing the valid transmission of interests in property. The requirement that a will must be signed by the testator in the presence of two witnesses is intended to provide protection for the testator and his estate against abuse. They are not therefore unnecessary formalities. The testator’s execution of the will and his capacity to make it can be proved objectively by those who witnessed it being done. By contrast, the making of a DMC, as in this case, will usually occur privately between the donor and the donee in circumstances where the potential for fabrication and invention by the donee is high and the prospect of disproving an alleged DMC correspondingly low.” 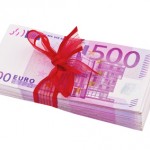 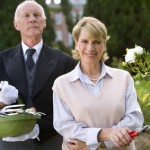