Deeds of variation: rectification and the consequences 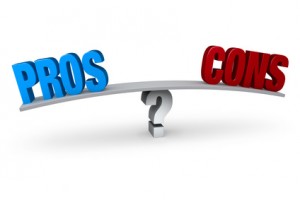 In Vaughan-Jones v Vaughan-Jones [2015] EWHC 1086 (Ch), the court agreed to rectify a Deed of Variation which omitted a statement that section 142 Inheritance Tax Act 1984 (IHTA 1984) was intended to apply.  Despite this apparent victory for the taxpayer, HMRC have indicated that the Deed will fall foul of the principle that those who give up rights under a Deed of Variation should not receive any extraneous consideration for doing so.  The case could have a significant impact on the use of Deeds of Variation to make use of the spouse exemption.

The deceased left his estate in four equal parts to his widow and three sons.  Their solicitor, Mr Evans, made the sensible suggestion that the parties execute a Deed of Variation to pass the deceased’s whole estate to his widow, so that no inheritance tax was payable.

Unfortunately, the solicitor failed to include a statement that section 142 IHTA 1984 and section 62 Taxation of Chargeable Gains Act 1992 (TCGA 1992) were intended to apply.  Since the Finance Act 2002, Deeds of Variation will not be read back into the will for inheritance tax (IHT) or capital gains tax (CGT) purposes without such a statement.

HHJ Hodge QC had to decide whether the claimants (the two executors) had discharged the high burden of proof required in a rectification claim.  They were required to provide convincing evidence of mistake on the part of all the relevant parties to the deed.

The judge considered who the relevant parties were to a Deed of Variation i.e. who must have been mistaken.  He agreed with the decision in Wills v Gibbs [2007] EWHC 3361 that the executors’ intention was irrelevant; while they were parties to the deed, they did not need to be.  S142 only requires the consent of the executors if a Deed of Variation increases the tax payable.  However, he held that the widow was a relevant party as well as the three beneficiaries giving up their rights.  S142 would affect her position as well as theirs.

The judge accepted there was sufficient evidence that the widow and the three sons intended s142 to apply; the solicitor’s attendance note stated that the Deed of Variation would allow the widow to receive the estate free of IHT.  However, there was no reference to CGT in the attendance note (and no other evidence that the solicitor had put his mind to CGT), so the judge refused to rectify the deed to state that s62 was intended to apply.

Unfortunately, the attendance note providing evidence of mistake equally showed the solicitor advising the widow to make use of the spouse exemption and then make cash gifts to her sons which would also be free of IHT (if she survived seven years). As a consequence, HMRC have indicated they believe that the deed falls foul of s142(3), which states that:

This provision was considered in the similar case of Lau v Her Majesty’s Revenue & Customs [2009] STC (SCD) 352.  In Lau, the deceased’s step-son disclaimed a £665,000 legacy which then passed to the deceased’s widow as part of the residuary estate.  Very shortly after receiving the money from the estate, the widow passed £1m back to the step-son.  The widow argued that the £1m was nothing to do with the disclaiming of the legacy – it was partly a wedding present and partly a payment to set the step-son up in business, which she had promised long ago.  The judge squarely rejected this evidence, in particular because a solicitor had advised that the children could save IHT by disclaiming the legacies and receiving the money as gifts from the widow instead.

In that case, both parties agreed that “consideration” should be given “its ordinary and everyday meaning, namely as something given in exchange for something else or a quid pro quo”.  The judge decided that the widow gave the £1m in exchange for the step-son disclaiming his legacy, so there was consideration and s142 could not apply.

What is more difficult in Vaughan-Jones is that while the solicitor suggested the widow give as much cash away as possible to her sons, she did not promise to make any particular payments to her sons and it is unclear whether she ever intended to do so.  She has given some cash to two of her sons, but a smaller amount than they would have received under the will (though there is no requirement that consideration be adequate) and not till two years after the Deed of Variation. One son has received no money at all, despite giving up his share of the residue.

The tax tribunal will have to decide whether the widow did intend to benefit her sons in exchange for them executing the Deed of Variation, and if she did, whether that intention was sufficient to constitute “consideration” within s142 without any actual payments.  The case may turn on whether the intention to make cash payments to the sons was legally enforceable.

If a non-binding expectation that the widow would “make good” legacies given up by other beneficiaries is sufficient to prevent s142 applying, this will have a major impact on the many Deeds of Variation executed in similar circumstances.  Solicitors will have to be careful to advise clients that money can only be channelled to the widow if she has no intention of using it to benefit the beneficiaries giving up their rights.

Whatever the outcome of the case, it will not affect all planning using Deeds of Variation to take advantage of the spouse exemption.

The rule against consideration does not apply where the consideration comes from within the deceased’s estate.  This can be useful where the deceased owned property eligible for agricultural or business property relief or excluded property (which is included in the meaning of “estate” for the purposes of s142).   A Deed of Variation can rearrange the distribution of the assets so that an exempt beneficiary (a spouse or a charity) receives the otherwise chargeable property and the non-exempt beneficiary receives the property eligible for reliefs or excluded property.  This will reduce inheritance tax but will not be caught by s142(3) as the only consideration comes from the deceased’s estate.

Of course in any planning of this nature, there is the inevitable risk of HMRC attempting to apply GAAR, and executors and beneficiaries should be aware of this.  HMRC have indicated that they will refer such cases to their technical department for investigation (IHTM35094).

While the rectification claim shed light on the principles behind rectification of a Deed of Variation, the tax tribunal decision will likely be more illuminating for taxpayers.  It should give those advising bereaved families a better understanding of how they can safely advise on post-death use of the spouse exemption. 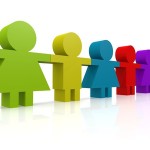 Construction and rectification of Wills after Marley v Rawlings  Wills
This website uses cookies for functionality and to help us to improve the experience of the website. By continuing to use this website, you accept their use or you can also change your personal settings.