Will the court always revoke a power of attorney when the Public Guardian asks it to?

Unusually Lush SJ dismissed the Public Guardian’s (PG’s) application for the revocation and cancellation of the registration of an Enduring Power of Attorney (EPA). Lush SJ stated he was not satisfied that the revocation and cancellation were proportionate, were less restrictive of the donor’s rights, respected the donor’s rights, warranted public interference in the donor’s private and family life and was in his best interests.

On 23 July 2007 DT executed an EPA appointing his three sons IT, PT and MT jointly and severally as his attorneys and this was registered on 26 September 2011. DT has dementia which is caused by a combination of vascular disease, a head injury from when he fell down some stairs and chronic alcoholism. In 2006 DT went through a particularly destructive phase and Suffolk Social Services advised his wife to move out of the home for her own safety. She reluctantly did this and lives on her own in a small one-bedroom apartment in Essex near her sons.

In June 2013 the council had contacted the OPG with their concerns as the care home fees were in arrears at that time by £19,624 and by October 2014 the arrears had reached £69,000.  DT and his wife are joint owners of the former matrimonial home which was being rented out for £550 per month. The rent was paid direct to the wife’s bank account. Whenever the council contacted IT he asked them questions and underpaid the care home fees by £100 per month.

In August 2013 a Court of Protection General Visitor met with DT. She found him to be fully aware his sons were his joint attorneys and told her he was happy with this, but it was his estranged wife who was taking his money and specifically his income.

In March 2014 a Court of Protection Special Visitor went to see DT and was unable to conduct a mini-mental state examination due to DT’s aggressive behaviour. The doctor did still form the opinion that DT was suffering from cognitive defects as part of the dementia but “in spite of the diagnosis of dementia, he still has the ability to indicate who should have the power of attorney. He has asserted strongly his view that his sons should continue to have the power of attorney and manage his personal and financial affairs.” He felt that DT had the capacity to revoke his EPA, to choose new attorneys if he wished to change them and to make a new LPA. He did not however have capacity to manage his own affairs.

One of the sons said that as attorneys they had been trying to balance the needs of both their parents and their mother had only limited income of her own. Had their father not been ill both DT and their mother would have lived in the matrimonial home on DT’s pension.

In June 2014 the Public Guardian applied to the court for a declaration of DT’s capacity to make financial decisions and if the court found he lacked mental capacity for an order that the attorneys produce accounts. If the accounts were not satisfactory they requested the revocation of the EPA, cancellation of its registration and the appointment of Suffolk County Council as DT’s deputy.

The Council initially consented to their appointment as deputy but during the court process changed its mind and said it was too complex a matter for it to act as deputy so a panel deputy would be appropriate in their place.

At the hearing the attorneys said that they were trying to negotiate three matters with the Council:

(g) on being satisfied that, having regard to all the circumstances and in particular the attorney’s relationship to or connection with the donor, the attorney is unsuitable to be the donor’s attorney.

If the court directs the Public Guardian to cancel the registration of an instrument on being satisfied of the matters specified in sub-paragraph (4)(f) or (g) it must by order revoke the power created by the instrument.

In considering whether to revoke an EPA, unlike with LPAs, the court does not need to be satisfied that a donor lacks capacity to revoke the power of attorney himself: only that the attorney is unsuitable as per paragraph 16(4) above.

With regard to the ‘unsuitability’ of attorneys Lush SJ referred to Re F [2004] 3 All ER 277 and the statement by Patten J (as he then was):

“It seems to me that to remove a chosen attorney because of hostility from a sibling or other relative, in the absence of any effective challenge to his competence or integrity, should require clear evidence either that the continuing hostility will impede the proper administration of the estate or will cause significant distress to the donor which would be avoided by the appointment of a receiver. Neither of these conditions is satisfied by the evidence in this case.”

Lush SJ recognised that there is no hostility between the three attorneys and the issue was whether there had been an effective challenge to their competence or integrity. He also took into account the Special Visitor’s assessment of DT having the capacity to revoke his EPA himself, although it was not strictly necessary to do this.

“If one thing is certain in this case, it is that DT is perfectly satisfied with his sons’ management of his property and financial affairs under the EPA, and he has no desire to revoke their appointment as attorneys.” Lush SJ also added “I consider that, if the court were to revoke the EPA, it would cause significant distress to him, which cannot possibly be in his best interests.”

Lush SJ was not satisfied that the conduct of DT’s sons had been sufficiently detrimental to override his wishes that they remain as his attorneys. Although they hadn’t produced accounts there was no evidence of dishonesty. Rather the criticism was that they were spending DT’s funds on his wife, their mother. As attorneys have power under an EPA to meet another’s needs if the donor might reasonably be expected to provide for them (paragraph 3(2) MCA 05) the attorneys were acting within their authority.

Lush SJ did not look favourably on the Council for withdrawing their consent to act as a deputy, particularly as the costs of a panel deputy would be considerably higher than those they would have been permitted to charge and would “be a disproportionate drain on [DT’s] limited resources.”

“Considering all the relevant circumstances and, in particular, the extent to which DT retains capacity and his clear expression of his present wishes and feelings on the matter, I dismiss the Public Guardian’s application to revoke the EPA.”

Lush SJ was not satisfied that the order was proportionate, was less restrictive of DT’s rights and freedom of action, respected DT’s rights, will and preferences, warranted public interference in DT’s private or family life nor was it in his best interests. 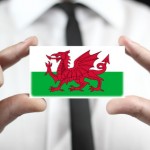 Paying for care in Wales – A Consultation (respond by 31 July 2015)Elderly/Vulnerable Client
This website uses cookies for functionality and to help us to improve the experience of the website. By continuing to use this website, you accept their use or you can also change your personal settings.