How wide is the court’s discretion to vary an order previously made under IPFD? 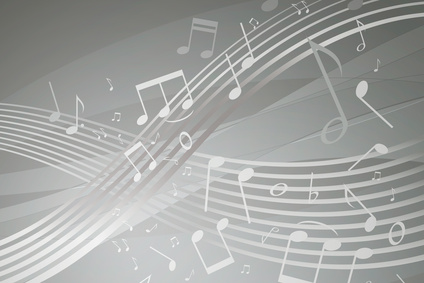 In this article I want to look at the recent first instance decision in the case of Taylor v. Bell and Haworth [2015] All ER (D) 208 (Feb) which is the first case dealing with the extent of the court’s discretion to vary an order for periodical payments under Section 6 the Inheritance (Provision for Family and Dependants) Act 1975 (hereafter referred to as ‘the 1975 Act’).

The case concerned an application by Mr Taylor to vary the terms of a periodical payments order made following the compromise of his application under the 1975 Act, section 2(1)(a). Mr Taylor’s father, Peter Gardiner, died in 2006 leaving a net estate of £2 million. At the time of his father’s death, the claimant was 17 years old. The last Will of Mr Gardiner made no provision for the claimant. £350,000 was left to two named charities; Mr Gardiner’s personal possessions were left to his other son, Lee Gardiner, the residue of the estate was passed to a discretionary Trust set up on the same day as the date of the Will. Mr Taylor was excluded as a beneficiary under the Discretionary Trust. The beneficiaries were Mr Gardiner’s other son (excluding Mr Taylor) and remoter issue, any charity and a number of named individuals.

Mr Taylor made an application under the 1975 Act for reasonable provision out of his father’s estate which was compromised with the executors and the terms embodied by consent in the periodical payments order approved by Judge Langan QC on 27 May 2008.

The purpose of the order was to provide reasonable financial maintenance throughout the claimant’s Sixth Form College and University period. The order set out in considerable detail the maximum amount of payments that were to be made and provided that the payments came to an end on 31 August 2014. The maximum payable under the order was £210,000.00 and the order specified that that sum had been set aside in a separate bank account.

Mr Taylor was a keen and talented singer and had, from an early age, desired to become an opera singer. However, he did have some learning difficulties based upon underlying weaknesses within his working memory and information processing speed. In addition the court noted that it was significant that some seven weeks prior to the approval of the consent order, Mr Taylor was involved in road traffic accident in which he suffered multiple chest injuries and liver laceration. He was an inpatient for some 8 days and was in receipt of treatment in respect of the injuries suffered until at least August 2008.

For a number of reasons his education did not progress as envisaged. The Claimant had not finished his University education by August 2014 (expected completion August 2015). Furthermore, in order to further his career prospects he wished to pursue a two year post-graduate course at either the Royal College of Music or Guildhall School of Music in London. Mr Taylor sought a variation of the periodical payments order beyond August 2014 and for the post graduate music course.

Unusually the executors chose to resist the application rather than remaining neutral. There remained £38,479.00 in the estate account as distributions had been made to the discretionary beneficiaries when it became apparent that the full amount of the award was not going to be claimed by Mr Taylor. By the date of trial he had no capital and had received some financial support from his mother.

The executors opposed the application on a number of grounds which can be summarised as follows:-

The court was critical of the line of authorities relied upon by the executors to suggest that the claimant had specific hurdles to surmount before it could be satisfied that it should exercise its discretion under section 6 [See para 39 of the judgment]. None of the authorities relied upon by the executors were decisions on applications to vary a periodical payments order or, in fact, even decisions under the 1975 Act and as such the court derived little assistance from them. In particular in respect of Barder v. Caluori (supra) HHJ Behrens stated:-

‘[33] The short answer to this authority is that it relates, As Lord Brandon made clear, to applications for leave to appeal out of time against an order for financial provision order on divorce. Mr Taylor’s case concerns an in time application to vary a periodical payments order made under section 1(1)(a) of the 1975 Act. As section 6(3) of the 1975 Act makes clear the application can be made at any time up to 6 months after the expiration of the order. Thus conditions (b) and (c) are inconsistent with section 6(3). Condition (a) is inconsistent with section 6(7). The discretion under section 6 is not so circumscribed.’

HHJ Behrens concluded that section 6 of the 1975 Act was expressed in quite general terms. Save that the order must be made out of “relevant property” the discretion ‘appears to be quite general’ [See para 29 of the judgment]. Further, the court must have regard to all the circumstances of the case including any change in matters that the court had taken into account when the original order was made [See paras30-39 of the judgment].

Taking all the above factors into account the court awarded Mr Taylor £6,500 for the year to August 2015 and a further £7,500 for the following two years, the latter being conditional on him attending a full time post graduate course of training. In the event that his place was deferred it would be necessary to apply for a further variation of the order.

In summary, there is no requirement for a claimant to satisfy the conditions in Barder v. Caluori (supra) before the court can exercise its discretion under section 6 of the 1975 Act. The court’s discretion is unfettered and it should have regard to all the circumstances of the case, including any change in any matters that the Court was required to take into account at the time of the approval of the earlier consent order.

The case also contained a salutary warning of the need for practitioners to keep a close eye on the level of costs as to whether or not they could be deemed disproportionate. The Defendants’ costs schedule amounted to £23,267.99 which HHJ Behrens stated “in light of the sums in the estate account I have to say that I regard such expenditure is both unfortunate and disproportionate”[See para 12]. In particular the court was concerned at the extent to which the claim had been defended (including the instruction of an expert as to the claimant’s musical capability) and the actual costs incurred. Whilst executors would normally be entitled to an order for their costs out of the estate, in light of the above concerns, HHJ Behrens was only prepared to allow the executors to take costs amounting to £15,000.00 inclusive of VAT and disbursements out of the estate. He held that any costs over and above this figure were disproportionate and unreasonable! 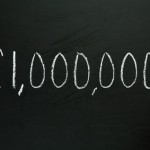 The Conservatives’ Plans to Exempt the First £1 millionComment, Tax 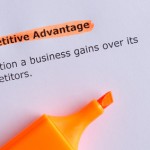 How does your firm gain competitive advantage?Comment, Practice Management
This website uses cookies for functionality and to help us to improve the experience of the website. By continuing to use this website, you accept their use or you can also change your personal settings.