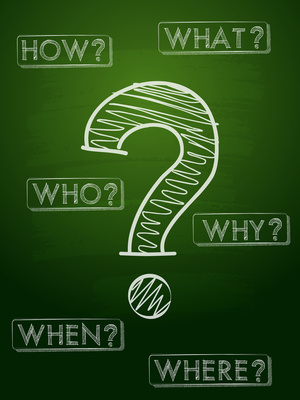 As we all know, before a will or codicil can be admitted to probate, the Court (whether the High Court or the Probate Registry) must be satisfied that the testator or testatrix knew and approved of the contents at the time they signed it. Knowledge and approval is a different question to capacity and it is perfectly possible for someone to have capacity to make a will but not know and approve of its contents; equally it is possible (although rather rare) for someone to lack capacity but nonetheless know and approve of the contents of their will. Of course, knowledge and approval is nothing to do with the ‘approval’ of the Court – it is simply a question of whether the testator knew what they were signing was a will and knew and understood what the contents were.

The significance of ‘knowledge and approval’

It is not often that a probate case makes its way to Court solely on the basis of knowledge and approval but they can make interesting reading. Perhaps the most famous and most important is Fuller v Strum [2002] 1 W.L.R. 1097, although even that case at first instance included an allegation that the will had been forged.

Sharp and Hutchins (Re Butcher Deceased) [2015] EWHC 1240 (Ch) represents an interesting example of a probate trial purely over the question of knowledge and approval (other allegations having been dropped either before the trial, or in the case of the forgery allegation, on the very first day) which revisits the question of whether the Court should apply a single stage test or the older, two-stage test.

Affirmative evidence of knowledge and approval will be required when the circumstances surrounding the preparation and execution of the will “excite the suspicions of the Court” (Fuller v Strum). Common examples of where the Court’s suspicions will be aroused include where: the testator is: deaf and dumb; blind; illiterate; or where the person who prepared the will receives a benefit under it (such as in Fuller v Strum itself, or Tociapski v Tociapski [2013]  EWHC 1770 (Ch)). However, there are no hard and fast rules – whether the circumstances surrounding a will are such as to arouse the suspicion of the court is a question of fact in each case and should not be considered as a tick-box exercise.

Where the Court’s suspicions have been aroused, then it will require positive evidence that the testator knew and approved of the will (such as it being read over to the testator before execution).

Of course, where the Court’s suspicions are not aroused then knowledge and approval is a non‑starter if capacity and due execution have been proved.

The impact of the presumption led to the old approach to issues of knowledge and approval. Prior to Gill v Woodall, it was generally considered appropriate to apply what was referred to as a two-stage test to the issue – considering first whether the person opposing the will had adduced sufficient evidence “to excite the suspicions of the court” and if so, then to turn to consider whether or not those suspicions were allayed by party propounding the will. Whilst this is useful – particularly in considering whether to bring a knowledge an approval challenge, it is not really a practical approach for a judge to take when weighing up evidence during a trial. Without ruling out the two-stage approach in the future, Lord Neuberger MR (as he then was), giving the leading judgment in Gill v Woodall indicated that he favoured a single stage test instead – saying:

Where a judge has heard evidence of fact and expert opinion over a period of many days relating to the character and state of mind and likely desires of the testatrix and the circumstances in which the will was drafted and executed, and other relevant matters, the value of such a two-stage approach to deciding the issue of the testatrix’s knowledge and approval appears to me to be questionable.

Although this makes a lot of sense in terms of a judge considering all the evidence before giving judgment, the adoption of the single-stage approach can have the unfortunate side-effect of encouraging weak knowledge and approval claims. If a claim no longer has to get over the formal hurdle of ‘exciting the suspicions of the court’ then weaker claims could be pursued to trial only to ultimately fail.

It is possible that Sharp v Hutchins is an example of such a situation. Briefly, the background is as follows.

Ronald Butcher, of Enfield, North London died in March 2013.  He left no close relatives and his 2011 will left his estate in equal shares to his cousin Joyce Gilkerson and Evelyn Hutchins and Peter Rogers, the daughter and son of a close friend.  Evelyn Hutchins was appointed as the executor. However, in January 2013 Mr Butcher executed a new will giving his entire estate to a local builder, Danny Sharp, whom he had befriended some years beforehand.

Following Mr Butcher’s death, Evelyn Hutchins was surprised by the new will as there had not been any rift between Mr Butcher and his old beneficiaries. She challenged the validity of the will on the basis that

Ultimately the capacity issue was dropped and the forgery claim conceded on the first day of the trial after Robert Radley had produced a report as a joint expert.

There was no real suggestion that Danny Sharp had been involved in the preparation of the will and Mr Butcher was neither blind nor illiterate and the unchallenged evidence was that Mr Butcher’s eyesight was good enough for him to have been able to read the will. Effectively, the case on knowledge and approval appears to have been based on the claim that the bequest was so unusual that the Court should conclude that Mr Butcher did not know and approve of the contents of his will. This itself was mainly based on an attack on the friendship between Danny Sharp and Mr Butcher, the judge being invited to find that Danny Sharp’s account of his friendship (which he had conceded in evidence was not close) was “ludicrous and absurd”.

Having considered the evidence, Lesley Anderson QC sitting as a deputy judge, concluded that there was “nothing suspicious” about the events surrounding the execution of the will.   Applying the single stage test the judge was “entirely satisfied” that there was sufficient evidence to conclude that Danny Sharp had discharged the burden of proving knowledge and approval relying in particular on the facts that:

Accordingly the judge found in favour of the will.  What is perhaps rather interesting is that at paragraph 53 of her judgement she went on to cross-check her conclusion reaching the two-stage test and concluded that she would have found that the Court’s suspicions had been aroused but that Danny would have rebutted such a prima facie case. This comment seems to run somewhat contradictory to what appears from the judgment.  On the face of it, there is nothing to arouse the suspicion of the Court.  Under the old two-stage test, there would have been a good argument to say that it never got over the initial hurdle of exciting the suspicions of the Court.

Although it is a question of the propounder having to prove knowledge and approval before a will is admitted to probate, litigators and advisors should not lose sight of the two-stage test because it focuses the mind on the strong presumption of knowledge and approval. Although it is right that we should no longer look blindly at the two-stage test, applying it informally at an early stage in litigation can potentially help to avoid costly trials where, from the judgment as it has been reported, it looks as if knowledge and approval was always going to be established. Of course, good judgments always read as if the answer was obvious in hindsight and no doubt the factual issues were far more complex.

Leon Pickering
Leon has a particular interest in private client work and has rapidly developed a considerable practice in this area, acting as both sole counsel and being led in very high value cases. His experience obtained on secondment at a leading private client firm means he regularly acts in cases of greater complexity and value than his date of call would suggest. He is often brought in to deal with complex financial issues in larger cases and regularly appears on behalf of charities in litigation over legacies.
Ten Old Square, Lincoln's Inn, London WC2A 3SU
Tel: 0207-405-0758 | Email: clerks@tenoldsquare.com
Recommended Posts
Categories

Probate updateGill's Blog, Probate
This website uses cookies for functionality and to help us to improve the experience of the website. By continuing to use this website, you accept their use or you can also change your personal settings.