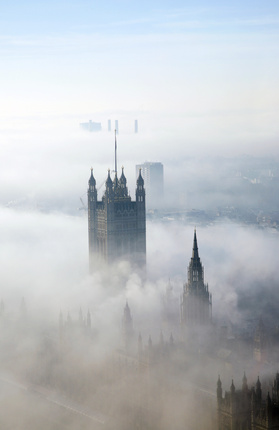 JSC Mezhdunarodniy Promyshlenniy Bank v Pugachev [2015] EWCA Civ 139 is one of several decisions in the ongoing legal battle between Russian state liquidator Deposit Insurance Agency (“DIA”) and Russian oligarch Sergei Pugachev by which the DIA seeks to recover from Mr Pugachev over $2bn of state funding it says Mr Pugachev wrongly extracted from the so-called Mezhprombank for the benefit of himself and companies under his control. The Court of Appeal upheld an order, made ancillary to a freezing order, which required Mr Pugachev to disclose to the DIA details of five discretionary trusts of which Mr Pugachev was a discretionary beneficiary. In doing so, the Court considered the limits on the Court’s jurisdiction to make such an order.

In the early 1990s Mr Pugachev founded Mezhprombank, which became one of Russia’s largest privately owned commercial banking groups before becoming insolvent in late 2010. In proceedings brought against Mr Pugachev in Russia, the DIA alleges that in around December 2008 the Russian Central Bank made substantial loans to Mezhprombank to recapitalise it and that thereafter Mr Pugachev carried out a scheme designed to extract from Mezhprombank substantial sums for the benefit of himself and companies controlled by him. The DIA’s claim against Mr Pugachev is for over $2bn.

Mr Pugachev left Russia in early 2011 and resides principally in London. He defends the proceedings, which he argues are politically motivated.

On 11th July 2014 the Chancery Division recognised the Russian liquidation of Mezhprombank and froze Mr Pugachev’s assets up to £1.1bn in aid of the Russian proceedings. The freezing order prohibited Mr Pugachev from removing from England and Wales and disposing of, dealing with or diminishing the value of his assets. Paragraph 7(c) of the order explained that the prohibition included in particular “any interest under any trust or similar entity including any interest which may arise by virtue of the exercise of any power of appointment, discretion or otherwise howsoever”. The order also required Mr Pugachev to inform the DIA’s solicitors of his worldwide assets exceeding £10,000 in value, “whether in his own name or not and whether solely or jointly owned, giving the value, location and details of all such assets”.

Mr Pugachev provided a schedule of assets in which he indicated inter alia that he was one of a class of discretionary beneficiaries under five New Zealand based trusts, of which he listed the names.

This caused the DIA to apply for an order that Mr Pugachev be required to provide further information about the trusts. Henderson J granted the order, requiring Mr Pugachev to swear an affidavit setting out to the best of his ability “(i) the identity of the trustee(s), settlor(s), any protector(s), and the beneficiaries of, and any other person carrying on some or all of the functions of a protector or trustee under another title in relation to [the five trusts] … and (ii) details of the assets which were subject to those trusts as at … 14 July 2014 (including their value and location)” and requiring Mr Pugachev to  supply copies of the trust deeds which were in his control or which he had a right to inspect or copy.

The Court of Appeal dismissed both appeals and upheld both orders, holding that the first instance judges had had jurisdiction to make the orders they had made and had not exercised their judicial discretion in an impermissible manner.

It held that the wording of paragraph 7(c) of the order (above) caught two different types of interest: (i) a vested interest under a trust (either in possession or in remainder) and (ii) the interest of a member of a class of beneficiaries created by a trust in whose favour a discretion could be exercised. On the other hand, the wording did not catch a distribution made to a discretionary beneficiaries, because once the distribution has been made it ceases to be held under the trust and becomes the beneficiary’s own property.

Although the Court of Appeal decided that it was not in a position to accept, on the current state of the evidence, that the trustees of the five trusts “simply act at the behest of Mr Pugachev”, it held that the DIA should be given the “the opportunity to test its assertion that Mr Pugachev is the effective owner of [the trust] assets against his (and the trustees’) assertion that he is not”, particularly as the DIA was not asking that the trust assets be brought within the scope of the freezing order immediately.

The decision is another indication that English courts appear to be less and less willing to accept at face value the argument that because a mere discretionary beneficiary has no crystallised and clearly identifiable interest in any particular trust asset, assets comprised in a discretionary trust cannot be considered ‘his’ and should therefore simply be ignored when analysing what assets the beneficiary has.

The Court described the nature of an interest under a discretionary trust as follows:

“A beneficiary under a discretionary trust has a right to be considered as a potential recipient of benefit by the trustees. That is an interest which equity will protect. The trustees must apply some objective criterion in deciding whether or not to exercise their discretion in favour of a particular beneficiary; so that each beneficiary has more than a mere hope. But that right is not a proprietary interest in the assets held by the trustees, although it can be described as an interest of sorts: Gartside v IRC [1968] AC 553, 617–8. In some areas of the law, such as matrimonial finance, legislation is drawn widely enough to enable the court to take into account the likelihood that trustees will exercise their discretion in favour of a particular beneficiary in deciding what provision to make for a former spouse on divorce: Whaley v Whaley [2011] EWCA Civ 611. But even then the trust assets are not owned by the beneficiary spouse.”

Whaley v Whaley was an ancillary relief case in which the Court of Appeal had held that, on the particular facts, the trial judge had been entitled to treat two discretionary trust funds as part of the husband’s assets for the purposes of section 25 of the Matrimonial Causes Act 1973 despite the fact that the two trusts were discretionary and that the husband was not even a member of the class of discretionary beneficiaries of one of them (but merely the object of a power given to the trustees to add members to the class). The basis for the decision was that on the evidence the trial judge had concluded that the trustees of the two trust were likely to do whatever the husband told them to.

“On the face of it assets held by the trustees of a discretionary trust would not be amenable to execution if judgment is entered against one of the class of potential beneficiaries at the suit of a third party. The trustees might in such circumstances decide to confer a benefit on the beneficiary to save him from bankruptcy; but that would be a matter for them. If they did exercise their discretion in favour of a particular beneficiary the amount of the benefit would thereupon cease to be a trust asset and would become the asset of the beneficiary. It would then truly be his asset.”

The Court also indicated that the jurisdiction to make freezing orders carries with it the power “to make whatever ancillary orders are necessary to make the freezing order effective”, including the power to order the respondent to disclose information: “the claimants are only asking for information”; “[a]n order for the provision of information is far less intrusive than an order which prevents someone from dealing with assets.”

Finally, the Court of Appeal emphasised in no uncertain terms its “concern that sophisticated and wily operators should not be able to make themselves immune to the courts’ orders”. It therefore seems that the fog which is sometimes created by complex structures involving discretionary trusts may not always be as thick as it first appears.

‘Child of the family’ – IPFD changesProbate, Tax, Trusts, Wills
This website uses cookies for functionality and to help us to improve the experience of the website. By continuing to use this website, you accept their use or you can also change your personal settings.