‘Child of the family’ – IPFD changes

Children of the family: A welcome increase in the personal scope of the Inheritance (Provision for Family and Dependants) Act 1975 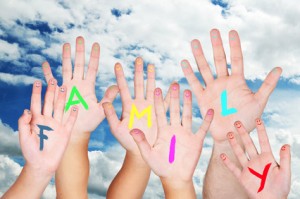 On 1st October 2014 the Inheritance and Trustees’ Powers Act 2014 came into force and made a number of important amendments to the Inheritance (Provision for Family and Dependants) Act 1975. The 2014 Act was largely based upon the Law Commission report on Intestacy and Family Provision on Death which was published on 13th December 2011.

The 2014 Act made a number of the amendments to the range of people eligible to apply for provision under the 1975 Act. This article specifically considers the amendments made to the category of “child of the family”.  Prior to its amendment by the 2014 Act, section 1(1)(d) of the 1975 Act permitted applications by:

This version of section 1(1)(d) principally covered step-children and required a link based either on marriage or civil partnership. The 2014 Act has amended section 1(1)(d) of the 1975 Act to:

This amendment removes the link to marriage or civil partnership and will cover situations where the deceased has treated someone as a child of the family whilst the deceased was cohabiting with that child’s parent. In fact, the amendments made by the 2014 Act go further than that by adding a new section 1(2A) to the 1975 Act which states:

This extends the definition of child of the family to cover a wide range of cases where someone has treated a child as their own. This could include an aunt, cousin or even a neighbour. This provision is not restricted to those who are still minors and can be relied upon by adults. The Law Commission also stressed that it should not be restricted to children who have actually lived in the same household as the deceased as such a qualification does not apply to legal children (natural or adopted children who are covered by section 1(1)(c) of the 1975 Act).

At first glance the amendments may appear to have substantially increased the personal scope of the 1975 Act. However, we must remember:

“There may be a risk of speculative, ill-judged litigation to test the boundaries of this new category but this is no reason not to cure what appears to us and many commentators as an undesirable anomaly in the law.” (paragraph 6.38).

It may be that many of those who fall within the extended category of child of the family would have been covered by the 1975 Act through some other eligibility category but the point is that other people may still have fallen into the gaps. The amendments represent an expression of fairness. They acknowledge two important social realities. The first is the relatively recent trend towards cohabitation rather than marriage. The second is the age-old idea that family is sometimes what you find in life rather than what you have been given.

Jason is experienced in commercial and civil litigation. He regularly advises in claims under the Inheritance (Provision for Family and Dependants) Act 1975 and all other areas of contentious probate. Jason has a particular interest in capacity cases. E: j.nickless@pumpcourtchambers.com Web: Pump Court Chambers
Recommended Posts
Categories 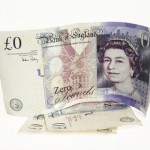 Trustees’ mistake and tax consequences – is there a remedy?Trusts
This website uses cookies for functionality and to help us to improve the experience of the website. By continuing to use this website, you accept their use or you can also change your personal settings.