Is Windows 10 in your future?

A couple of years back Microsoft introduced a new look version of its Windows Operating System. The radically changed user experience in Windows 8 with its colourful live tiles, didn’t exactly set the world on fire initially and to be truthful, although I did like it when used with a touch screen, it was not really suited to desktop use with a keyboard and mouse.

Microsoft to their credit realised this and soon released Windows 8.1 which made lot of Keyboard and Mouse friendly changes. It also allowed booting into desktop mode and gave the big full-screen start menu of Windows 8 the ability to have the same background as the desktop making the experience less jarring. However it did still have the big full-screen start menu or start-screen instead of the smaller pop-up start menu beloved of many desktop users. It’s fair to say people’s reaction to the Start-Screen was a bit like the people in the adverts for Marmite – they either loved it or hated it with a passion.

In many ways Windows 8.1 was a big step forward from Windows 7 with much better performance and memory management. It could run on much lower specified hardware at a much better speed. Indeed a plethora of small 7 and 8 inch tablets have launched running Windows 8.1 extremely well. 8.1 can be a very satisfying tablet experience and recent sales figures do show it catching on but there still remains the question of Windows 7 users. Microsoft could not afford another experience like with XP where many companies were reticent to upgrade to Windows Vista and then even Windows 7 due, amongst other technical issues, to the level of retraining needed. Recent figures show, however, that since XP lost security support there has been a shift to users having Windows 7 but very few corporate users have upgraded to 8 or 8.1.

Enter Window 10. Why 10 you might ask and it’s a good question. Rumours have varied from: if they had called it 9, older programs would be confused and treat it as Windows 95; to Microsoft just wanting to really break with Windows 8 and show it as a major step away. Only Microsoft really know. It doesn’t really matter what the number is as this is likely to be last ever version release of Windows with features and fixes being rolled out as downloadable updates from now on. Microsoft likes to refer to this as Windows as a Service.

Whilst no official release date has been set it is expected that Windows 10 will be released by the end of the year (2015).

Windows 10 is currently in what Microsoft call Technical Preview and is available to download and use by what are known as Windows Insiders. Anyone can sign up to be an insider and test Windows 10.

So what will you get with Windows 10?

I’ve picked 5 key new features but there are a lot more.

Performance – Firstly if you are still on Windows 7 you will notice a fairly dramatic performance increase as you will gain all the tweaks done for Windows 8 plus a few more.

Start Menu – the Windows 7 pop up style start menu is back albeit with a few tweaks. As you can see it combines, to my mind, the best of two worlds.  From Windows 7 the quick access list of apps on the left hand side, the ability to type in a program name and have it start, and from 7 the information provided at a glance by the live tiles of what are now known as Modern Apps. 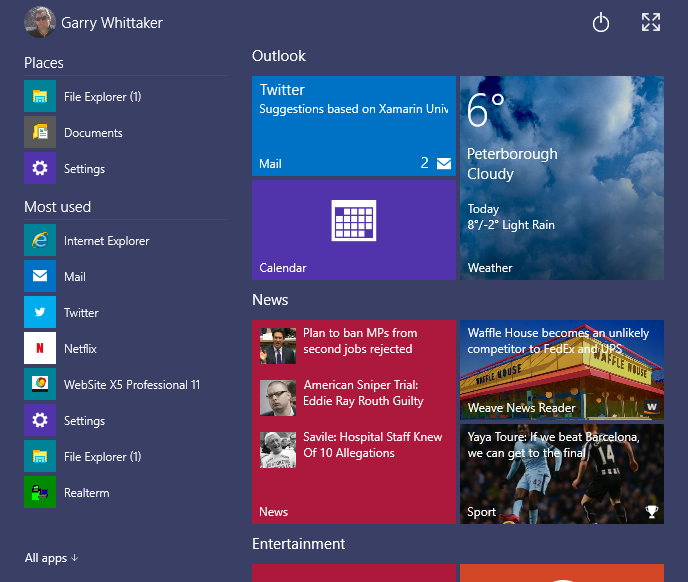 If you still prefer the old Windows 7 Start Menu a company called StarDock has developed a clone of it which can replace the Start Menu in Windows 10. Personally I like the new style menu.

Cortana – You may have seen the TV adverts of the Voice Assistant built into the Windows Phone. This is Cortana and it will feature heavily in Windows 10 with the ability to control things by voice and do dictation. Although dictation was supported in Windows 7 it seems likely this will be much more sophisticated in 10.

Improved task switching and virtual desktops – clicking the Task Switcher icon or pressing the familiar Alt-Tab combination brings up the task switcher. There is one subtle difference currently when using the icon – below the horizontally scrolling thumbnails of your running apps is a plus sign with the word add a desktop. This allows you to group running apps into virtual desktops which you can then easily swap between. Imagine if you were working on separate client matters – you could have a separate desktop for each client with all the documents specific to that client. This would allow you to keep them apart whilst still allowing quick switching between clients.

Modern (Universal) Apps – whilst these were actually introduced in Windows 8 they take on a greater life in Windows 10. In Windows 8 modern apps (sometimes known as Metro apps) could only exist on the Start Screen and only run full screen height and either full screen width or snapped to the side in a couple of predefined widths. With Windows 10 modern apps run on the desktop and can be treated like any older app with the ability to resize, maximise and minimise. They can still if you like be run full screen but in the current preview this doesn’t work consistently well.

Why are modern apps important? They are sandboxed – that means they can only affect themselves and any resources to which the user explicitly allows access. This means it is almost impossible to write anything that does something malicious in a Modern App. Couple this with the fact Modern Apps have to be either downloaded from Microsoft’s curated store or a certified store set up by your own company and these become some of the safest apps to run.

At the moment it isn’t possible to get rid of the use of older, what are known as Win32 programs, in most firms.  Usually too many applications relied upon systems which use these older legacy programs. In many ways this is a shame because if we could get rid of Win32 programs then PCs would be a lot more secure. Indeed this is what Microsoft tried to do with their Windows RT variant of Windows 8. Devices running this Operating System could only run modern apps but a lack of proper education meant these did not fare well in the market. People assumed they would still be able to run things like iTunes on them and were disappointed when they couldn’t.

Modern apps can also be universal that is to say they can run on desktop, phones, tablets and even possibly an Xbox one. For the practitioner this opens up the possibility of having a bespoke app written for your desktop and being able to use exactly the same functionality on a tablet or phone.

So what will this cost me.

If you are running Windows 7 or Windows 8 and you upgrade in the first year after launch of Windows 10 it will cost you absolutely nothing. The only caveat is if you have the Enterprise version of Windows and some sort of Volume License then you will need to continue to pay for your licenses.

Windows 10 is a giant step forward with some of the comfort of the past and ‘nothing’ sounds a really good value proposition to me.

Garry Whittaker
© Garry Whittaker - appXib Ltd
Garry Whittaker is Director of AppXib Ltd - a company that specialises in Cross-Platform Mobile App development for businesses large and small. A Microsoft Most Valuable Professional, Fellow of the Institute of Analysts and Programmers and Xamarin Certified Consulting partner, Garry has over 30 Years experience in the IT industry and is also the development expert on the weekly DigitalLifetstyle Show. Garry is a popular speaker at IT events and can provide consultancy on any aspect of IT and development. Garry us also the contributing editor for the popular FascinatingTech online magazine.
E: contact@appxib.com Web: appXib Ltd
Recommended Posts
Categories 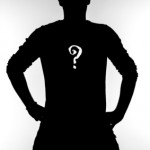