The bell is tolling for pilot trusts

The 2015 Finance Bill looks set to deal a swift and fatal estoc blow to the Rysaffe or “pilot trust” scheme. In the last few decades, these inheritance tax mitigation schemes have been the pride of every estate planner’s arsenal and have seen much active service, most notoriously in 2003 in Rysaffe Trustee Co (CI) v IRC, when their exponents outgunned the Revenue. 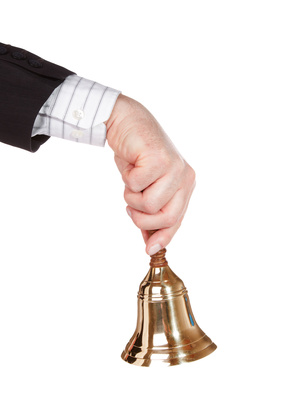 Since that defeat, which confirmed the validity of the scheme, the Revenue’s attitude towards pilot trusts has been one of grim toleration. But now it appears that draft legislation published in December 2014 will, if carried into law in April, disable these schemes with retrospective effect. Very soon, up and down England, trust and estate practitioners may be towing away their obsolete pilot trust precedents for scrap, like the Fighting Temeraire, or publicly displaying them, like Zam-Zammah, as the decommissioned, grand ordnance of an earlier age.

What are pilot trusts?

Rysaffe or “pilot trust” schemes have become a normal and acceptable part of estate planning for clients with wealth in excess of the nil-rate band threshold. Many practitioners will already be familiar with the way they work.

In summary, the settlor settles nominal sums (e.g. £10) on separate discretionary “pilot” trusts on successive days during his lifetime. At some later date, property is added to those trusts. This often happens on the settlor’s death by legacies in his will. Crucially, the later additions to the settlements must usually all take effect on the same day, or the scheme will not work.

The effect is that each discretionary settlement has the benefit of its own individual full nil-rate band to set against future Relevant Property charges, which may thus be reduced or obviated entirely.

How do the current rules allow this?

Pilot trust schemes work by exploiting a lacuna in these provisions. If property is added to two or more existing settlements on the same day, none of those additions is currently taken into account for the purpose of calculating the aggregate chargeable transfers on the others: see IHTA 1984, s. 67(3)(b)(i). Therefore subsequent Relevant Property charges are calculated without reference to those same-day additions. This disregard would not apply if the additions were made on separate days, but nor are the additions brought into account as “related settlements” (i.e. settlements established by the same settlor on the same date: see IHTA 1984, s. 62), because the settlements have already commenced on a prior date.

How will the new legislation affect this?

Since 2012, HMRC has been consulting on proposed changes to the IHT legislation to simplify taxation of settlements. These consultations explored the idea of giving settlors one nil-rate band in their lifetime to split between Relevant Property settlements. The last consultation along these lines, published in 6 June 2014, proposed to give settlors the choice as to how they allocated this “settlement nil-rate band” between their various trusts. These proposals were not universally welcomed, not least because of the difficulties of allocating any unused “settlement nil-rate band” on the settlor’s death. They have now been abandoned.

In their place, HMRC has proposed amendments to IHTA 1984, part III, chapter III contained in the consultation draft 2015 Finance Bill (at pp. 449-454) which aim to deal with pilot trust schemes directly. Curiously, this does not involve removing s. 67(3)(b)(i), the provision which disregards same-day transfers. Instead, entirely new wording is added (in the proposed section 62A) to define “same-day additions” to other settlements established by the same settlor, and to work the value of those additions to the other settlements into the calculation of Relevant Property charges for the settlement in question.

This is a sinister development which appears to go beyond the simple purpose of disabling pilot trust schemes (which could have been achieved by bringing only the value of the same-day additions into account). Now, settlors will have to take care to add capital to settlements on different days, lest they accidentally “relate” their previously unrelated settlements.

The new rules are due to take effect on 6 April 2015, but will not apply to “protected settlements”, as defined in the proposed section 62B, which will continue to be taxed as before. To qualify as “protected”, a settlement must have commenced before 10 December 2014 and the settlor must not have transferred any additional property to it after that date unless this occurred on his death before 6 April 2016 by

“a disposition effected by provisions of the settlor’s will that at the settlor’s death are, in substance, the same as they were immediately before 10 December 2014.”

The new s. 62B provisions are similar in principle but have an end-date: living settlors of pilot trusts have until 6 April 2016 to change their wills if they hope to live beyond that date. Settlors who die before that date whose wills top up pilot trusts will escape the new rules as long as the testamentary provision which achieves that result existed in substantially the same form before 10 December 2014.

The draft legislation is silent on the question of whether a codicil to a pre-10 December 2014 would cause the transitional relief to be lost. But the wording suggests that a settlor could, between now and 6 April 2016, even go so far as to execute an entirely new will without endangering an existing pilot trust scheme, provided the “testamentary disposition” that fulfils the scheme was present in the old will and has not been newly introduced or changed “in substance”. However, this view has not been confirmed by HMRC and it is understood that the professional society STEP is seeking clarification from it on this point. In any case, it will be prudent to retain any revoked will as evidence of its “substantial” identity with the later will.

Changes to these rules, in some or other form, have long been expected, as it seemed unlikely that HMRC would allow the use of pilot trusts to continue indefinitely. Now their time is almost spent. But the penal provisions relating to same-day additions, insofar as they would operate to “relate” previously unrelated settlements, are unnecessary and seem like an attempt to steal a march on the taxpayer. HMRC still welcomes comments from practitioners on the draft legislation.

Implied, resulting or constructive trust of shares in family companyTrusts
This website uses cookies for functionality and to help us to improve the experience of the website. By continuing to use this website, you accept their use or you can also change your personal settings.