Gladys Meek’s estate has been the subject of several hearings the most important of which was the order requiring her two deputies to repay almost £205,000 to Gladys’ estate as a result of wrongly making gifts and reimbursing expenses they incorrectly incurred. As Senior Judge Lush commented at the time, the deputies saw their appointment as a ‘licence to loot’. The deputies’ appointments were revoked and a panel deputy appointed. The panel deputy now seeks a statutory Will; the security bond of the former deputies to be called in and directions as to whether the conduct of the deputies should be referred to the police.

Gladys Meek suffered from vascular dementia and was in her nineties when her niece and great-niece by marriage became involved in her affairs: Mrs Janet Miller and Mrs Margaret Johnson. Gladys had one child, Barbara, but she died intestate in 2010 aged 67 and her estate passed to Gladys.

Mrs Meek lived in a nursing home in Derbyshire. The appointment of Mrs Miller and Mrs Johnson as deputies was joint and several and they were ordered to obtain and maintain security in the sum of £275,00 in accordance with the standard requirements as to the giving of security.

Mrs Miller and Mrs Johnson then embarked in a course of conduct which involved them making extravagant gifts, not only to charities but also to themselves and members of their respective families e.g. purchasing new cars, computers, jewellery, designer handbags, football season tickets and transferring large sums of cash.

Mrs Meek had not made a Will and so there was a need for a statutory Will. By the time of the hearing brought by the panel deputy Mrs Meek’s assets were worth approximately £114,575 while the estimated costs of and incidentals to the application was £92,000.

The parties interested in the statutory Will application were:

Evidence was also provided by Susan Grimshaw, a university friend of the late Barbara Meek, and her daughter Rachel who had been Barbara’s god-daughter.

There was various arguments as to which of the above and charities should benefit under any statutory Will. Each of the above had different views as to which factors might be of ‘magnetic importance’ in reaching any decision which was in the best interest of Mrs Meek.

Judge Hodge considered the factor of magnetic importance was that Mrs Meek would be expecting her daughter to survive her and to inherit her estate under the law of intestacy. Sadly, as Barbara predeceased Mrs Meek it was in fact Mrs Meek that inherited Barbara’s intestate estate and some £300,000 of Mrs Meek’s estate was represented by this inheritance.

Ms Parkin acknowledged that she had fallen out with Gladys and therefore it would be unlikely that she would wish to benefit her. Mrs Meek had had no contact with Mr Parkin for many years.

It was true that Mrs Meek loved her former deputies ‘to bits’ and had they not misbehaved in relation to the handling of her money she would probably have wanted them to benefit but it was felt that had she been aware of their conduct she would have been appalled and not wished to benefit them.

Susan and Rachel Grimshaw gave evidence with no expectation of any benefit but they ended up being the only people who had any claim on Mrs Meek’s estate – to the extent that it related to the inheritance from Barbara.

As a result Judge Hodge said that in considering how the testator should make provision in her Will on the basis of being remembered for doing the right thing the right approach was from the viewpoint of the ‘well-informed, and disinterested, objective bystander.’

In this case this meant providing one-quarter of the residuary estate to Barbara Meek’s god-daughter Rachel Grimshaw with a gift over to her issue. The remainder of the estate was to pass to charity.

It was a good thing the statutory Will was settled as Mrs Meek sadly passed away shortly after the Will was executed.

As far as the security bond was concerned, the judge felt this too had to be considered on the ‘best interests’ basis and so called in the whole of the bond – £275,000 – in the face of protestations by Mrs Miller and Mrs Johnson who offered to make some restitution themselves. He said the whole purpose of having such a bond was to provide a speedy and effective source for remedying any default on the part of a deputy. The court’s jurisdiction endured beyond Mrs Meek’s death and the money needed to be recovered so that a costs order could be made.

The judge stopped short of requiring the panel deputy to refer the matter to the police. Again, it was not in Mrs Meek’s best interests to make further calls on the deputy’s time and (while she was alive) such investigations may discourage Mrs Miller and Mrs Johnson from visiting her further.

The case was not anonymised to at least ensure that there was no shield for Mrs Miller and Mrs Johnson who had abused their positions. He said it was in the public interest to expose them to the full glare of publicity which he hoped would act as a deterrent to others. 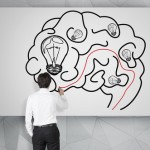 Capacity to Make a Will – The True TestWills

Book review: Parker’s Will Precedents – 8th EditionBook Reviews for Private Client practitioners, Wills
This website uses cookies for functionality and to help us to improve the experience of the website. By continuing to use this website, you accept their use or you can also change your personal settings.