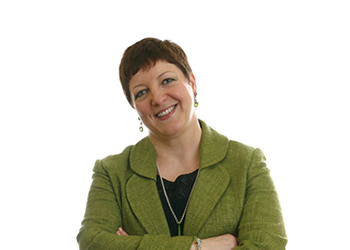 Following the Budget on 18 March 2015 the Finance Bill 2015 was published on 24 March 2015. There is little of particular interest in this version of the Bill which has to be expedited to Royal Assent before 30 March 2015 when Parliament dissolves in readiness for the election.

Gone are the clauses about trusts and even the tidying up changes to ss 80 and 144 IHTA 1984 and only the modest changes remain exempting decorations and other awards from IHT and extending the relief for death from injuries sustained by the armed forces to emergency personnel – ss 74 and 75 Finance Bill 2015 respectively. These provisions are the same as they appeared in the draft Finance Bill.

The existing exemption in s.154 IHTA 1984 for emergency service personnel applies where the deceased was a member of any of the armed forces or a civilian subject to service discipline within the meaning of the Armed Forces Act 2006. Exemption applies when a person dies from a wound inflicted, accident occurring or disease contracted at a time when specified conditions were satisfied. These are either:

They also qualify for the exemption if they died from a disease contracted at some previous time and their death was hastened because the disease was aggravated by the specified conditions. Death does not have to occur at the time the person was injured – death may occur sometime after but it was hastened by the injury.

The extension of the relief to ‘emergency service personnel’ includes members of voluntary organisations as well as fire & rescue; NHS staff; “constables and service personnel targeted because of their status” whether on or off duty; coastguards; crew of RNLI lifeboats & persons transporting organs.

There is also an extension of the s154 relief for armed service personnel responding to an emergency as otherwise it would be anomalous if the emergency services attending had the relief and not the armed forces personnel who were assisting when it was not a warfare emergency.

Of course, the Bill was required to ensure the continued authorisation of the charge for and rates of tax. However, the only substantive issues for private clients which have been included are the disposals of UK residential property interests by non-residents and Private Residence Relief itself, the latter of which are contained in Schedule 9.

We will have to wait until after the Election in May now to discover what if any changes will affect trusts. It is likely that a new Government may wait until the Autumn to introduce its new Budget and depending on which part(ies) are elected the proposals squashing the effectiveness of pilot trusts remain off the statute book.

Implied, resulting or constructive trust of shares in family companyTrusts 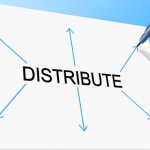 How should PRs protect themselves from contingent or unascertained liabilities?Probate
This website uses cookies for functionality and to help us to improve the experience of the website. By continuing to use this website, you accept their use or you can also change your personal settings.