Implied, resulting or constructive trust of shares in family company

The Court of Appeal in this case were asked to decide upon the beneficial ownership of certain shares in a family company for the purpose of determining whether they were in the ownership of Mr Richard Shield on his divorce. It raises the inevitable question – how do you protect family companies on divorce?

Richard and Susan Shield were married for 43 years before separating in 2012. They are now divorced. As part of her financial relief Susan issued an application to include Richard’s 15,108 A shares in R A Shield Holdings Limited (RASH). Their son Christopher held 17,011 B shares in the company but Richard’s A shares have enhanced voting rights so Richard controls the company in general meetings. Susan held 1,660 B shares.

At first instance, as part of the financial relief claim, the Judge had to decide whether Susan and/or Richard’s shares in RASH were held on trust for Christopher. The background to this claim was that RASH group of companies had been inherited by Richard from his father and in 2002, when the company was not doing very well, Christopher moved from London to Leicester to take over the running of the company.

Richard’s brother-in-law was an experienced businessman and designed a significant restructuring of the business to revive its fortunes. An accountant also became involved to address the tax implications of the restructure and this resulted in serious tax advice being obtained from counsel.

The restructuring scheme did go ahead with Revenue clearance. It meant that there had to be a new holding company, RASH, and the shareholdings were altered to provide for the Shields as above. To retain Business Property Relief for IHT on his death the shares owned by Richard were given weighted voting rights.

At the time of the restructure both Richard and Susan declared an intention to leave their shares in RASH to Christopher by Will and did so. It was an essential element of the tax saving scheme that Richard would retain beneficial ownership of his RASH shares until death and not dispose of them to Christopher.

Against this backdrop Christopher sought, as intervener in his parents’ divorce proceedings, that there was a common intention between himself and his father that he should have Richard’s shares on his death; as a result of which Christopher changed his position to his detriment in reliance on this agreement so that a common intention constructive trust or an estoppel arose.

However, the Judge made it unambiguously clear in various parts of his judgment that although it was anticipated that Christopher would receive his parents’ shares by their Wills there was no express and binding agreement about this. The specialist tax advisers at the time of the restructure emphasised that this was the basis of the clearance with HMRC and it was not possible to agree one thing with HMRC and another between themselves. Without a binding agreement between them Christopher’s claims for constructive trust or estoppel, against Richard, failed.

There was no doubt that Richard intended to make a bequest of the shares to Christopher but he was able in law and equity to freely deal with them until death because there was no contract or binding equitable promise which it would have been unconscionable of Richard to disregard.

Christopher failed to prevent his father’s shares forming part of his mother’s claim for financial relief. 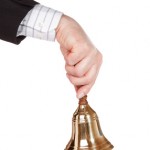 The bell is tolling for pilot trustsTrusts